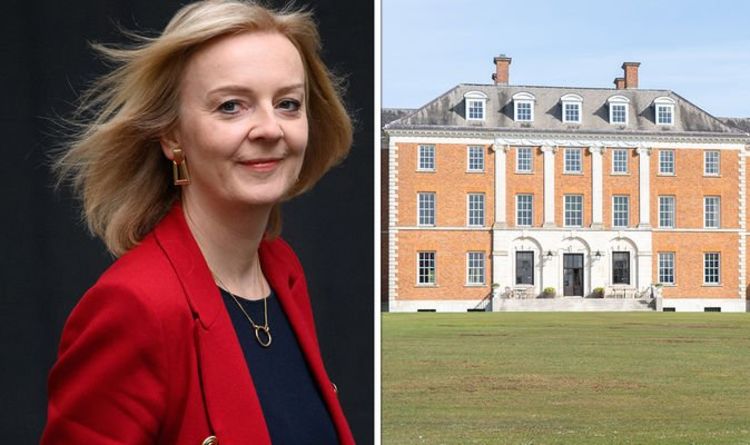 Lizz Truss is one of the Cabinet’s longest-serving members having been elected as an ‘A list’ conservative candidate in 2010. With more than a decade of experience behind her, Miss Truss has made her mark in a number of Government departments, from equalities to international trade. Since replacing Dominic Raab as Foreign Secretary and leading the way in Britain’s Brexit negotiations, Ms Truss is often travelling the world but where does she live while working on home soil?

Where does Liz Truss live?

Like many Government ministers, Liz Truss splits her time between her home constituency and Britain’s capital.

Having been elected as MP for South West Norfolk in 2010, the newest Secretary of State for Foreign, Commonwealth and Development Affairs continues to reside in the market town of Thetford.

Liz Truss lives with her husband and two daughters at their rural address in the medieval town which has been their family home for almost 12 years.

The civil parish of Thetford can be found in the Breckland district of Norfolk, between Norwich and London.

Despite being born in Leeds, 46-year-old Liz Truss has since lived in a number of locations before purchasing her current home in Norfolk back in 2010.

With properties in Thetford fetching an average of £217,777 over the past year, the minister and her accountant husband bagged a bargain when they bought the property for just £180,000 almost 12 years ago.

The pair’s three bedroom detached house is now thought to be worth more than £250,000 following a ground floor extension to the property back in 2017.

In a rural setting, it seems Liz Truss’ family home is an idyllic spot for the family to relax with Norfolk’s stunning coast and countryside both nearby.

In addition to her Norfolk residence and London home, Liz Truss is also thought to have a third property at her disposal.

With her prestigious title as Foreign Secretary, Miss Truss is also partial to a stay at Chevening House – an impressive 3,000 acre countryside mansion in Kent.

Found between Sevenoaks and Biggin Hill, the sprawling estate has become the unofficial residence of the Foreign Secretary.

Since resuming her position as Foreign Secretary in September 2021, both Liz Truss and her predecessor Dominic Raab have shared the Grade I listed mansion.

The unusual agreement came as a compromise by Prime Minister Boris Johnson, who agreed to allow the two prestigious cabinet members to share the building for personal and business purposes.

DONT MISS:
Brexit LIVE: Yikes, they were right! Remainers mocked on unemployment [LATEST]
How to get the most of your heating this winter – 3 radiator hacks [INSIGHT]
Best time to prune climbing roses explained – why now is crucial [EXPLAINER]

Since being gifted to the nation in the 1950’s, the 115 room historical mansion has become known as the ‘grace-and-favour’ estate.

The official website for Chevening House states: “Under the terms of the Chevening Estate Act of 1959, the Prime Minister has the responsibility of nominating a person to occupy the house privately as a furnished country residence.

“This person can be the Prime Minister, a minister who is a member of the Cabinet, a lineal descendant of King George VI or the spouse, widow or widower of such a descendant.”

Despite having partial entitlement to the impressive manor house, Lizz Truss continues to live in her more modest country home in Norfolk, using Chevening House as a business destination rather than a secondary residence.

How did Liz Truss become an MP?

Born in Leeds to left-wing parents, the experienced MP quickly set her own path when she started her career as an economist and accountant.

The conservative member went on to be elected as a councillor in Greenwich in 2006 and later found her long-term spot as MP for South West Norfolk in 2010.

As one of the longest standing Cabinet members, the 46 year-old mother of four has served in a number of Government departments, all the while raising a family with her husband Hugh O’Leary.