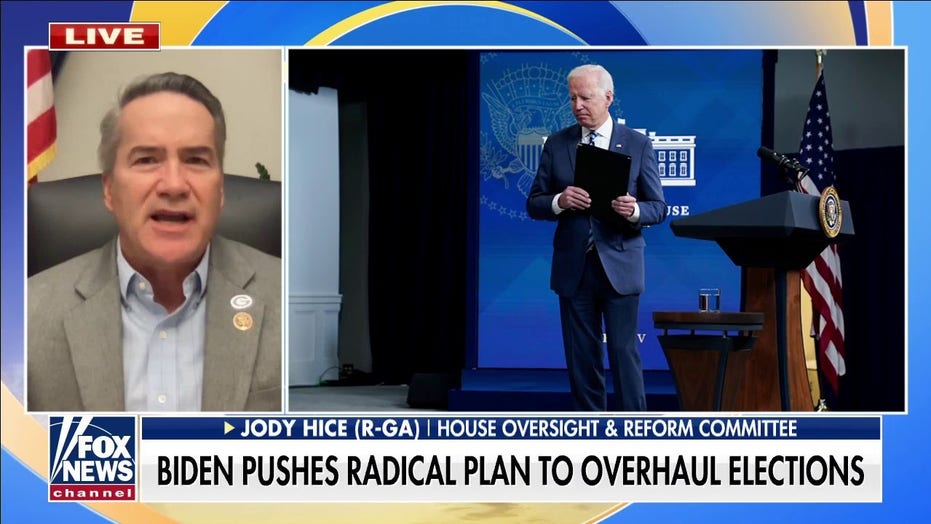 Rep. Jody Hice, R-Ga., said on Tuesday that President Biden pushing a radical plan to overhaul elections is nothing but a “power grab.”

“This is nothing but a power grab to take the right at the constitutional authority of states to manage their own elections, and it’s a federal takeover of our elections,” Hice told “Fox & Friends First.”

Hice claimed the measure will “install the ability for Democrats to cheat in the elections at a time when states are doing everything they can to shore up election integrity.”

“The Democrats now are coming in trying to dismantle all of that. It is shameful. And of course, they’re coming to Georgia because Georgia is ground zero in this battle.” 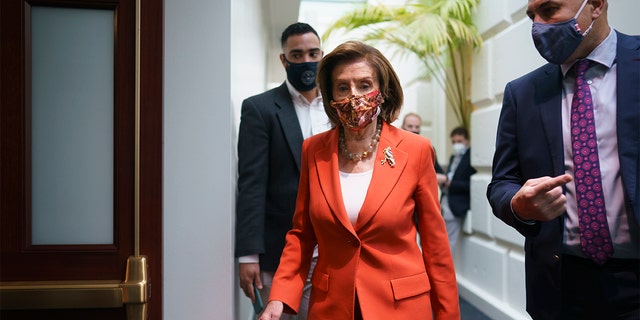 Speaker of the House Nancy Pelosi, D-Calif., arrives to meet with the Democratic Caucus at the Capitol in Washington, early Tuesday, Nov. 2, 2021.
(AP Photo/J. Scott Applewhite)

Biden is headed to Georgia today to call for changes to filibuster rules to pass legislation, overhauling U.S. elections.

Biden will be in Georgia with Vice President Kamala Harris to make his pitch to the American people. They will visit Ebenezer Baptist Church and place a wreath at the crypt of Martin Luther King Jr. and his wife, Coretta Scott King.

Biden said in an interview last month that he would support an exception to the Senate’s filibuster rule when it comes to the package that passed the Democrat-controlled House earlier this year but hit a roadblock in the Senate. 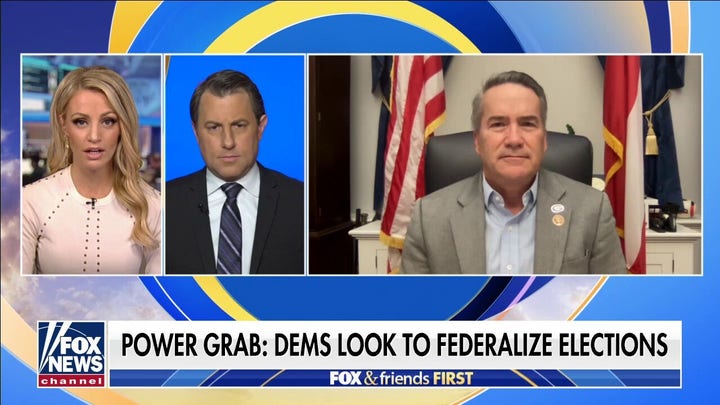 Getting rid of the filibuster rule would lower the typical 60-vote threshold for passage to 50. In the split 50-50 Senate, Harris can break a tie, allowing Democrats to push past Republicans.

With Sen. Joe Manchin, D-W.Va., essentially ending Biden’s chances to pass Build Back Better, the Democrats have pivoted to establishing a federal election framework, which Republicans say is little more than an “election takeover scheme.”

Like other Democrats, including Vice President Kamala Harris, Senate Majority Leader Church Schumer, D-N.Y., and Rep. James Clyburn, D-S.C., Speaker of the House Nancy Pelosi, D-Calif., also tied the one-year anniversary of the Jan. 6 Capitol riot to the need for federal election reform to “protect our Constitution and our democracy.” 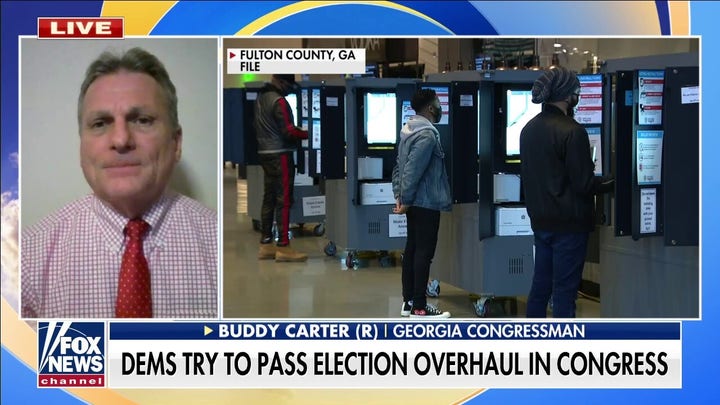 Carter added that the Democrats want to take away voter I.D., though voters from both parties want to keep it to ensure honest elections. 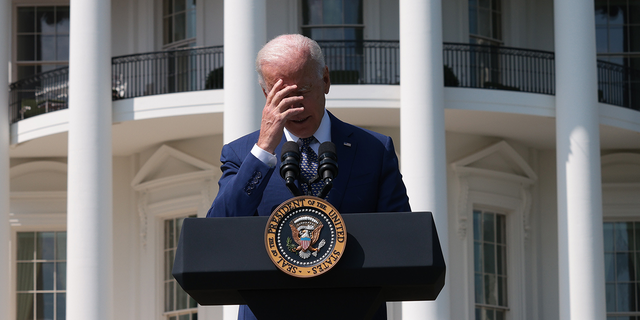 President Biden delivers remarks during an event on the South Lawn of the White House Aug. 5, 2021, in Washington, D.C. Biden delivered remarks on the administration’s efforts to strengthen American leadership on clean cars and trucks
(Win McNamee/Getty Images)

“They want to make it to where candidates that you may not even agree with or approve get money from taxpayers. I mean, it’s just ridiculous what they’re trying to do here to federalize these elections when it’s perfectly clear in our Constitution in Article Two, Section One, Clause Two that the state legislatures are given the right exclusively to set the voting laws in the states and in the union,” he said.