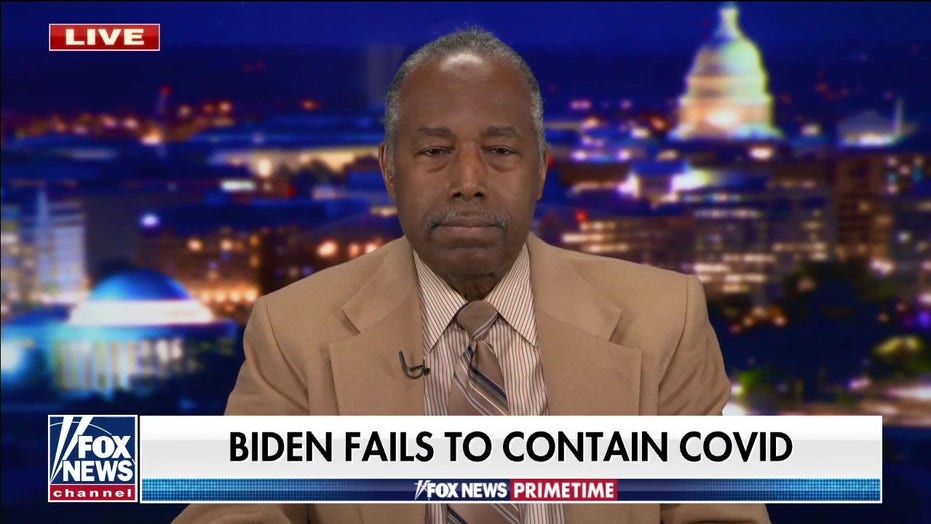 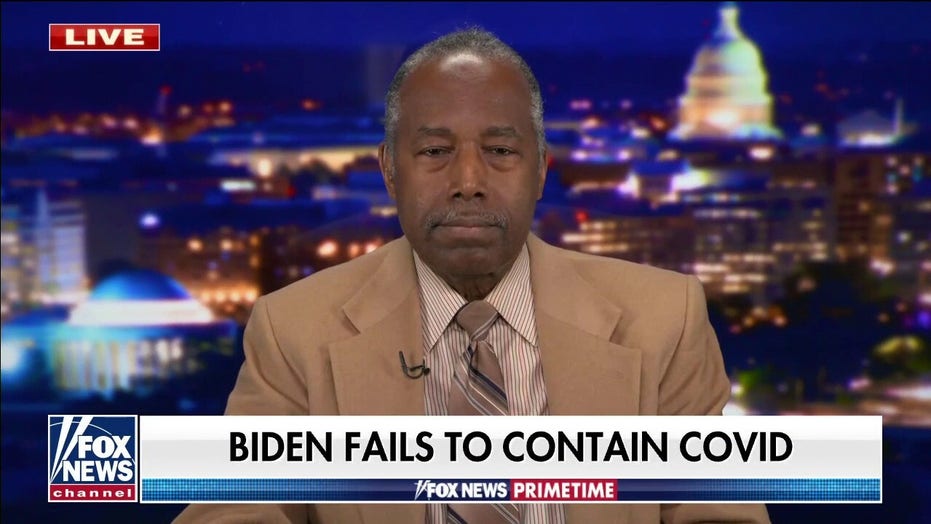 Biden is taking a ‘nonchalant’ attitude to science: Dr. Carson

Former HUD secretary Dr. Ben Carson says there should have been more planning to have the antiviral pill readily available before its approval.

Dr. Ben Carson called out the Biden White House and the Food and Drug Administration for “dragging” their feet on coronavirus therapeutics Thursday on “Fox News Primetime.”

“There doesn’t seem to be any excitement about it,” Carson told host Brian Kilmeade. “There should be some massive planning that should have been going on even before they OK’d it in order to make it available to people because it’s pretty impressive what can happen.”

The FDA granted emergency authorizations for two oral antiviral drugs to help prevent a severe infection of COVID-19 — Pfizer’s Paxlovid and Merck’s molnupiravir. Both treatments are available by prescription only to patients with positive SARS-CoV-2 testing and are at high risk for progression to severe COVID-19, according to the FDA, and treatments are not a substitute for coronavirus vaccines and not used as preventative drugs.

The Department of Health and Human Services will begin allocating limited Paxlovin treatment in the first week of January to all 50 states. The supply is expected to increase in January with additional shipments every two weeks.

Merck is expected to begin shipment of its pills within days, becoming available in early January.

The drugs have “pretty spectacular results” and can decrease hospitalization rates by 90 percent, the former Department of Housing and Urban Development secretary said.

“It would be nice, though, if they didn’t keep trying to scare people, and if they talked about some of the therapeutics and natural immunity, then everybody wouldn’t be frightened and running off to get these tests,” he added.

The Biden administration has faced criticism for its messaging around omicron preparedness as the country is facing a shortage of at-home tests amid a spike in cases.

“The fact of the matter is people who have natural immunity, people who have been fully vaccinated, people who are young and healthy are very unlikely to suffer any significant consequences from this disease, and we’re not talking about that,” Carson continued.

The Biden administration has had “blinders on” in its vaccine push to fight the coronavirus, he said, adding that it doesn’t make “any sense scientifically” to ignore natural immunity and therapeutics.

“We need to take advantage of the tremendous medical facilities we have and the knowledge that people have and stop badgering the doctors and trying to tell them what they have to say and what they have to do and let them use their medical expertise,” Carson said. “Because every case is different, and it depends on what your comorbidities are, what your age is — there are a whole lot of factors, and trying to put everybody into a one size doesn’t make any sense at all.”

“Why are they not talking about natural immunity?” Carson asked. “Natural immunity is fantastic. I have natural immunity — a bunch of people have it. Very few people with natural immunity are getting reinfected as opposed to people who are getting immunity by vaccines. So these are the kinds of things if you’re following the science that you would be all over and you would be, you know, you couldn’t get enough of it. But they seem to take a pretty nonchalant attitude about it and just insist that everybody, including children, must be vaccinated.”