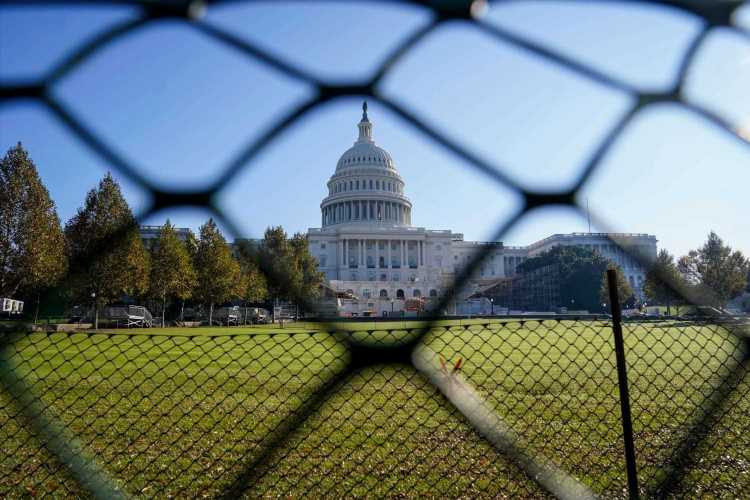 Pennsylvania has one of the most varied economies in the country.

Chocolate giant Hershey Co. and the state's agricultural sector has helped make Pennsylvania home to more than 2,000 food-processing sites. Its manufacturing industry employs more than half a million, and energy production from the Marcellus Shale routinely makes it one of the nation's top natural gas producers.

It's that economic variety that makes campaigning in Pennsylvania so absorbing, says Jeff Bartos, a Republican running to fill a seat in the U.S. Senate in the 2022 elections.

Bartos and dozens of other Republicans will hit the campaign trail in earnest in the coming months as the party looks to retake both the Senate and House of Representatives in the 2022 midterm elections. Political strategists say states including Pennsylvania, Arizona and Georgia are expected to see some of the tightest races and decide whether Democrats maintain their narrow hold over Congress.

CNBC spoke with Bartos and Arizona Republican Jim Lamon, who is also running for Senate, to hear their thoughts on the economy heading into 2022. Both men said they plan to focus on what they view as wild inflation and reckless federal spending.

Bartos, who owns a contracting company and some Philadelphia-based real-estate development firms, says business executives and workers he speaks with on the campaign trail all complain of one thing.

"I would say, specifically, the current tax that is crushing working families is inflation," he said.

"We've traveled across all 67 counties of the Commonwealth multiple times. And my fellow Pennsylvanians are saying that higher prices at the grocery stores and at the gas pump are killing them," he added. "They're making decisions for their families that are uncomfortable because of these rising prices."

Inflation eats away at the purchasing power of each dollar, meaning that consumers who haven't received a raise can't buy as much milk or gasoline with their wages as they could have one year ago. The Labor Department's most recent consumer inflation report showed prices rose 6.8% in November, the fastest rate since 1982.

Those thoughts are echoed, on the other side of the country, by Bartos' fellow Republican Jim Lamon, who hopes to unseat Sen. Mark Kelly, D-Ariz., in November. The ideological parallels between Bartos and Lamon betray the GOP's broader blueprint for 2022 that relies on the economy, and inflation, as key talking points on the campaign trail.

Lamon and Bartos blame what they view as Democrats' wasteful spending for the current jump in inflation and told CNBC they'd be happy to see the federal government do less. Bartos, born and raised in Berks County, Pennsylvania, is vying to succeed fellow Republican Sen. Pat Toomey when he retires at the end of his current term.

Though Bartos praised Toomey's leadership on economic issues, he said he differs from the incumbent on whether former President Donald Trump should have been convicted of "incitement of insurrection" on Jan. 6, 2021. Toomey joined Democrats earlier this year in voting to convict Trump.

The Pennsylvania race has already generated its own political drama after Trump's pick to win, Sean Parnell, dropped out after losing a contentious custody battle against his estranged wife who accused him of spousal and child abuse. Bartos faces a host of other primary challengers including Dr. Mehmet Oz, a celebrity physician.

Pennsylvania Lt. Gov. John Fetterman leads on the Democratic side of the ticket and, while still early, has led any Republican in the limited polling available on FiveThirtyEight. Fetterman, the former mayor of Braddock, Pa., a postindustrial town near Pittsburgh, is a populist Democrat who seeks to unite the party's progressives with Rust Belt voters who backed Trump.

It's been decades since inflation was hot enough to cause political backlash, but the current pace of price increases threatens to end Democrats' hold on Congress in the key 2022 midterm elections.

Democrats argue — with good evidence — that the current inflation is the unsurprising and temporary result of an economy bouncing back from the worst of the Covid-19 pandemic. President Joe Biden and other Democrats say that supply-chain disruptions will ease in the coming months as fiery demand for goods cools off and more people return to work.

That argument seems to be persuading everyday Americans, who increasingly blame Democratic leadership for mismanagement of the U.S. economy.

Meanwhile, a recent Gallup poll showed that 45% of American households say that recent price increases are causing their family some degree of financial discomfort. Ten percent said inflation is a "severe hardship" that impacts their standard of living.

The Republican argument also seems to resonate with conservative Democrat Sen. Joe Manchin of West Virginia, who announced over the weekend that he would oppose the administration's $1.75 trillion Build Back Better legislation.

Manchin's declaration amounts to a crushing blow to the bill in its current form since he represents one of 50 Democrats in a Senate split 50-50. If party leadership opts to move forward on the bill, it will likely require significant reductions to its many climate, family and worker protections.

Other Democrats have tried to convince Americans, including Manchin, that the BBB legislation would not aggravate inflation and that infrastructure improvements would ease price pressures over time.

The public's support for the legislation has wavered in recent weeks. Following the passage of the bill in the House, Morning Consult and Politico found that 49% voters supported Build Back Better and 38% opposed it. An NPR/Marist Poll conducted between late November and early December found that 41% of adults supported the bill, while 34% said they opposed it.

Meanwhile, the GOP has already seen some success in leveraging inflation angst on the campaign trail.

Republican Glenn Youngkin's recent victory in Virginia's gubernatorial election has been viewed in part as an endorsement of his inflation-focused strategy.

"Our early focus on runaway inflation and the growing supply chain crisis is hitting home with voters. We need to keep hammering away and work on bringing solutions to the table to address their concerns," Rep. Jim Banks, R-Ind., wrote in a memo following the Virginia election results. Banks is chair of the Republican Study Committee, a group of the most conservative House Republicans.

Youngkin's victory over seasoned Democrat Terry McAuliffe is even more noteworthy since Biden won the state by a healthy 10 points in 2020. If Democrats can't win in states where the president won by 10 percentage points two years ago, Arizona Republican Lamon could have a good shot at replacing Democratic Sen. Mark Kelly.

A spokesperson Arizona's Democrats told CNBC that the retired NASA astronaut has made reducing inflation a top priority. Kelly sent a letter to Biden in November urging the White House to take all actions to help lower gasoline prices, including crackdowns on price gouging and bumping domestic petroleum production.

And on Tuesday, he sent a letter to and Department of Agriculture Secretary Tom Vilsack and Transportation Secretary Pete Buttigieg to urge the pair to ease supply-chain disruptions in the food industry.

"Republicans in the Arizona Senate primary have made clear their focus is entirely on re-litigating the 2020 election," said Arizona Democratic Party spokeswoman Sarah Guggenheimer. "Meanwhile, Senator Kelly goes to work every day addressing the problems that actually matter to Arizonans like lowering costs and cutting taxes."

Joining other Arizona Republicans running for office in 2022, Lamon on Friday spoke during a protest contesting the 2020 election results outside Arizona Attorney General Mark Brnovich's office.

Brnovich, a Republican and primary challenger to Lamon, helped certify Arizona's election results for Biden and has repeatedly said his office has found no evidence of widespread voter fraud. Trump and his supporters have falsely claimed that the election was rigged against the former president.

"Thanks for being here today. I stand with you," Lamon said to an audience of several dozen applauding Arizonans and Trump supporters.

"Brnovich said [if] we show him the evidence, that he'll prosecute," Lamon continued. "Brnovich: Do your damn job."

Lamon added that, should he win his bid for Senate, he will push the governor "to make sure that we follow up and find out what went on, who needs to be prosecuted and who needs to go to jail."

Lamon agreed with Bartos' characterization of inflation, which he called a "silent tax" on Arizonans. He listed a few of his campaign's top economic priorities.

"Number One: Start living within our means. We can't have this endless government spending. You know, it's fueling inflation," he said. "We send almost $4 trillion to the Treasury. And, quite frankly, that's enough."

Still, Arizona's could prove one of the closest elections in the country since the state's voters opted to elect a Democratic president in 2020 for the first time since 1996.

But Kelly isn't the only politician concerned about critical supply chains like that for semiconductors. Republican Lamon also said he plans to focus his campaign on national security and trade issues like Washington's reliance on China for a category of strategic metals known as rare earths.

The metals are used to make products as diverse as smartphones and electric vehicles to military hardware and weaponry. China remains dominant in the global marketplace for mining and processing rare earths, a fact that poses headaches for Wall Street and worries for the Pentagon.

"I am not one who is going to treat China as a friend. They are an enemy of this country. They have a goal of taking over this country, and they're doing it very patiently and very subtly," Lamon said.

Lamon served six years as an Army officer, three of which were spent in Germany during the Cold War. He's also a veteran of the energy industry and founder of DEPCOM Power, an engineering and construction company that builds large-scale solar power plants and employs about 1,600 across the country.

"We have got to get back to energy independence. I even propose that we move to energy dominance," Lamon said Thursday. "We've got to open up the American lands, we can do it responsibly."

"It's not that difficult to do: You've just got to get the damn government out of the way. These endless EPA Forest Service reviews are killing us."