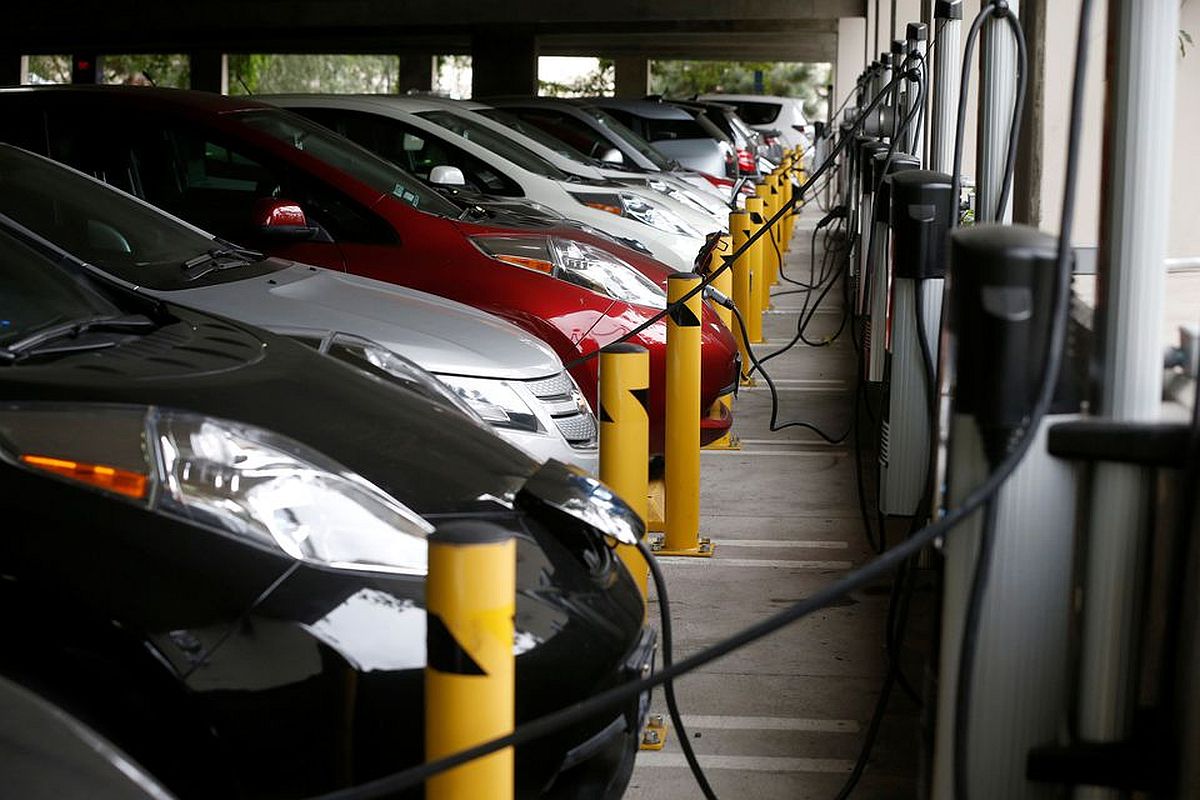 What has led to the change in priorities? Forty-six of the world’s 100 most polluted cities are in India! India’s electric mobility goal, which has so far been riding on two wheels, is all set to graduate to four wheels.

At least, the journey has begun.

It would eventually straddle premium and mass segments.

The first of these — the electrified version of an internal combustion engine (ICE)-powered model — will go on sale as early as next year.

Others are also revving up.

What has led to the change in priorities? Forty-six of the world’s 100 most polluted cities are in India, according to the 2020 World Air Quality Report.

An aggressive policy push through centralised and state subsidy schemes has nudged automakers to announce plans to launch affordable EVs.

With these schemes, EVs are expected to account for just 30 per cent of total vehicle sales in India by FY30.

By then, EVs will take half the auto market in Japan, China, the US and western Europe and around 40 per cent in Brazil and India, according to KPMG’s 22nd Annual Global Automotive Executive Survey, 2021.

The key to reaching the goalpost in India, however, lies in competitive pricing.

Unlike other markets, that is the only way four-wheeled mobility in the personal segment can become electric.

“Whether it is Hyundai or any other manufacturer, the sweet spot will be to attain the price point of Rs 700,000 to Rs 10,00,000 for an EV,” said Avik Chattopadhyay, an auto industry veteran.

Alongside, the charging infrastructure will have to keep pace, too.

Right now, all the offerings are beyond the Rs 10,00,000 threshold and that leaves out 75 per cent of the market.

Hyundai is the first global car company to have spelt its plans for a mass-market EV in India.

“Hyundai has been very serious about the Indian market and next to Maruti it’s the only challenger brand,” said Harshvardhan Sharma, head, auto retail consulting practice at Nomura Research.

For luxury carmakers such as Mercedes, Audi and BMW it has been a “foot in the door” strategy with imported models addressing the top end of the market (Rs 1 crore-plus).

For the rest, as they seek to align themselves with the global powertrain strategy of the parent companies it’s only a matter of time before they announce India EV plans.

For instance, earlier this year, French carmaker Renault announced it would invest €10 billion in electrification over the next five years.

EVs will account for 90 per cent of its models by 2030, Reuters reported in June quoting the company’s global chief executive.

“Automakers here must apply the same strategy as done in China, with ample support from the government on infrastructure and incentive to switch,” said Chattopadhyay.

Hyundai has, for instance, invested deeply in the R&D function for India and is expected to be a formidable contender to Tata Motors and others in the EV space, added Sharma.

A strong technology base for battery and other electrical and electronic parts in its home market will be an added plus for the company, he pointed out.

So far, Tata Motors, which sells the e-Nexon and e-Tigor, has a monopoly with over 70 per cent share in the segment.

Most of these will be the electrified versions of the ICE-powered models.

The Tata Group flagship, which recently raised $1 billion from TPG, is also working on a “born electric” car that may hit the road sometime in 2028, said a person aware of the company’s plans.

Toyota Motor will invest 4 trillion yen ($35 billion) by 2030 in the development of electric vehicles as it targets sales of 3.5 million EV and fuel cell vehicles globally, Nikkei Asia reported on Tuesday.

Meanwhile, the only car company that remains conspicuous by its absence in the segment is market leader Maruti Suzuki India.

The India subsidiary of Suzuki Motor Corp has set 2025 as its target year for an EV roll-out, but could spring a surprise on its rivals by wading in earlier, say industry observers.

Its product strategy for India will be largely determined by its alliance partner Toyota.

Unlike most of the others that are betting solely on battery electric vehicles, Maruti will hedge its bet on multiple technologies.

“Suzuki will have a wide variety of counter measures to meet the emission and fuel efficiency requirements of the future.

“EVs will just be one of them,” said Sharma.

Right now, the company is sharply focused on flex-fuel vehicles — those that have an ICE engine and are capable of operating on petrol or an ethanol blend — and Compressed Natural Gas, while the country sorts out its electric infra problems and policies.

“This is a smart strategy,” said Chattopadhyay.

Suzuki may not be the pioneer in the category but will certainly set the benchmark when the products roll in, he pointed out.

While other automakers might have one or two offerings in the sub-Rs 10,00,000 segment, Maruti Suzuki could have three to four products to control the market, he predicted.

But for all the enthusiasm around electric cars, there are doubts whether the 30 per cent EV adoption target by 2030 under the national e-mobility programme can be reached.

According to a recent Brickwork Ratings report, the EV industry will need a compounded annual growth rate of over 45 per cent to achieve the target.

Overall, auto firms will have to incur capex to the tune of Rs 3.5 trillion exclusively for EVs in the next five to seven years to meet the government’s vision.

Companies are currently spending around Rs 25,000 crore to Rs 30,000 crore per year to enhance their capacity for model launches and upgrades of existing models.

The Brickwork report reckons that manufacturers will have to incur additional capex to the tune of Rs 30,000 crore per year on EV capacity expansion.

Looking at the challenging business environment, this level of spending is unlikely.