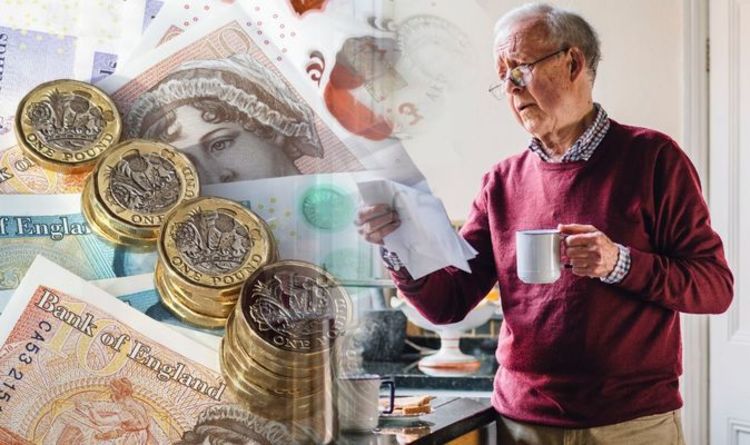 Inflation and interest rates have both risen in recent months, as prices rose to 5.1 percent in November and in response, the Bank of England raised the base rate to 0.25 percent. This will hit many households who have become reliant on debt and credit products and as such, StepChange has urged the DWP to act.

StepChange warned higher interest rates will push up the cost of borrowing while being unlikely to feed through to relief in the form of lower inflation quickly enough to help struggling households through the challenging winter months.

Even before the Bank of England increased interest rates, the markets had already factored in increases, raising the cost of borrowing. Average credit card rates are already at over 21 percent, according to the Bank of England and among StepChange clients, credit cards are the most commonly held form of debt.

Additionally, with inflation at over five percent, many households in debt are finding the gap between their incomes and their outgoings is getting ever wider, reducing their ability to make ends meet. The cost of food, fuel and energy is far higher than a year ago, yet many of the least well-off households, relying on Universal Credit, have seen their incomes reduced over that period.

As a result of these difficulties, StepChange argued it would be “entirely appropriate” for the Government to accelerate the timing of the previously announced 3.1 percent uprating of benefits due to take effect next April.

Waiting another four months for an uprating that “itself already falls short” of the increase in the cost of living may create problems for those lower income households already experiencing problem debt.

Richard Lane, StepChange Director of External Affairs, commented: “Throughout the pandemic, the Treasury has shown itself able to respond at pace and with agility to protect against the worst effects of Covid on the economy and on individuals.

“Now is the time to do so again, by bringing forward the timing of the benefit uprating to help households get through this next challenging period.

“For financially vulnerable households who are already struggling to make ends meet, neither higher interest rates nor high inflation are at all welcome, but for many such households the impact of higher inflation is the greater evil.

“An early uprating would be a tangible way of supporting those households at greatest risk of harm due to the rise in the cost of living.”

Thérèse Coffey, the Secretary of State at the DWP, confirmed in late November that benefit payments will be increasing by 3.1 percent in line with the Consumer Price Index (CPI).

For Universal Credit claimants, this means standard allowances for those who are single and under the age of 25 will rise to just over £265 a month. Those aged 25 or over will have their payments boosted to nearly £335.

Despite these increases, Kayley Hignell, the Head of Policy (Families Welfare and Work) at Citizens Advice, warned they do not go far enough.

She said: “[The DWP] has confirmed that despite significant increases in inflation already and more predicted, benefits won’t be changed to reflect this until April and then will only reflect prices of Sept 2020.

“This is the normal procedure but arguably these aren’t normal times – our latest research shows more than three million households are already facing a winter of cutting back on essentials, using crisis support and getting into debt.”

Research from Citizens Advice showed one in ten families, the equivalent of 3.2 million households, are set to face a financial crisis this winter.

The charity warned a further 380,000 households have less than £50 spare each month after covering basic living costs, while one in five have cut back on their food shop (19 percent) or used less heating (20 percent) in the run up to November in a bid to save money.

Ms Hignell continued: “This is all before a massive further hit to budgets in April with energy bills due to rise again and more financial support ending.

“Government must think again and take action to stop millions of people facing an impossibly tough winter and worse spring.”

In response to the energy crisis, the Government announced plans for a Household Support Fund in September.

This support fund will allow local councils to release £500million worth of support to help those most in need as the UK enters the “final stages of recovery”.