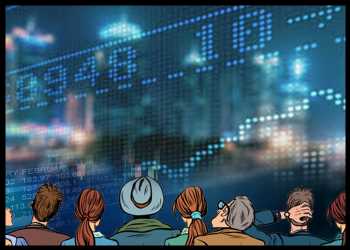 European stocks may open a tad higher on Thursday, with inflation concerns and fears of default emanating from Evergrande and Kaisa likely to keep underlying sentiment cautious.

Consumer inflation in China picked up to its highest level in over a year in November, while the country’s factory inflation slowed down slightly in the month from a 26-year high, official data showed earlier today.

Meanwhile, as Germany, France and the U.K. re-impose virus-led activity restrictions, a study by a Japanese scientist revealed that the Omicron variant of Covid-19 is 4.2 times more transmissible in its early stage than delta.

Asian markets traded mixed and Treasuries were stable after declining while gold dipped on a firmer dollar ahead of next week’s Fed meeting.

It’s a quiet day ahead on the economic calendar, with German trade data for October and the latest U.S. jobless claims figures likely to be in focus ahead of key U.S. inflation data due on Friday.

It is believed a strong U.S. inflation reading will increase pressure on the Federal Reserve to accelerate the conclusion of its asset-buying program.

U.S. stocks ended higher for the third day running on Wednesday after drug makers BioNTech and Pfizer said that a third shot of their vaccine was effective at guarding against the new coronavirus strain.

The Dow ended flat with a positive bias, while the S&P 500 rose 0.3 percent and the tech-heavy Nasdaq Composite added 0.6 percent.

European stocks fell on profit taking Wednesday amid worries surrounding China’s property sector, rising tensions between the United States and Russia regarding Ukraine, and the announcement of major new restrictions in the U.K. to curb the fast-spreading Omicron variant.