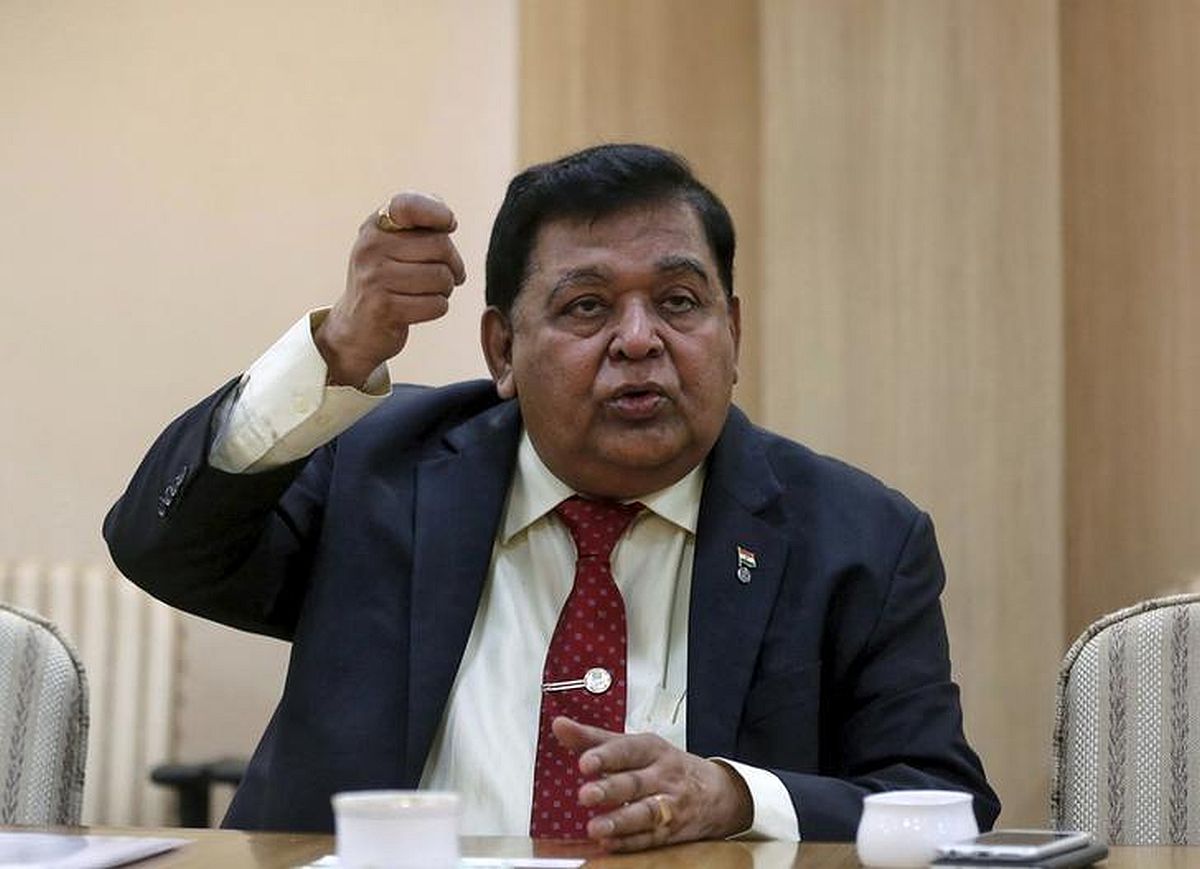 Of these, L&T lost seven tenders to companies that have never done the job but have qualified by bidding lower, says non-executive chairman A M Naik. Larsen & Toubro (L&T), India’s largest construction and engineering player, has lost as many as 14 large orders in the country because companies that don’t possess adequate technical expertise and experience, of late, have won the projects by bidding lower, claimed A M Naik, non-executive chairman of L&T.

But the company has made up for the losses by winning projects overseas, where it has acquired a sizeable market share amid tough competition from large global players, he said.

“Today, L&T does 60 per cent of its work outside India but here we have lost 14 tenders.

“Of these, we lost seven tenders to companies that have never done the job but have qualified.

“These projects will possibly never be completed or be done one or two years later, leading to cost overrun,” Naik said in an interview.

“It is reported that Rs 4.36 trillion is the cost overrun for Indian projects.

“It is the taxpayers’ money that is lost, besides a five-year delay.

“The delay is a huge opportunity loss for the country.

“The Rs 4.36 trillion loss is just the tip of the iceberg.

“In the five years that India lost, China would have created three to four times of what India had planned,” said Naik.

On L&T’s international business, the senior executive said the company is competing with American, European, Japanese, South Korean, and of late, even Chinese companies to bag orders.

“Whatever orders we lost in India, worth around Rs 12,500 crore, we have fortunately made up from orders from abroad — worth Rs 12,000 crore.

“We are now expecting another Rs 7,000 crore worth of orders from overseas.

“Isn’t it a pity that an Indian company like us has to go out to get orders?” asked Naik, while advocating an overhaul of tendering of infrastructure projects in the country.

Naik — who is credited with building L&T into a conglomerate with Rs 2.53 trillion of standalone market valuation as of today, from Rs 2,000 crore when he took over in 1999 — said the opposition parties are opposing those policies of the present government which they had supported when they were in power.

This leads to stalled economic policies, he said.

“All parties must come together and agree on projects that help the country,” he said.

“It’s time to change the political system as we have a tremendous amount of work that needs to be done.

“Otherwise, the potential of India’s GDP growth won’t be secured.

“So, real growth is very less. When we grow beyond the pre-Covid level of GDP, it will be real growth,” Naik said.

“The International Monetary Fund (IMF) and World Bank are saying India’s GDP is growing but they are not saying what was the economic growth before Covid and by how much India has come down.”

Naik said, against this backdrop, L&T must take up work of national relevance and importance.

“There are many projects that only L&T can do, else India will have to bring in foreign companies.

“The tallest statue of Sardar Patel was made by L&T, thus showing our high competence,” the non-executive chairman said.

Yet, Naik said, L&T is losing contracts in India because companies without technical knowledge or work experience are winning projects and later not completing those projects in time.

He said the Indian government offered L&T to complete several road projects abandoned by the lowest bidders but once the company was unable to take over those stalled projects they became unviable.

Speaking on high valuations of start-ups, Naik asserted a business model without any profit won’t sustain for long.

“When I set up L&T’s technology business, we started from zero.

“Today, the valuation of L&T’s (three) IT companies is worth Rs 2.51 trillion and L&T’s share in the market cap of these companies alone is huge (Rs 1.77 trillion).

“There are many who want to start a start-up and then sell the company within three to four years.

“No one wants to build a $20-billion company.

“There are companies that are listed with huge valuations but with no profitability in sight,” he said.

In the past, the senior executive said, if the profit-to-earnings (P/E) multiple went beyond 25, it was considered too high.

“Today, the P/E multiple is infinite if the company is loss-making.

“Even if a start-up is making a profit, the multiple is 100.

“Will this sustain? What’s the game-plan to make profits?

“I am a great supporter of innovation and creativity to improve the lives of people.

“Some companies have tasted blood and are getting valuation without profits.

“It’s too early to say how the start-ups will eventually pan out,” Naik said.

“Someday, some investors are going to lose very, very heavily.”