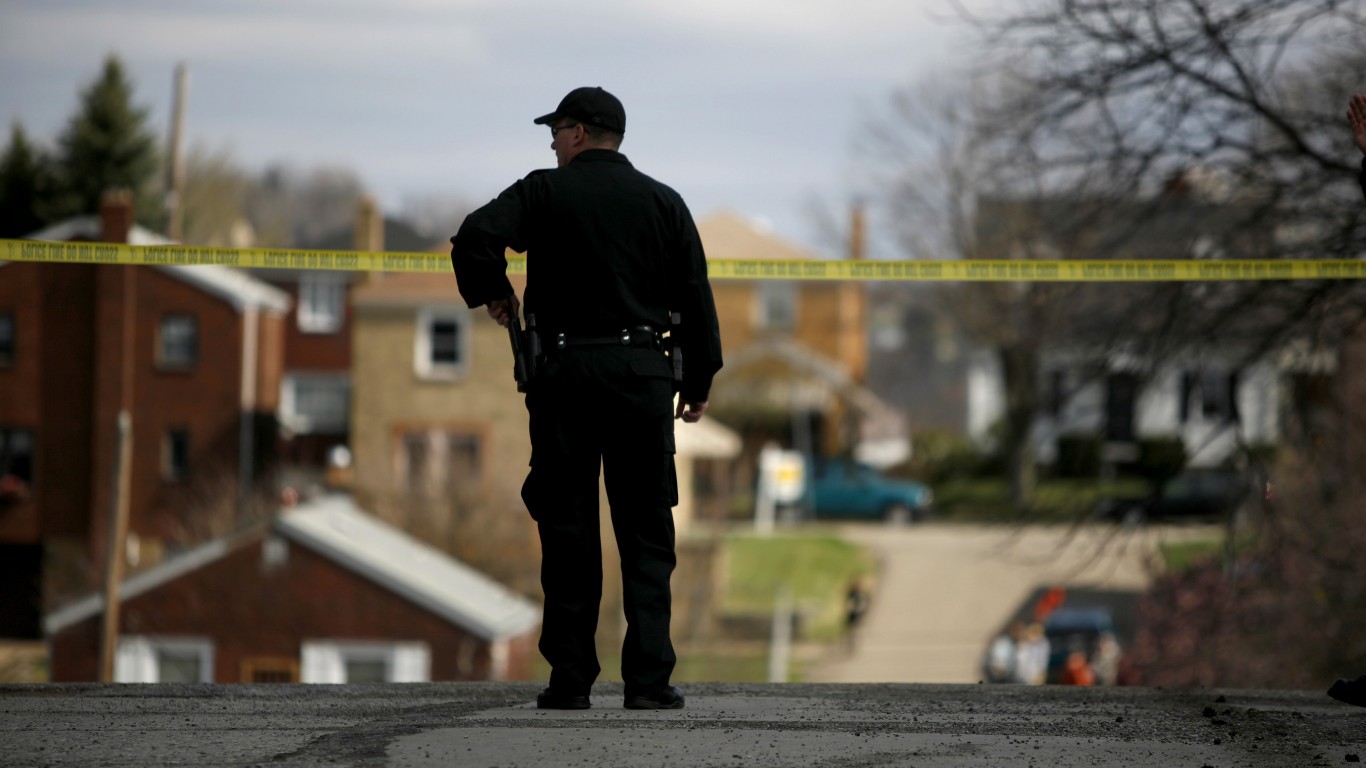 Communities and police departments across the United States are grappling with rising rates of deadly violence, as the U.S. murder rate reached its highest level in nearly two and a half decades in 2020. Despite the recent surge in homicides, however, most Americans face a far higher risk of being the victim of crimes that do not involve violence.

Property crimes, a broad category of theft-related offenses, are by far the most commonly reported of all major crimes in the United States, accounting for over 80% of the most serious offenses tracked and reported by the FBI. Property crimes fall into one of three categories: larceny, burglary, and vehicle theft.

Larceny is defined as the unlawful taking of property — pickpocketing and shoplifting being two common examples — and is the most common form of property crime in the United States. Burglary, defined as the illegal entry of a structure to commit a crime, such as theft, is the most severe form of property crime tracked by the FBI. Vehicle-theft, meanwhile, is a crime that can be either the theft, or the attempted theft, of a vehicle, such a car, motorcycle, or ATV.

There were a total 6.5 million property crimes reported in the U.S. in 2020, resulting in the theft of tens of billions of dollars worth of property — only a fraction of which has been recovered. In some U.S. towns, property crime is a particularly serious problem.

Using data from the FBI’s 2020 Uniform Crime Report, 24/7 Wall St. identified the towns with the highest property crime rates. Towns are ranked by the number of property crimes reported for every 100,000 people. We defined towns based on population thresholds, having at least 2,500 people and less than 25,000 people.