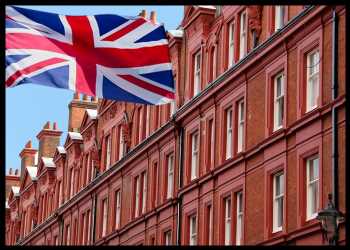 The house price index rose 8.2 percent year-on-year, same as in October, which was the highest rate since June.

Compared to the previous month, house prices rose 1.0 percent in November, same as in October. Economists had forecast a 0.8 percent increase.

“The performance of the market continues to be underpinned by a shortage of available properties, a strong labor market and keen competition amongst mortgage providers keeping rates close to historic lows,” Halifax Managing Director Russell Galley said.

The quarterly increase in the house price index hit a 15-year high in November. The quarterly figure accelerated to 3.4 percent from 2.3 percent in October.

Further, the average UK property price hit a new record high of GBP 272,992 in November versus GBP 270,184 in the previous month.

Since the onset of the Covid-19 pandemic in March 2020, and the UK first entering lockdown, house prices have risen by GBP 33,816, which equates to GBP 1,691 per month, the survey added.

Annual house price inflation for first-time buyers was 9.1 percent in November versus 8.8 percent for home-movers.

Halifax also found diverging patterns in house price growth across different property types. House price inflation for flats was in double-digits at 10.8 percent over the last year versus 6.6 percent for detached properties.

The difference could mean that the ‘race for space’ is becoming less prominent than it was earlier in the pandemic, with industry data also showing the overall number of completed transactions has fallen back since the end of the Stamp Duty holiday, Halifax said.

“Looking ahead, there is now greater uncertainty than has been the case for quite some time, with interest rates expected to rise to guard against further increases in inflation,” Galley said.

“Economic confidence may be also be dented by the emergence of the new Omicron virus variant, though it remains far too early to speculate on any long-term impact, given insufficient data at this stage, not to mention the resilience the housing market has already shown in challenging circumstances.”

Excluding the risk of a resurgence in the pandemic, Halifax said it was unlikely that the current level of house price growth would be sustained next year as house price to income ratios are already historically high, and household budgets are likely to come under greater pressure in the coming months.

Across regions, Wales remained the strongest performing region with annual house price inflation of 14.8 percent and the average house price breached the GBP 200,000 mark for the first time in history.

Meanwhile, the capital London continued to lag the rest of UK with an annual inflation of 1.1 percent in house prices. That said, the average price of GBP 521,129 meant London homes remained much more expensive than those in the rest of the country.