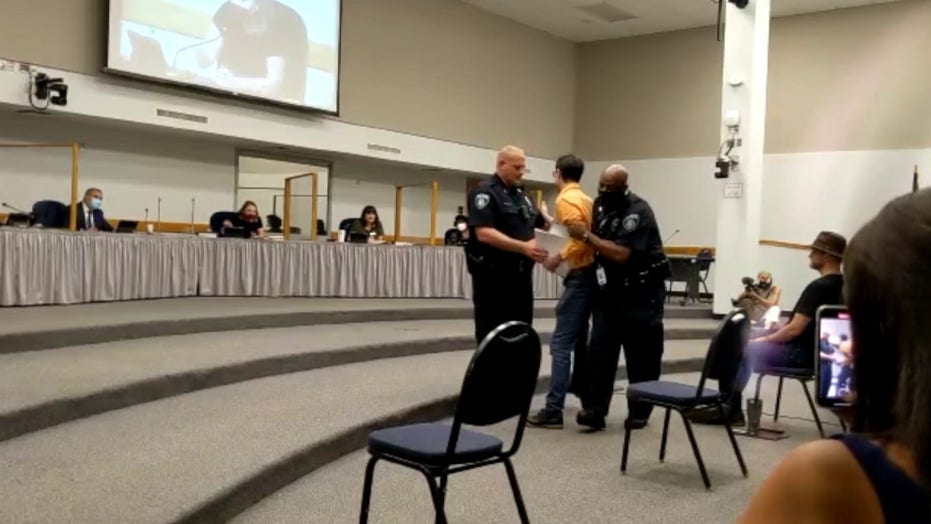 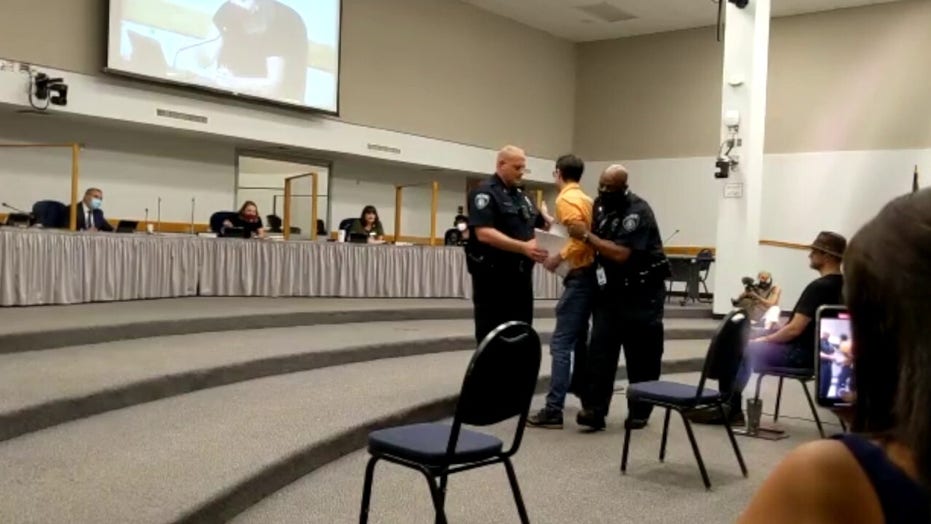 Five members of a Texas school board seemed on the verge of censuring their two conservative colleagues in a move that the conservatives say would reverse the will of the voters in a “naked political hit job” – one in a series of controversies the board is facing.

Amy Weir, the president of the Round Rock Independent School District (ISD) Board of Trustees, agreed to place on the agenda two censure resolutions against her colleagues, Mary Bone and Danielle Weston, following their complaints that the school district had violated the Texas Open Meetings Act by keeping members of the public out of a contentious school board meeting on Sept. 14. The resolutions came just days after two fathers got arrested for allegedly disrupting school board meetings, including that Sept. 14 meeting.

“The vicious censure resolutions to strip Trustee Mary Bone and me of the powers and duties bestowed upon us by the voters is a naked political hit job,” Danielle Weston, one of the trustees targeted in the resolutions, told Fox News. “The majority on the board are diverting taxpayer dollars and manpower away from students and teachers to destroy our reputations and inflict financial pain.”

When Weston and Bone learned of the censure resolutions, they filed a lawsuit to prevent the board from voting on them at the Sept. 22 meeting. Just a few hours before the meeting, Judge Betsy Lambeth granted the temporary restraining order blocking the move. Weir and the other trustees filed a motion challenging the court’s jurisdiction on the issue, and a hearing on that question is scheduled for Dec. 22. 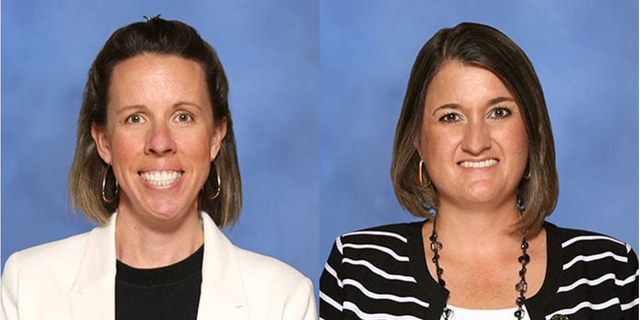 “We are not going to discuss the merits of the censure resolutions that are currently the subject of litigation,” Weir told Fox News. She chided Bone and Weston for speaking to the media, adding, “We will respect Judge Lambeth’s order and not interfere with her decision-making process.”

The censure resolutions mostly focused on the Sept. 14 board meeting. Before the meeting, the school board had set up 18 chairs in the large auditorium, severely restricting the available seating. Round Rock ISD reportedly stationed police officers at the doors to prevent members of the public from entering. More than 50,000 students attend the dozens of schools in the Round Rock district, which includes some of the largest high schools in Texas. 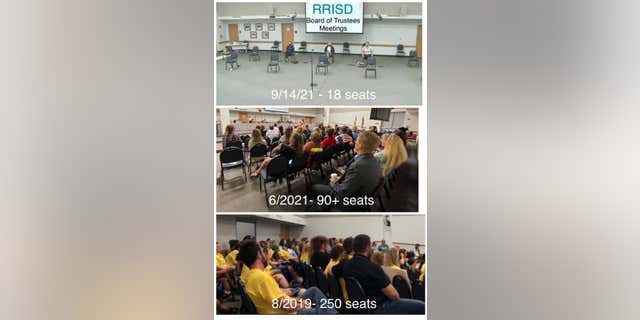 “The Texas Open Meetings Act states that the public must have full access to board meetings,” Weston previously told Fox News. “I peacefully left the 14 Sep 2021 RRISD board meeting because the school police were used to prevent members of the public from entering our meeting.”

According to footage of the board meeting, the public shouted, “Let us in!” Bone told Fox News that “there were children crying in the hallway.” After Bone and Weston walked out of the meeting in protest, the remaining board members went on to vote on a tax increase. Dustin Clark, a father of four children in public schools, raised his voice in protest and Weir directed school board police to escort him out.

On Sept. 17, sheriff’s deputies arrested Clark and another father (who resides in the district but whose kids go to school outside it), Jeremy Story, on the charge of hindering proceedings by disorderly conduct. Both men told Fox News they had yet to receive a court date.

Mary Bone told Fox News she suspected the censure resolutions formed part of a “coordinated attack” to silence critics of the school board and administration.

“When they arrested Jeremy and Dustin, that was Friday. They put our censures on the agenda on Saturday. This was a coordinated attack on us and what they call our supporters,” Bone said. “I totally believe that it was a coordinated attack, to reverse the election, and to silence anybody that has a voice that’s similar to ours.” 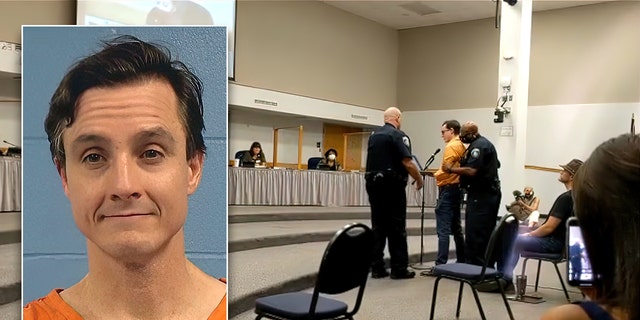 Jeremy Story getting escorted out of a Round Rock ISD school board meeting.
(Jeremy Story)

The resolutions cited numerous laws, claiming Bone and Weston violated them by raising objections to the limited seating capacity on Sept. 14. Weston sent Fox News a response to each of the claims.

The resolutions cite Sec. 38.13, “Hindering Proceedings by Disorderly Conduct,” which involves hindering a proceeding “by noise or violent or tumultuous behavior or disturbance;” Sec. 42.01, “Disorderly Conduct,” which involves vulgar language, indecent exposure, threats, discharging a firearm, or other actions; Sec. 42.02, “Riot,” which involves “the assemblage of seven or more persons” resulting in danger, obstruction, or threats; Sec. 42.05, “Disrupting Meeting or Procession;” and Texas Education code Sec. 37.105, which authorizes school officers to remove “unauthorized persons” from a school district gathering.

“The 28 minutes I was present in the meeting is all on tape,” Weston told Fox News. “I did none of this.” She also noted that each of the citations of law failed to include a “specification,” thus forming an “incomplete charge.”

The censure resolutions also faulted Weston for demanding “that the District provide information on an accelerated or shortened timeframe” on Sept. 13 and 16. Weston told Fox News that this referred to her requests to know specific information that was relevant for board meetings. “They are literally grasping at straws here to come up with something,” she said.

In light of these alleged violations, the censure resolutions claimed Bone and Weston “will be referred to as ‘Censured Trustee’… on all District communication, and on the Round Rock ISD website,” and that they will be prohibited from “visiting all Round Rock ISD properties in [their] official [capacities] as a Trustee without Board approval with the exception of Board Meetings,” among other things.

“The censure resolutions would strip us of the powers and duties bestowed upon us by the voters and would violate the law,” Weston told Fox News. She noted that while she and Bone were using private legal funds to block the censures, the other board members were using taxpayer dollars. “All we want is for the political persecution we are enduring to stop. Resources, time, money, and manpower of the board of trustees should only be expended on the education of students, not political attacks on trustees.” 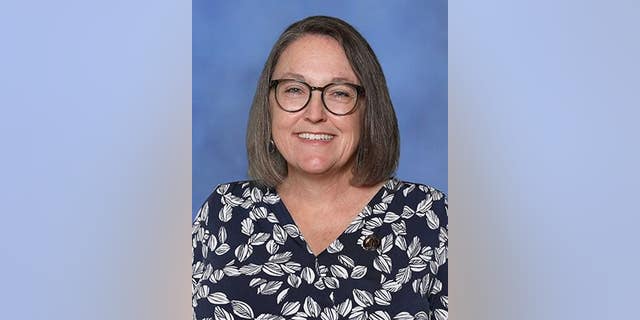 Weston also claimed that “multiple trustees were plotting a censure attempt as far back as July and most blatantly pre-meditated on September 9,” even though all the counts in the censure resolutions concerned events between Sept. 13 and Sept. 16.

Cory Vessa, one of the trustees Bone and Weston sued, told Fox News she “asked for censure back at the end of July.”

She said Bone and Weston engaged in “disrespectful, unprofessional and bullying behavior, especially towards me, and especially in closed session, for many months.” She did not elaborate on this behavior.

Even so, Lambeth ruled there was “a substantial threat of irreparable harm” without the temporary order, “the reputational harm and inability of Plaintiffs [Bone and Weston] to fulfill their obligations as Trustees.”

“This is our reward for speaking out when the majority marginalizes parents and stations the police at the entry of our board meetings, prohibiting access,” Weston told Fox News. “Since a restraining order is now in place to protect us, the majority have pivoted to other mechanisms to attack us. They are combing through our emails and planning taxpayer-funded investigations with no end in sight. Kids deserve better. We aren’t going anywhere.”