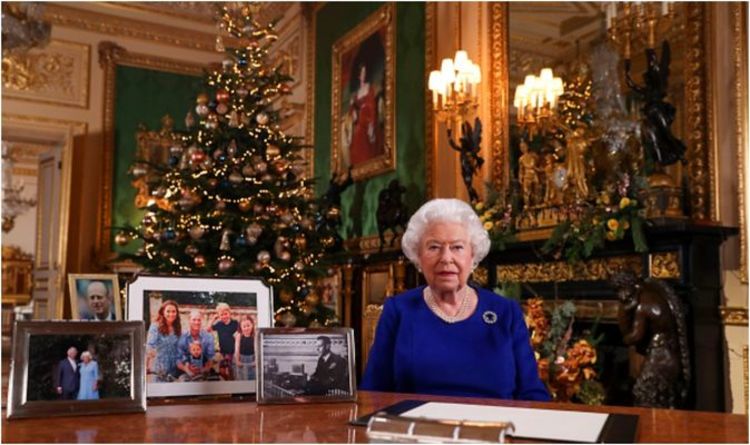 The Royal Family spend each Christmas at Sandringham in Norfolk, where they attend Church on Christmas Day and sit together to watch the Queen’s Speech in the afternoon. Sandringham is decorated so beautifully from photographs released, with lovely Christmas trees, lights, and tinsel everywhere. However, the Royal Family together own about 26 residencies, and every single one of them gets decorated in the festive spirit.

Other residencies reportedly get decorated even more extravagantly, in comparison to Sandringham.

The Queen will already have begun setting up Christmas decorations in her royal homes, as will the rest of the family.

The monarch has spent most of her time at Windsor Castle during the pandemic.

Also, due to the coronavirus pandemic, she even broke tradition last year by staying at Windsor instead of Sandringham for Christmas Day.

The castle will host its usual 20-ft Christmas Tree in St George’s Hall for royal fans to admire.

But this year there will be another impressive tree too.

Windsor Castle’s Semi-State Rooms are sometimes closed to the public but this season they are open.

This year, the Crimson Drawing Room will feature a spectacular Christmas tree.

This year’s festive furnishings at Windsor will also include a display of costumes worn by Queen Elizabeth and Princess Margaret when they performed in holiday pantomimes during World War II.

From November 25 until January 31, 2022, six costumes worn by the Princesses will be displayed in the Waterloo Chamber of Windsor Castle, where the performances originally took place 80 years ago.

The festive decorations at the Palace of Holyroodhouse in Scotland will include a 15-ft Christmas tree in the Great Gallery.

They will also feature other seasonal decorations throughout the gorgeous State Rooms.

The Queen normally spends the festive season at her Norfolk home of Sandringham House, where she receives visits from her nearest relatives.

It is reported the festive decorations there are a bit more modest than in places such as Windsor Castle.

As Windsor Castle is a publicly open residence, the decorations need to enchant the crowds.

Christmas Day traditions for the royals include attending the morning service at St Mary Magdelene Church.

It is also custom for the monarch to keep her decorations up until February in order to mark the anniversary of her father’s death.

King George VI passed away on February 6, 1952, at Sandringham House.

Her Majesty stays there each year to mark the anniversary in private before returning to Buckingham Palace.

Although décor plans for Buckingham Place are yet to be unveiled, royal fans are sure they will be just as dazzling as the other residences.