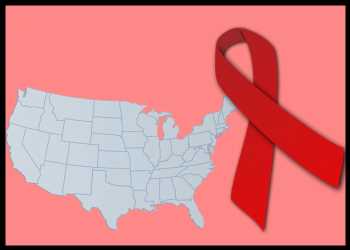 President Joe Biden has released a new National HIV/AIDS Strategy that aims to wipe out the epidemic in the United States by 2030.

During the presidential election campaign, Biden had pledged to implement the nation’s comprehensive HIV/AIDS strategy to aggressively reduce new HIV cases, while increasing access to treatment and eliminating inequitable access to medical and support services.

The Strategy that Biden announced on Wednesday, marking World AIDS Day, will provide the framework and direction for his Administration’s policies, research, programs, and planning through 2025.

On the occassion, a two-story-tall red ribbon was raised on the North Portico of the White House, which, according to Biden, was “to remember how far we’ve come, the work we have left to finish, and so we never forget the price — the price that’s paid all along the way.”

Forty years since the U.S. Centers for Disease Control and Prevention officially reported the first cases of what later became known as AIDS, more than 36 million people, including 700,000 Americans, have died from the illness. It is estimated that nearly 38 million people are currently living with HIV, out of which 1.2 million are in the United States.

The new National HIV/AIDS Strategy incorporates the latest data on HIV incidence, prevalence and trends; Expands the focus on addressing the social determinants of health that influence an individual’s HIV risk or outcomes; Encourages reform of state HIV criminalization laws; and Adds a new focus on opportunities to engage the private sector in novel and important ways in the nation’s work to end the HIV epidemic, the White House said in a statement.

“It’s a plan to make sure that the latest advances in HIV prevention, diagnosis, and treatment are available to everyone, regardless of their age, race, gender identity, sexual orientation, disability, or other factors,” Biden said.

“We’ve asked Congress for $670 million — an historic budget request — for the Ending the HIV Epidemic in the United States initiative. And I’m confident we’re going to get that done,” he added.

Biden also announced that the United States will host the seventh Replenishment Conference of the Global Fund to Fight AIDS, Tuberculosis, and Malaria in 2022.