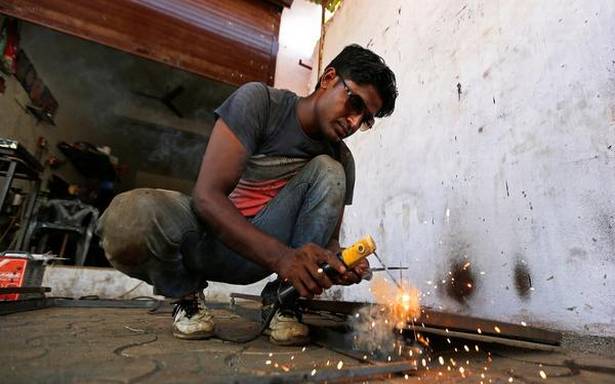 India’s manufacturing sector recorded the highest production growth in nine months in November, as per the survey-based IHS Markit India Manufacturing Purchasing Managers’ Index (PMI), which rose to 57.6 from 55.9 in October.

A reading of 50 on the PMI indicates no change in economic activity levels. The November PMI signals the strongest improvement in the health of the manufacturing sector for ten months, with factory orders rising for the fifth successive month at the fastest pace since February. The long-run PMI average for India is 53.6.

There was an improvement in hiring activity among goods producers, which was fractional on the whole, but still marked only the second expansion in jobs over the past 20 months. The survey data also suggested that the domestic market was the main source of sales growth in November, as new export orders rose at a slight pace that was weaker than in October.

“Although manufacturers remained upbeat towards growth prospects, the overall level of positive sentiment slipped to a 17-month low. Companies were concerned that inflationary pressures could dampen demand and restrict output in the year ahead,” the firm said.

Cost inflation pressures for producers remained ‘intense’, broadly at the same rate as October, which had marked a 92-month high. Transportation issues and difficulties among suppliers to source raw materials exacerbated the situation.

However, with sales and production rising, companies restocked inputs at the second-quickest pace since PMI data collection started in March 2005, surpassed only in February this year.

“The fact that firms purchased additional inputs at a stronger rate amid efforts to restock, combined with recurring declines in inventories of finished goods and tentative signs of a pick-up in hiring activity, indicate that production volumes will likely expand further in the near term,” said Pollyanna De Lima, economics associate director at IHS Markit.

“The key threat to the outlook, in addition to potential new waves of COVID-19, is inflationary pressures. For now, companies are absorbing most of the additional cost burden and lifting output charges only moderately. Should raw material scarcity and shipping issues continue to feed through to purchasing prices, substantial increases in output charges could be seen and demand resilience would be tested,” Ms. De Lima said.

Businesses, she said, were worried that inflationary pressures could hamper demand and production in the year ahead, as signalled by confidence weakening to the lowest in almost a year-and-a-half.

The latest PMI print was based on survey responses, collected between November 12 and 24, from purchasing managers at around 400 manufacturing firms.