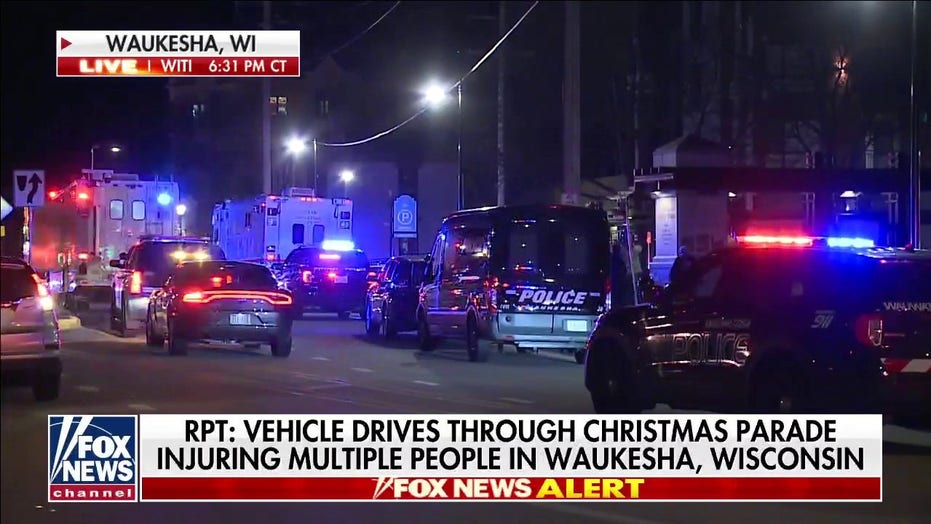 Sheria Clarke reacts after a vehicle drives through a Christmas parade in Waukesha, Wisconsin.

The Washington Post went viral Wednesday night over a tweet suggesting the SUV involved in the Waukesha parade attack was responsible for the massacre.

Darrell Brooks was charged with intentional homicide after driving his SUV through a crowded street commemorating the holiday season, resulting in the deaths of six people ages 8 to 81 and injuring dozens more.

However, a tweet from the Post seemed to place the responsibility on Brooks’ vehicle than the career criminal himself.

“Here’s what we know so far on the sequence of events that led to the Waukesha tragedy caused by [an] SUV,” the paper tweeted. 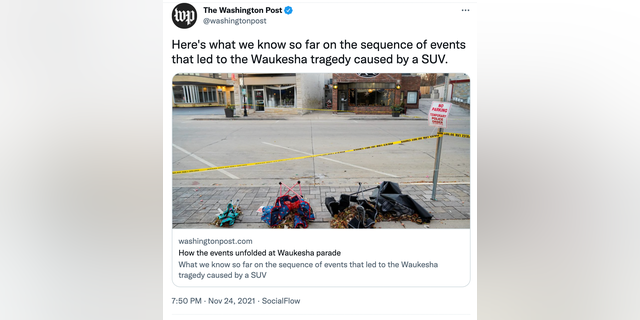 In the article chronicling the events of the parade, the Post continued to rely on the vehicle as the apparent cause of the bloodshed.

“A quarter-mile from the rotary building, at 4:39 p.m., an officer told a dispatcher a maroon Ford Escape ‘just blew by [him]’ at White Rock and Hartwell avenues, the intersection where barricades blocking traffic to the parade were removed just a minute before, according to police audio and time codes provided by Broadcastify,” the Post wrote in the report published Tuesday. “A few moments later, the SUV rammed through the parade participants, killing five and injuring more than 40 people, including children.”

Even after Brooks was finally mentioned in the fifth paragraph, the following paragraphs read, “The SUV then drove down Main Street, hitting more than 40 people and killing at least five of them… Down the road, instead of following the parade route and make a turn to get to Wisconsin Avenue, the SUV went straight through North West Avenue, passing over the barriers.”

Critics pummeled the Washington Post on social media for villainizing the SUV.

“Did the SUV drive itself? This headline is a disgrace,” Rep. Ken Buck, R-Colo, reacted.

“What did they charge the SUV with?” Spectator contributing editor Stephen Miller asked.

“It wasn’t caused by an SUV; it was caused by the driver of an SUV,” Los Angeles Times columnist Patt Morrison tweeted.

“I beg of someone to seriously argue that this isn’t deliberate,” Tablet Magazine’s Noam Blum tweeted.

“It was not caused by an SUV. This was an intentional attack by a terrible person. There’s no reason to frame it as an accident at this point nor is there a reason to blame it on anything but the driver,” political commentator Josh Jordan responded.