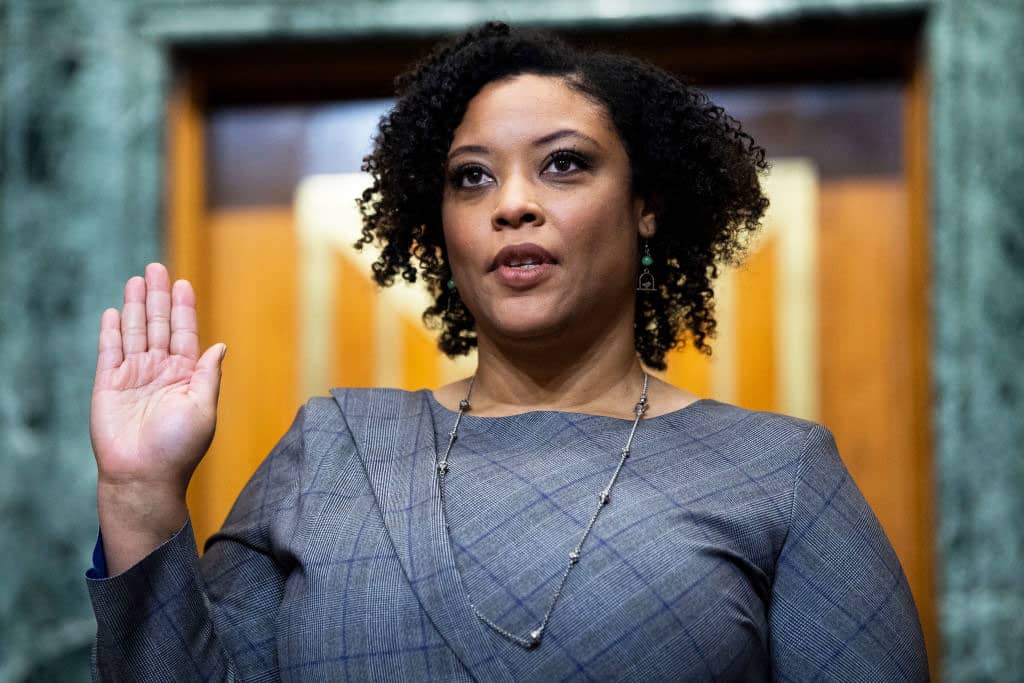 WASHINGTON — President Joe Biden will nominate Shalanda Young to serve as director of the White House Office of Management and Budget, he said in a video released Wednesday.

Young currently serves as acting director of the office, which plays a key role in both advising the president on the federal budget and overseeing how taxpayer money is spent.

Alongside Young, Biden also said he would nominate nonprofit executive Nani Coloretti to serve as deputy director of OMB under Young.

The nominations come as the Biden administration asks Congress to approve more than $2 trillion in spending on two transformative bills. Part of the effort to sell the legislation will be convincing the public that the money will be spent judiciously, and not wasted.

Young was most recently the staff director for the House Appropriations Committee, where she spent much of her career. The powerful committee is the first stop for Congress' giant annual appropriations bills, and staff there have an intimate understanding of how the federal budget is allocated.

Young is the second person Biden has picked to lead OMB. He first nominated Neera Tanden, the longtime director of the left-leaning Center for American Progress, for the job. But Tanden's record of making personal attacks on social media against both Republican and progressive senators derailed her confirmation.

Unlike Tanden, Young enjoys broad bipartisan support on Capitol Hill. In March, the Senate confirmed Young as deputy director of OMB in a 63-37 vote. More than a dozen Republicans voted to confirm her.

If she is confirmed as OMB director, Young will become the first Black woman to hold a role that white men have usually occupied. She would also become the third woman ever lead OMB.

House Speaker Nancy Pelosi, D-Calif., heaped praise on Young in a statement Wednesday, saying she "has proven to be a master of the appropriations process. With her intellect and expertise, she has worked to ensure that our federal budget reflects our values as a nation."

Coloretti, Biden's choice for deputy director under Young, is currently the senior vice president for financial and business strategy at the Urban Institute, an economic policy think tank widely seen as center-left.

During the Obama administration, Coloretti spent three years as a deputy secretary of the Department of Housing and Urban Development (HUD). She also spent five years working at the Treasury Department, where she helped to establish the Consumer Financial Protection Bureau.

Coloretti's HUD position required Senate confirmation in 2014. The chamber voted 68-28 in favor of her confirmation.

After the collapse of Tanden's nomination this spring, the fact that the Senate has already confirmed Young and Coloretti with comfortable margins is a key factor in their nominations — and one that the White House highlighted in its announcement.

They also continue Biden's pledge to surround himself with a diverse group of key White House staff. Coloretti is Filipino American, and if she's confirmed she would be the first Asian American woman to serve as deputy director of OMB.