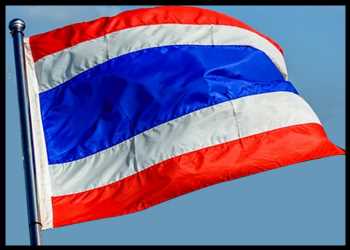 Thailand’s economy slipped back into contraction in the third quarter on tight government restrictions, but the pace of downturn was slower than expected.

Gross domestic product fell 0.3 percent sequentially, in contrast to an increase of 7.6 percent in the second quarter, the Office of the National Economic and Social Development Council said Monday. Nonetheless, this was slower than the expected decline of 0.8 percent.

On a quarterly basis, GDP was down 1.1 percent, reversing the 0.1 percent rise in the preceding period. Economists had forecast the economy to shrink 2.5 percent.

The government reportedly lifted its growth projection for the current year to 1.2 percent from 0.7-1.2 percent. The economy is forecast to expand 3.5-4.5 percent next year.

In terms of production, the industrial sector dropped 2.0 percent year-on-year in the third quarter. By contrast, the service sector grew 0.2 percent, lower than the previous quarter. At the same time, the agriculture sector expanded 4.3 percent,
driven by crop yields, namely paddy, rubber and cassava.

Besides, exports and imports grew 12.3 percent and 27.8 percent in the third quarter.

While the economy should bounce back strongly in the fourth quarter, the speed of the recovery beyond the end of the year will depend on how quickly foreign tourists return to the country, Gareth Leather, an economist at Capital Economics, said.