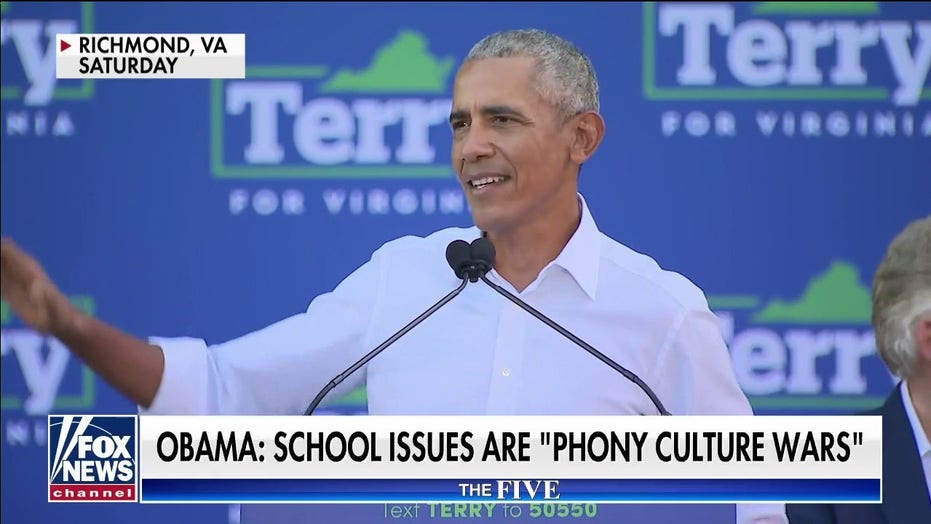 The panel offers reaction and analysis on ‘The Five’

Former President Barack Obama issued a dire warning to young people during his speech at the international climate change summit in Glasgow, urging them to “vote like your life depends on it, because it does.”

Obama gave a lengthy speech Monday morning stressing the urgency of addressing climate change and blasting his successor, former President Donald Trump, for ushering in “four years of active hostility” toward climate science in the United States. He called on young people to “stay angry” about climate inaction and to channel that anger toward pressuring lawmakers and governments to enact change. 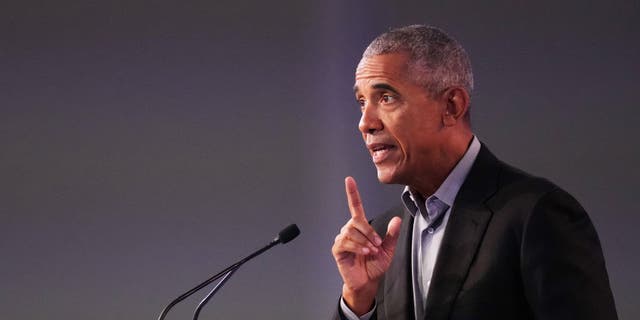 “Vote like your life depends on it, because it does,” he declared.

“Joe Biden wants to do even more,” he continued. “He’s constrained by the absence of a robust majority that’s needed to make that happen. Both of us have been constrained in large part by the fact that one of our two major parties has decided not only to sit on the sidelines, but express active hostility toward climate science and make climate change a partisan issue. … I welcome any faction within the Republican Party in the United States that takes climate change seriously.” 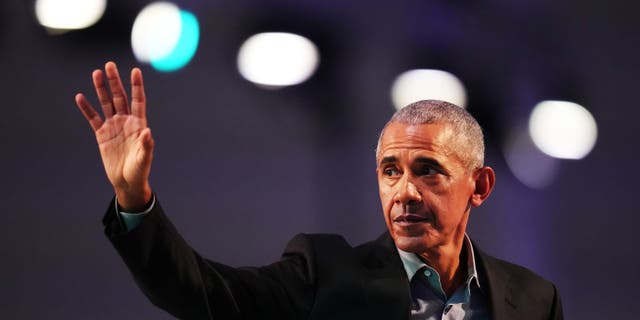 Former President Obama after delivering his speech at COP26 on Nov. 8, 2021, in Glasgow, Scotland. (Photo by Christopher Furlong/Getty Images)

Obama said it’s not enough to criticize people who don’t agree as ignorant but to reach out and listen to their concerns about climate change policy.

“To change the minds of those fellow citizens in our respective countries, we have to do a little more listening,” he said. “We can’t just yell at them or say they’re ignorant. We can’t just tweet at them. It’s not enough to inconvenience them through blocking traffic in a protest. We actually have to listen to their objections and understand the reluctance of some ordinary people.” 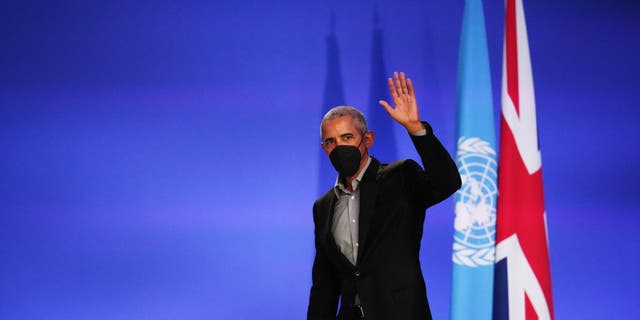 Obama’s speech came a week after President Biden’s appearance at the COP26 summit, during which he apologized to fellow world leaders for the Trump administration’s decision to pull out of the Paris climate agreement.

Obama also slammed the U.S. pullout in his speech, saying, “I wasn’t real happy about that.”