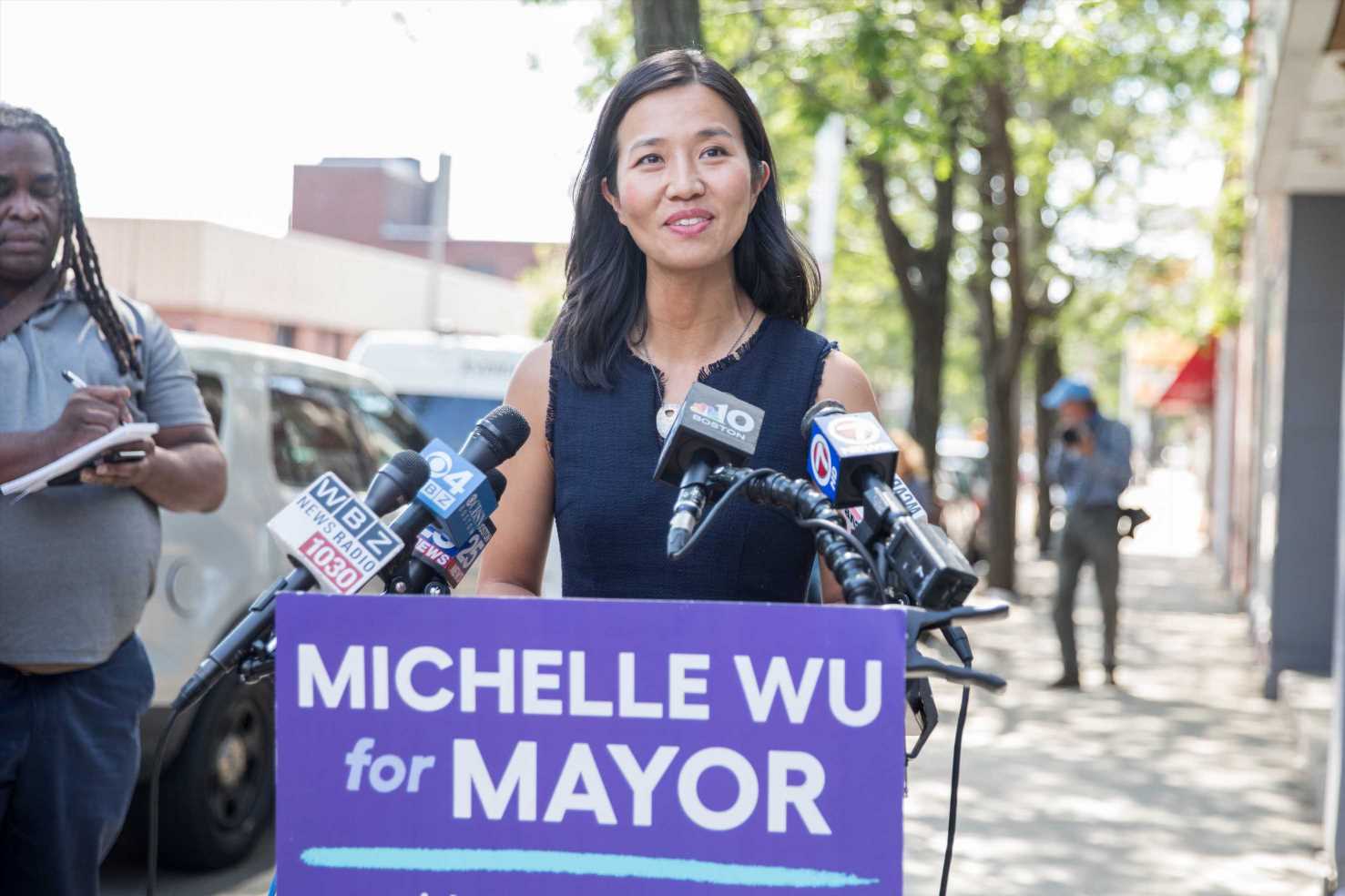 Boston has elected its first woman mayor. Michelle Wu, 36, will not only be the first woman to serve in the city's top office, but also the first person of color. She defeated fellow Democrat Annissa Essaibi George, 47, on Tuesday.

Throughout the campaign Wu proposed policies designed to tackle the city's racial wealth gap and climate change including rent stabilization, free public transit and a "city-level Green New Deal agenda" that would invest in clean energy sources and plant more trees, among other initiatives.

Wu is familiar with breaking glass ceilings. In 2013, when she was first elected to Boston's city council, she was the first Asian-American woman to serve as city councilman and from 2016 to January 2018 she served as the council's first woman of color president.

The Chicago native told CNBC Make It in an interview last year that she never thought she would have a career in politics growing up. "I'm the daughter of immigrants and my parents came to this country with nothing in their pockets and not speaking English and all of us kids were supposed to grow up and just get a stable job that kept us out of trouble," she said. "So, that was what I was always aiming for."

That all changed, however, when she was working her first job as a consultant in Boston after graduating from Harvard.

"I had just graduated [college] and I was working downtown in Boston and I got a call from my sister one day that said I had to go home right then and there and that something was very wrong and they needed help at home," she recalled.

Wu explained that her mother was struggling with a very serious mental illness at that time. "In the depths of her mental health crisis, I was 22 or 23 years old and had to start raising my sisters and become the caregiver for my mom as well," Wu said, adding that her two sisters are six and 12 years younger than her. "So, in that moment, I went from being someone who had been actively pushed away from ever thinking about politics and government to then having to deal with the structures and systems of the government over and over again in our daily lives and in our struggles against it— whether it was trying to care for my sisters and get them into the right school placements or get my mom health care for her situation."

Wu, who eventually moved her mom and sisters with her to Boston, attended Harvard Law School. She was introduced to the world of politics when her then-law school professor Elizabeth Warren ran for Senate in 2012. "By my third year of law school, [Warren] was running for the United States Senate," Wu said. "And, I just showed up to office hours and asked how I could help. I was put to work knocking on doors and making phone calls and organizing in Boston."

Warren called Wu "family" and congratulated the mother of two young boys on her historic win in a statement on Twitter. "From teaching her in law school, to working together on my first Senate run, to supporting her campaigns, I've seen her positive energy, her good heart, and her ability to make big change for Boston," Warren wrote. "She will be a terrific mayor."

George, Wu's contender in the race, applauded Wu' historic win in her concession speech Tuesday night. "She is the first woman, first person of color, and as an Asian American, the first elected to be mayor of Boston," she said. "I know this is no small feat."

In her victory speech, Wu mentioned that one of her sons asked her if "sons can be elected mayor of Boston." "They have been, and they will someday again, but not tonight," she said. "On this day, Boston elected your mom because from every corner of our city, Boston has spoken."

She continued: "I want to be clear — it wasn't my vision on the ballot. It was ours, together … Although we've put in a lot of work to get to this day, our movement does not end here. We have a lot of work to do, so let's dig in."

Sign up now: Get smarter about your money and career with our weekly newsletter