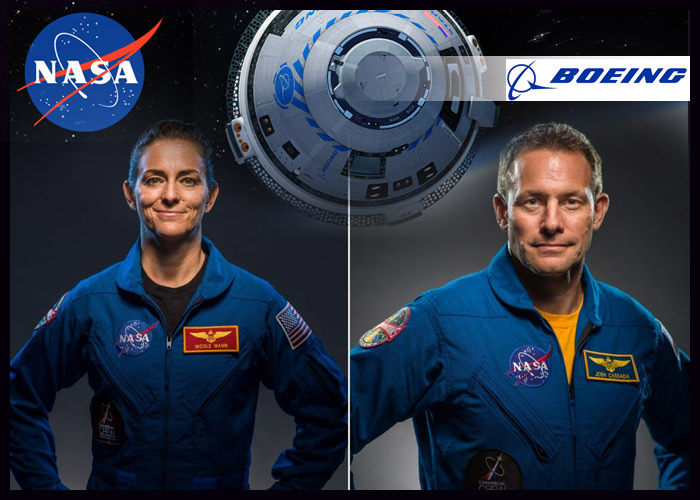 In an unprecedented decision, NASA has moved two astronauts from Boeing’s(BA) first manned space mission to a SpaceX project as the airplane makers are yet to finalize a date of completion for their space capsule.

Through a report on Wednesday, the National Aeronautics and Space Administration announced that Nichole Mann and John Cassada will be reassigned to SpaceX Crew-5 mission. Mann will be the commander while Cassada will be the pilot as the agency will announce rest of the crew later.

NASA had assigned Mann and Cassada to Boeing’s Starliner project in 2018 but the first Starliner project did not reach the international space station in 2019 and Boeing is yet to confirm another date for its uncrewed Orbital Flight Test-2 mission. Mann was assigned to the Starliner Crew Flight test and Cassada was on the maiden operational Starliner flight. NASA still has three more astronauts on Boeing’s books. Butch Wilmore, Mike Fincke, and Suni Williams might also be reassigned later on.

A Boeing spokesperson told CNBC, “We understand the agency’s need to make adjustments to get members of the current astronaut class flying experience on an operational vehicle while the development of the Starliner spacecraft continues. We fully support NASA’s decisions and remain committed to putting the safety of the astronauts who will fly on our vehicle first.”

SpaceX’s Crew-5 will take off in late 2022 on a Falcon 9 rocket. NASA said that both Mann and Cassada will be onboard on that ship to the International Space Station. Crew-5 is scheduled to take off from Complex 39A, Kennedy Space Center in Florida.

Both Boeing’s Starliner and SpaceX”s Crew Dragon capsule were built as a part of NASA’s Commercial Crew Program. NASA awarded both the spacecraft makers sizeable amounts under the contract as Boeing received $5 billion and Elon Musk’s company got $3.1 billion.

SpaceX is also a part of NASA’s Artemis program where the company will build two spacecraft and record the first human landing on the moon since Apollo 17 in 1972.