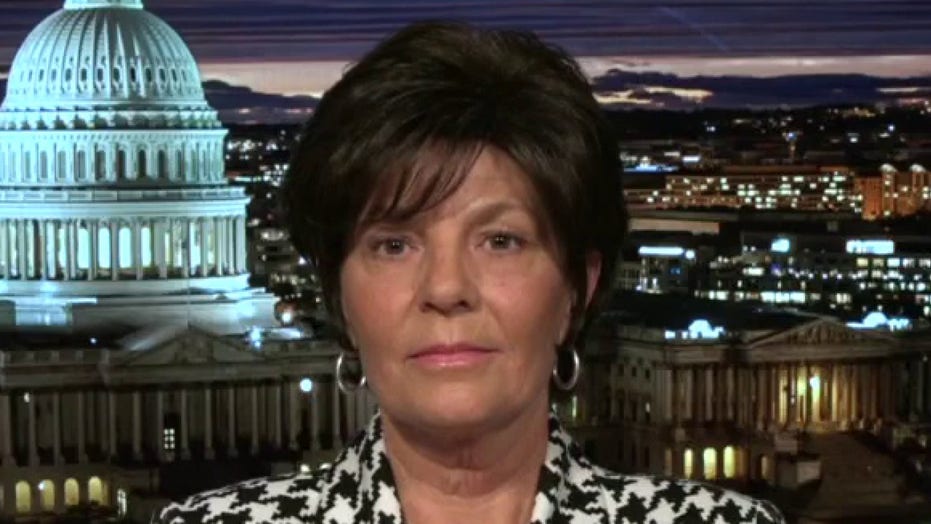 NM congresswoman: Biden admin told me attacks by Afghan refugees can be expected

Rep Yvette Herrell: Admin told me when you bring this many people into one setting, you can expect these kinds of things.

Rep Yvette Herrell, R-N.M., is warning of a “flawed” Afghan refugee vetting process and calling for more answers about what is being done to keep the American people safe after a number of alleged crimes committed by Afghan refugees at military bases.

“We already know there’s weakness in the vetting process and the screenings, and we want to make sure as this continues, we can make sure the American people can feel safe and secure about the entire process,” Herrell told Fox News in an interview.

Herrell spoke after visiting the Fort Bliss military base in her state, where she said there are approximately 10,000 refugees who were evacuated amid the U.S. withdrawal from Afghanistan. Republicans have supported bringing out those who directly helped with the U.S. mission but have expressed concern about how many did not help the mission and what the vetting procedures are for those being brought in.

Those concerns were exacerbated after a number of reports of alleged crimes by refugees on the bases. Herrell’s visit to Fort Bliss comes after a female soldier alleged that she was attacked by a group of Afghan refugees at the base. The FBI is investigating.

Herrell said the incident is still being investigated but that the alleged attackers are not prevented from leaving the base, although they have not.

“We just want to ensure the safety of the American people because what is most concerning to me is if we can’t protect service member on a military installation in the United States of America, what does that look like for Anytown, USA?” she said.

Herrell has been pressing the Biden administration for answers about the vetting process, which officials have claimed repeatedly is safe and multilayered.

“Intelligence, law enforcement, and counterterrorism professionals are conducting screening and security vetting for all SIV applicants and other vulnerable Afghans, including reviews of biographic and biometric data, before they are permitted entry into the United States,” they said.

However, Herrell has pointed to the case of a convicted rapist who was deported but was allowed to board an evacuation flight into the U.S. — and was arrested at Dulles Airport near Washington, D.C. — as a reason to doubt those claims.

The Republican lawmaker repeatedly emphasized that the quality of the care being given to the Afghans was impressive and praised the hard work of the service members and volunteers who had dealt with the surge on short notice.

“It was very impressive and incredible, and I was very grateful for the time they took to show us around,” she said. “The undertaking of housing and taking care of the people brought here, completely out of their control…it’s just commendable the efforts and what they are doing.”

However, she described a lack of accountability and answers in Washington on the vetting and screening.

“There’s no accountability, this was a rushed process by this administration. We’ve been in briefings with [Secretary of State Antony] Blinken, Mayorkas, [Defense Secretary Lloyd] Austin, [Gen. Mark] Milley have not been able to get good information on the vetting process. We know it is flawed.”

Herrell visited the base on the same day she and Rep. James Comer sent a letter to the DHS Office of Inspector General requesting that it  “investigate [DHS’] actions and decisions related to Operation Allies Welcome and the tens of thousands of Afghans being resettled into the U.S.”

It includes questions about the use of blanket parole for Afghans, the screening process, the databases the administration is using, and what the oversight and follow- up processes are for those being paroled into the country.

“These are just common-sense questions we are asking this administration, which we’ve not been able to receive any answers on,” Herrell told Fox.