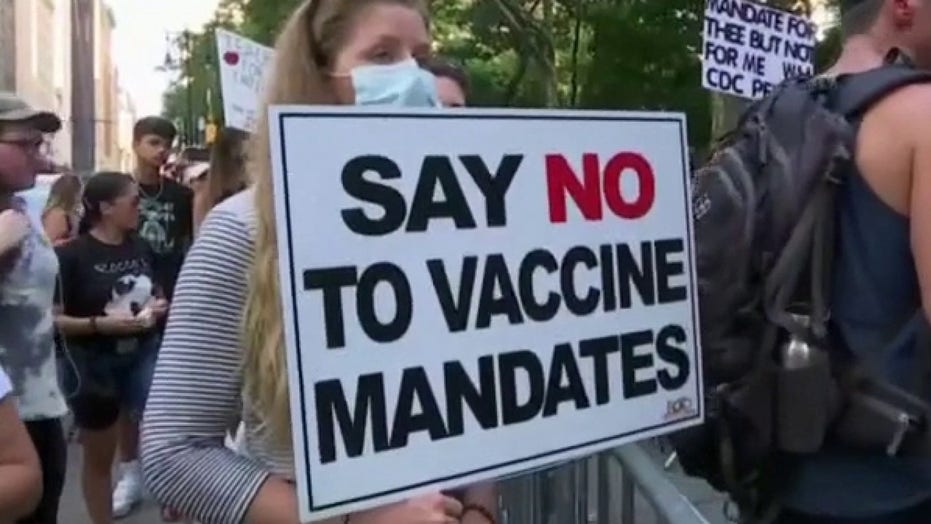 The Black Lives Matter (BLM) Greater New York chapter plans to protest Monday evening outside a Manhattan restaurant in support of the women accused of attacking a hostess who demanded they show proof of a COVID-19 vaccination.

The group and its founder have been promoting the hashtags #CancelCarmines and #ProtectBlackWomen ahead of a protest and press conference to take place at 5 p.m. outside Carmine’s Italian restaurant in the Upper West Side.

It’s where police said a 24-year-old hostess was assaulted Thursday by three Black female tourists from Texas after the hostess requested to see their COVID-19 vaccine card. Kaeita Nkeenge Rankin, 44, Tyonnie Keshay Rankin, 21, and Sally Rechelle Lewis, 49, were arrested and charged with assault and criminal mischief.

On Saturday, lawyers for both Carmine’s and the women clarified that the three women had, in fact, provided proof of vaccinations and were seated inside and that the altercation began after two men who joined their party several minutes later were unable to provide proof, the New York Times reported.

Justin Moore, a lawyer who represents Nkeenge Rankin, accused the hostess of using a racial slur and also assaulting the women, calling the altercation “mutual combat.”

Carmine’s has denied race played any factor in the incident.

BLM Greater New York is taking the side of the arrested women, arguing that the COVID-19 vaccine, which is mandated for dining indoors in New York City, is being used as a political tool against Black people.

“I believe that this New York City vaccine passport will be used to keep Black people out of spaces, and if we don’t stop it now then the police will use it as an excuse to harass and arrest our people,” a group spokesman told Fox News in a statement.

The group said they want the charges dropped against the three women and for Carmine’s “to pay for promoting a false narrative and creating fake news reports.”

A Carmine’s spokesperson told Fox News Monday that the restaurant is open for business as usual.

“Last week’s violence against our staff had nothing to do with race, despite a Texas criminal defense lawyer’s false assertions to the contrary,” Carmine’s said in a statement.

“Three of our hosts who are respectively Black, Latinx, and Asian American women did their best to welcome a large party while enforcing New York’s vaccination requirement for indoor dining. We require that every guest show evidence of vaccination to eat inside. Unfortunately, some male members of the party were unable to provide vaccination proof and so could not enter the restaurant. Three female guests in the party who had shown proof of vaccination and been welcomed into the restaurant without issue then launched an entirely unprovoked, brutal attack on our hosts, one of whom continues to suffer from a concussion.”

“None of the attackers offered any reason for their attack. None of the hosts – all of whom are people of color – uttered a racial slur,” the statement continued. “None of the attackers mentioned anything about race to our managers, staff, or the police who arrested them, and the Texas criminal defense lawyer’s false assertion otherwise is a deeply cynical ploy to try to excuse wanton violence. “