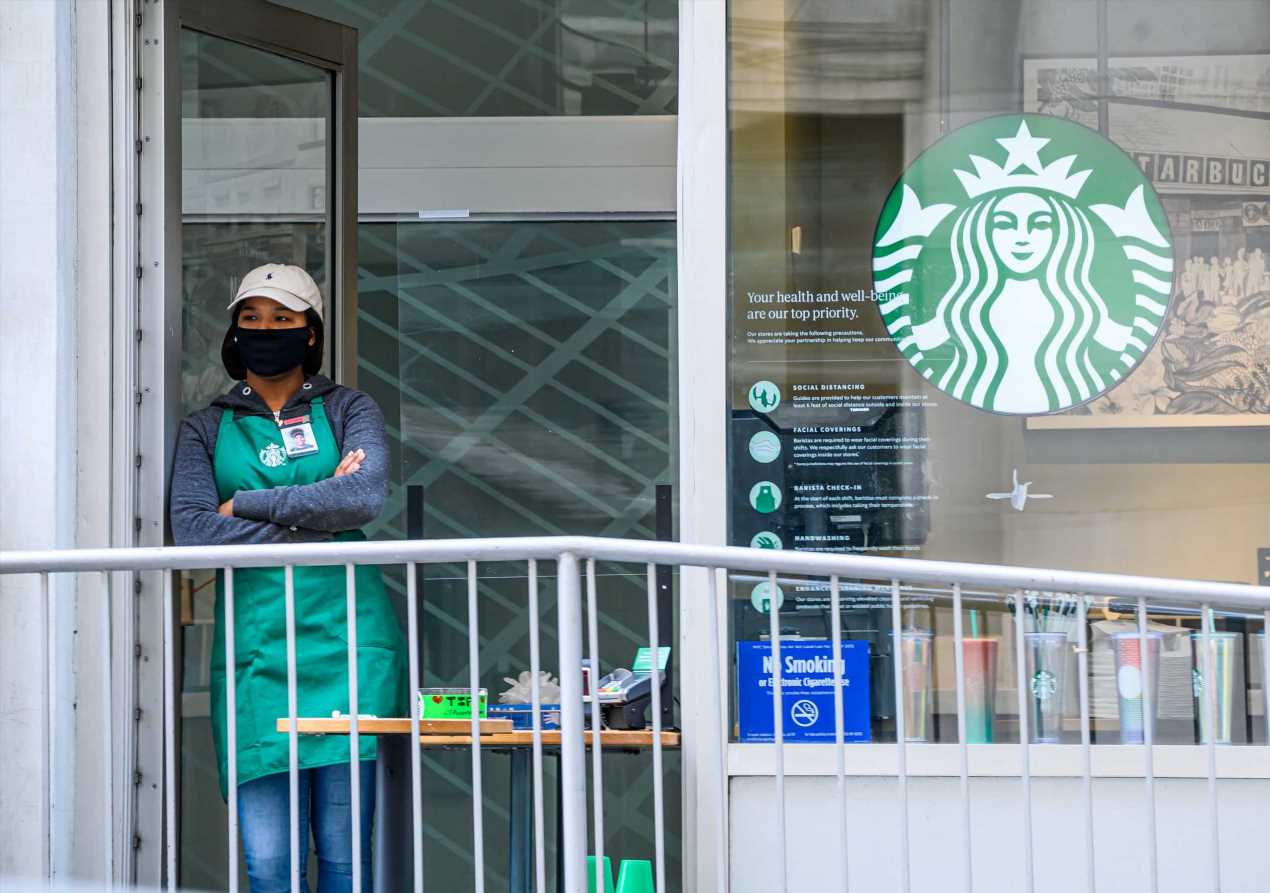 Coffee giant Starbucks has told the National Labor Relations Board that all 450 workers in its Buffalo, New York market should be allowed to vote on whether to unionize, according to a memo Starbucks sent to its partners that was obtained by CNBC.

"We believe this will make this process fair and respectful for every partner in Buffalo. It will ensure that all of you are afforded the voting rights, and the voice that you deserve in this process," wrote Allyson Peck, Starbucks regional vice president, Northeast region, in the note to the Buffalo employees.

The coffee chain is known for calling its employees "partners" and touting among the most progressive benefits in the fast food and restaurant space, but it is facing a unionization campaign at several stores in the Buffalo area. Workers involved in the effort said working conditions worsened during the pandemic and they are looking for a more equitable partnership with the company.

The letter to the Buffalo workers also said the company was taking action to bring store operations back up to its standards including bringing in help with staffing and repairing store issues quickly.

"Ask us anything – we're all here to help," Peck said in the letter. "You have the right to work directly with Starbucks – and if you don't want to give up that right, you should vote 'no."

In response to the letter, the organizers, Starbucks Workers United, said, "Starbucks is trying to delay our vote, using any legal tactics they can. NLRB precedent is that a single store is an appropriate unit. We are trying to organize even one store and win the right to organize at this company."

Starbucks said nothing it has submitted to the NLRB causes a delay.

On Aug. 23, Starbucks workers at three Buffalo stores said they would be filing petitions with the NLRB to hold union elections. The group sent a letter to Starbucks CEO Kevin Johnson calling for a fair election with non-interference, including no negative repercussions from management or threats.

"Starbucks' mission is improving communities one coffee at a time. Respecting partners' right to organize will help us help the company accomplish this mission by improving our lives and raising standards across the industry," the letter said.

There are 20 Starbucks stores within the Buffalo market. If successful, the move to unionize stands to impact the coffee giant's 8,000 corporate-owned stores across the country and could have a ripple effect across the industry at large. An NLRB hearing will take place on Sept. 22 if the two sides cannot come to an agreement.

Petitions to file at two additional stores were pulled by organizers as the five stores would have been consolidated and that would have pushed back the initial hearing. That decision prompted organizers to accuse Starbucks of "union-busting" tactics.

In recent days, Rossann Williams, executive vice president of Starbucks North America, has been in Buffalo to hold listening sessions with workers. A person familiar with her schedule said she would remain in the market for the foreseeable future. Starbucks founder and former CEO Howard Schultz also visited Buffalo to hear from partners.

"As the company founder, it's understandable he is passionate about what is happening here, and has been in market to listen and connect directly with our partners," Reggie Borges, Starbucks spokesman, told CNBC.

Starbucks leaders have held more than 2,000 listening sessions in markets across the U.S. over the past year, the company said. Williams has participated in more than 175 sessions. The company has also held virtual meeting weekly with both corporate and retail workers since the pandemic began.

Prior to Starbucks sending its letter, Starbucks Workers United told CNBC in an emailed statement, "Rossann never came to Buffalo before the union campaign started. She hasn't left. She's in our stores, spying on us and interrupting our work. Starbucks calls us partners, but they are afraid of what a true partnership means: empowerment and a voice at the table. If Rossann means what she says about valuing 'partner to partner communication,' she should welcome our union and look forward to bargaining with the partners working on the floor every day and stop calling our union a 'third party.'"

Starbucks called both the union-busting claims and the claims that Williams was spying on workers "categorically false."

"Leaders are in market to listen to partners, address concerns and take action. We are pro-partner, not anti-union," Borges said.

Sen. Chuck Schumer (D-NY) showed his support for the effort on Twitter Monday by posting a photo of himself holding a Starbucks coffee cup with the word "Union!" written on it.