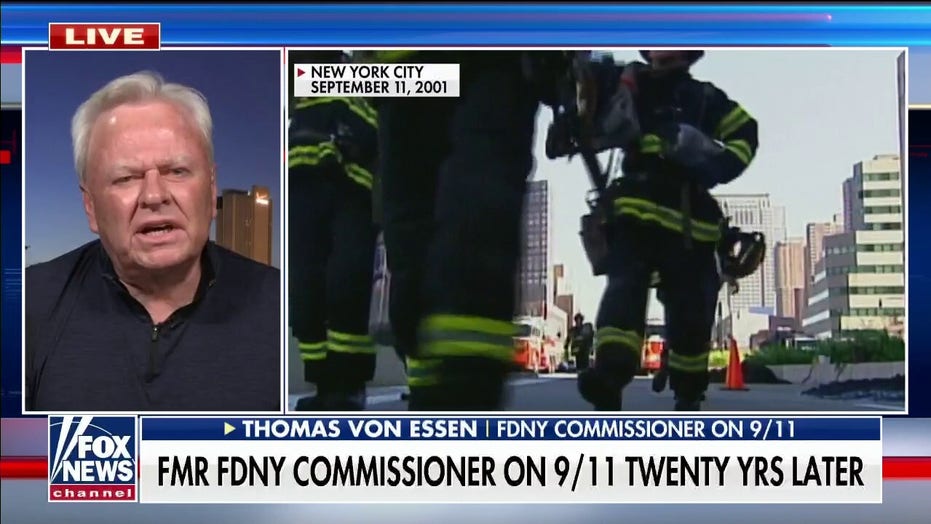 Former FDNY commissioner: ‘We had the best fire chiefs in the world’

Former FDNY commissioner Thomas von Essen told “Fox News Reporting” on Saturday that the 343 firefighters who died in the 9/11 terrorist attacks were the “best fire chiefs in the world.”

Of the 2,753 people killed at the World Trade Center, 343 were first responders from the Fire Department of New York, while another 71 were law enforcement officers from 10 different agencies.

The firefighter chiefs “really knew what they were doing,” Von Essen continued, noting that once the second tower was hit by the plane, they had to “split them up.”

“I was in the North tower lobby and we sent half of them to the south tower to try to get a handle of what was going on there,” he recalled.

Von Essen said that though they “lost many of the firefighters” due to the tower collapse, they were able to “get many of them out of the lobby before the north tower collapsed.” However, the south tower was a “total surprise” because although it was the second tower struck by a plane, it was the first to collapse.

“The south tower was a total surprise to everybody because it happened so fast,” he said.

The former FDNY commissioner said that September 11 was the worst day of his life and the situation was made worse after they struggled to find the bodies of the firefighters who were in the south tower as it collapsed.

He remembered that the “hardest part” was not being able to give the bodies of the firefighters to their loved ones for a funeral ceremony.

“We couldn’t rescue anybody, we found no survivors. And then we had trouble finding even remains,” von Essen said.

It’s estimated that 20% of Americans know someone hurt or killed in the attacks and more than 3,000 children lost a parent. Nearly 3,000 people were killed after al Qaeda terrorists hijacked four planes – two of which pulverized the Twin Towers in Manhattan, one which hit the Pentagon and one, United Airlines Flight 93, which never reached its destination after the passengers heroically downed the plane in a field in Shanksville, Pa.

More than a thousand 9/11 memorials across the country currently honor the victims. There are a total of 1,243 memorials worldwide, as people from more than 80 countries perished, but around 96% of the 9/11 Memorials worldwide are located in the U.S.

More than 2,000 first responders have since died from 9/11-related illnesses. 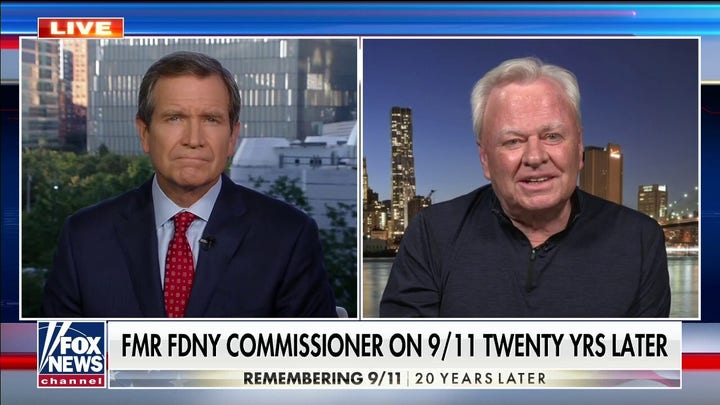 “Replacing people is easy because it achieves this list. There is qualified people on a promotion list, but, replacing that experience and that dedication that those chiefs had having gone through the fire department in those war years in the 70’s and 80’s was impossible to replace,” Von Essen said.