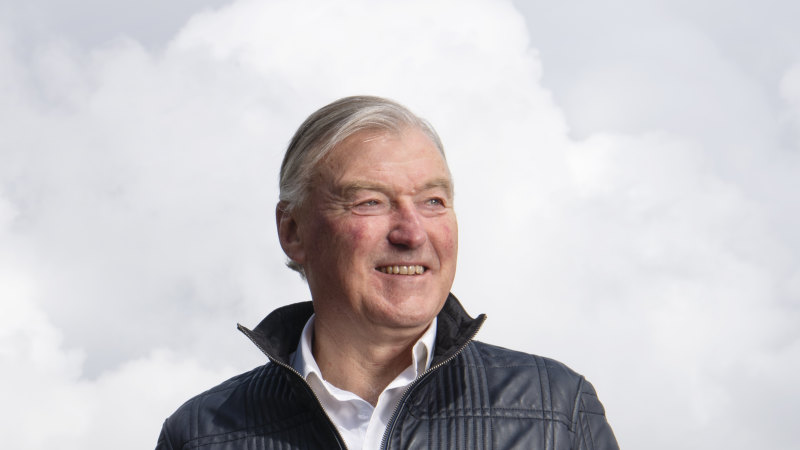 The deputy chair of regional airline Rex has said Qantas’ choice to stand down 2500 staff members was premature in light of the government’s new support package, as lockdowns keep airlines operating on “skeleton schedules”.

John Sharp, Rex’s deputy chairman and a former transport minister in the Howard government, told The Age and The Sydney Morning Herald he was surprised to see Qantas stand down its staff given airlines had not yet learnt the full details of the federal government’s new Retaining Domestic Airline Capability scheme. 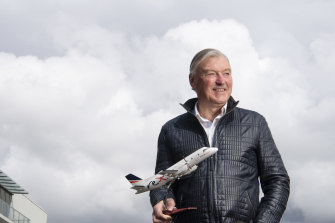 “I would have thought they might have waited for the details of the government’s package,” he said. “We had the announcement on Monday afternoon and the next morning they announced the stand-downs.“

“None of us had yet got the full details of how the package would work and I would have thought it would be more appropriate to wait until we got those details before making any significant decisions.”

On Tuesday, Qantas boss Alan Joyce told media the airline had been considering standing down its staff since July 22 and that, in any case, the government’s package was not designed to prevent stand-downs, pointing to the cost of keeping numerous employees on a salary and the lack of useful work they would be able to do due to the lack of flights.

“This was never something that was going to stop temporary stand-downs. That was never the dialogue we were having with the government,” Mr Joyce said.

“The dialogue that we were having [was] to say ‘help the people that are temporarily stood down because Qantas has no useful work for them during this temporary period’.”

Rex has not stood down any of its staff despite its operations, both regional and interstate, being heavily affected by recent lockdowns. Virgin is understood to be assessing the impact of the government’s new scheme before making any decision around its staffing.

Airlines are again facing a period of significant turmoil due to the pandemic as the lockdowns of Sydney, Brisbane and, until recently, Melbourne have halved domestic travel rates as borders were slammed shut.

These closures have temporarily cruelled Rex’s plans to establish itself as a low-to-mid market offering for flights between Australia’s major capital cities, with Mr Sharp saying the airline was currently running on a “skeleton schedule”. 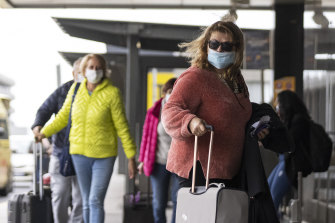 Flights in and out of Sydney have been significantly reduced due to the lockdown.Credit:AFR

“We’ve suspended a number of our domestic and inner-city services because of the savage drop off in passenger numbers,” he said. “On the regional side of things, we’re operating our schedule to all our destinations, but it’s a limited schedule.”

Mr Sharp criticised state governments for being “trigger happy” and shutting borders too quickly, calling again for a national approach to lockdowns and border closures.

The deputy chair also backed the idea of issuing Australians with vaccine passports to allow fully vaccinated people to travel domestically and attend events such as football games, noting such incentives would likely be needed to hit the government’s target of getting 80 per cent of the population vaccinated in order to end lockdowns and reopen international borders.

“I think it’s reasonable to expect us to be able to get to 70 per cent over the course of this calendar year, but the thing that’s going to be the challenge is getting us beyond that,” he said. “So if the government wants to get beyond 70 per cent they’re going to need to provide people with some advantages to getting vaccinated.”

“Part of that could be that you can’t go see a footy match if you haven’t been vaccinated. That’s a bit of motivation, the old stick and carrot routine.”

Mr Sharp also called on the federal government to modify industrial relations frameworks to allow frontline businesses such as Rex to mandate vaccines for staff, saying it would have a “considerable benefit” and go a long way towards protecting passengers and workers.