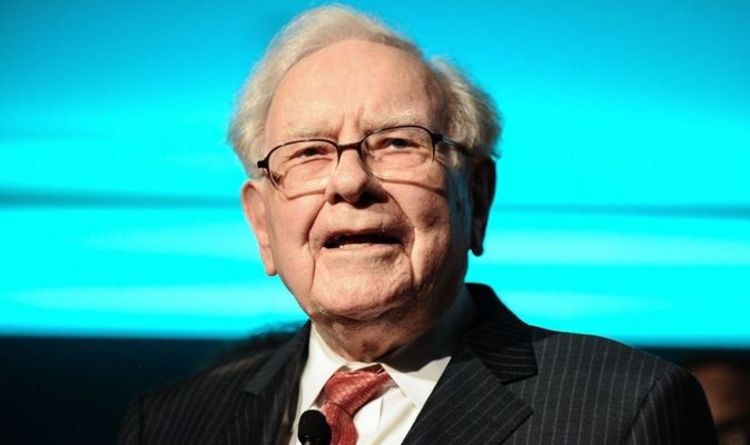 Warren Buffet: 'The best investment you can make is in yourself'

There is plenty of money to be made through investing, but some may not know where or how to start. The famous American business magnate and investor provided advice for those trying to make their fortune in the world of investing.

“I probably would focus on smaller companies because I would be working with smaller sums and there’s more chance that something is overlooked in that arena.”

Buffet also stressed the importance of getting started in investing at a young age: “Start early. I started building this little snowball at the top of a very long hill.

“The trick to have a very long hill is either starting very young or living to be very old.”

Another tip Buffet gave was to assess one’s own strengths and weaknesses, or as he put it: “learn what you know and what you don’t.”

Buffet also emphasised the need to be decisive, saying that when investors see what they believe to be a potentially profitable opportunity, they should act “very vigorously”.

Buffet recommends that investors buy into index funds, which are diversified and contain every stock in and index.

“Consistently buy an S&P 500 low-cost index fund,” Buffett said in 2017. “Keep buying it through thick and thin, and especially through thin.” Buffet said.

DON’T MISS
State pension age: Britons may get up to £358 monthly as DWP makes claim process easier
Hollywood plans to build £700m film studios in Hertfordshire
Nationwide is offering 2% interest rate to Britons with FlexDirect – are you eligible?

“The temptation when you see bad headlines in newspapers is to say, well, maybe I should skip a year or something. Just keep buying.

“The trick is not to pick the right company.

“The trick is to essentially buy all the big companies through the S&P 500, do it consistently and do it in a very, very low-cost way.”

The current net worth of Buffet is believed to be north of $100 billion (£72 billion), with the man himself describing his fortune as “incomprehensible.”

Back in 2006 the 90-year-old committed to giving away the majority of his wealth by the end of his life.

“Over many decades I have accumulated an almost incomprehensible sum simply by doing what I love to do,” Buffet said.

“I’ve made no sacrifice nor has my family. Compound interest, a long runway, wonderful associates and our incredible country have simply worked their magic.

“Society has a use for my money; I don’t.” Buffet added.

These donations included $4.1 billion (£3 billion) worth of Buffet’s shares in Berkshire Hathaway, which he donated to five charitable foundations.

Buffet estimates that he is “half way” to achieving his goal.

He also commented: “If you asked me to trade away a very significant percentage of my net worth either for some extra years on my life or being able to do during those years what I want to do, I’d do it in a second.”

However, the chairman and CEO of Berkshire Hathaway is not planning on sharing his fortune with his children, wanting them to make their own way.