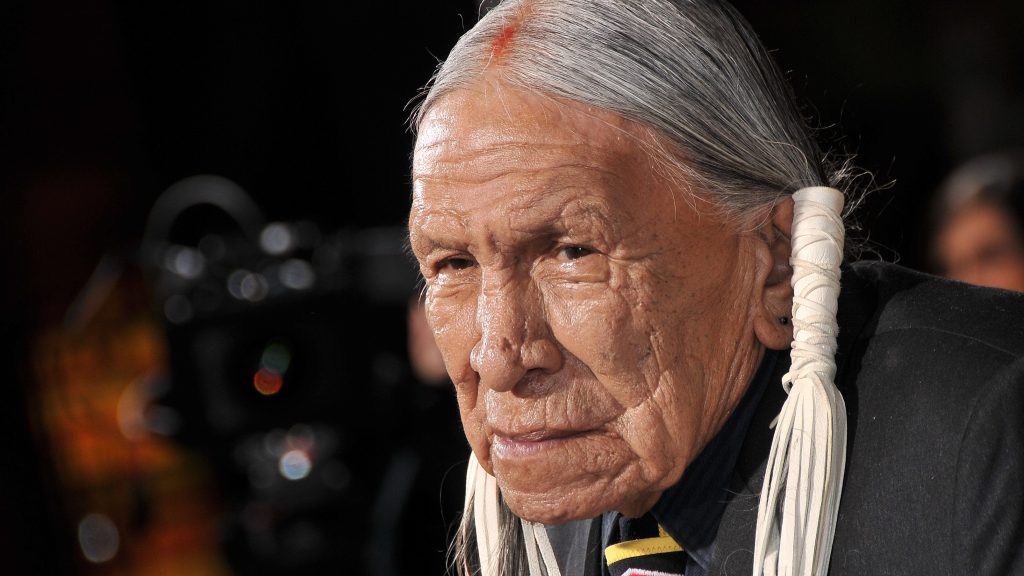 Saginaw Grant, the esteemed Native American character actor known for turns in The Lone Ranger, The World’s Fastest Indian and more, died on Wednesday at a private care facility in Hollywood, California. He was 85.

Grant’s publicist and longtime friend, Lani Carmichael, confirmed his death to the Associated Press, saying that he died peacefully in his sleep of natural causes.

The actor was born July 20, 1936, in Pawnee, Oklahoma, amassing nearly 60 credits in film and TV, starting in the late 1980s. The first film he appeared in was Franc Roddam’s 1988 action drama War Party, which starred Billy Wirth, Kevin Dillon and more.

Grant was perhaps best known on the film side for turns in Roger Donaldson’s The World’s Fastest Indian and Gore Verbinski’s The Lone Ranger. He appeared in the former opposite Anthony Hopkins; in the latter, he shared the screen with Johnny Depp.

Grant’s early TV credits included The Young Indiana Jones Chronicles, Harts of the West, The Lazarus Man, The Last Frontier, Nash Bridges and Baywatch. He appeared more recently in many of TV’s most acclaimed comedies, including My Name Is Earl, Shameless, Community, The League, Workaholics, Baskets, and Veep. Other award-winning shows he appeared in include American Horror Story and Breaking Bad.

Grant was an influential member of the San Diego International Film Festival’s American Indian Advisory Board, who first got involved with the fest in 2012, and was awarded its American Legacy Award. He was also the recipient of the Oceanside Cultural Arts Foundation’s Lifetime Achievement Award, and the Native American Music Awards’ Living Legend Award.

Outside of film and TV, Grant was known as the hereditary chief of Oklahoma’s Sac & Fox Nation. He was also an award-winning musician, whose album Don’t Let the Drums Go Silent won Record of the Year at the 2018 Native American Music Awards; a motivational speaker, who traveled around the world to speak about Native American culture; and a veteran of the U.S. Marine Corps, who took part for years in the National Gathering of American Indian Veterans.

Carmichael told AP that a memorial for Grant will be held in the Los Angeles area. But specific details on a time and place have not yet been disclosed.