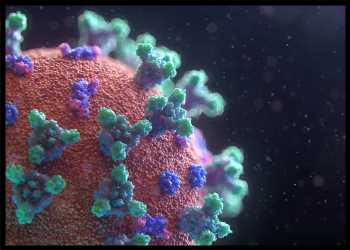 Amid a new surge in coronavirus infections in the United States, the Government revealed that the Delta variant is spreading with “incredible efficiency,” and now represents more than 83 percent of the virus circulating in the country.

“Compared to the virus we had circulating initially in the United States at the start of the pandemic, the Delta variant is more aggressive and much more transmissible than previously circulating strains,” CDC director Dr. Rochelle Walensky said at a routine press briefing by White House COVID-19 Response Team.

COVID-19 Response Coordinator Jeff Zients said that unvaccinated individuals account for virtually all — 97 percent — of the COVID hospitalizations and deaths in the U.S.

This week, just three states — Florida, Texas, and Missouri – with lower vaccination rates accounted for 40 percent of all cases nationwide, he told reporters. For the second week in a row, one in five of all cases occurring in Florida alone, Zients added.

Florida reported the most cases – 12647 – and most COVID-related deaths – 86 – on Thursday, according to New York Times.

Daily coronavirus cases in the United States crossed the 50000-plus mark for the fourth consecutive day.

With 56069 additional cases reporting on Thursday, the national total has increased to 34,281,865, as per the latest data from Johns Hopkins University.

The seven day average of daily infections in the United States – 45343 – is 180 percent higher than what was recorded two weeks ago.

162.2 million people, or 48.8 percent of the U.S. population, are fully vaccinated, according to the Centers for Disease Control and Prevention.

79.6 percent of people above 65 have received both vaccine doses.