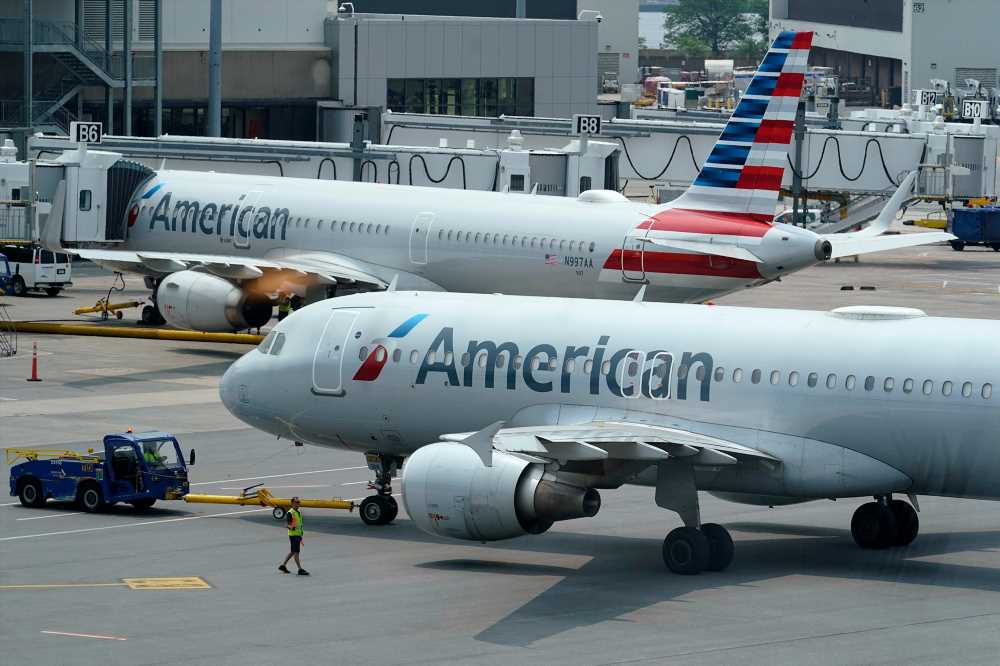 Reports of unruly US airline passengers up 500% this year

American Airlines and Southwest Airlines both posted second-quarter profits on Thursday thanks to generous federal pandemic relief that covers most of their labor costs.

The reports on Thursday underscored the progress that airlines are making in rebuilding after the coronavirus crushed air travel — and how much farther they must go to fully recover.

Southwest said it made money in June even without the federal aid. CEO Gary Kelly said the recent quarter “marked an important milestone in the pandemic recovery as leisure travel demand surged.”

Both carriers reported revenue far above 2020 levels. That reflects the rising number of people taking flights in the U.S. — now about 2 million a day, or about 80 percent of pre-pandemic levels. Domestic leisure travel is roughly back to normal, but business and international travelers are still mostly absent.

American Airlines eked out a second-quarter profit of $19 million, including nearly $1.5 billion in federal relief. Without the taxpayer funding and other special items, American would have lost $1.1 billion, or $1.69 per share. Still, that is American’s smallest adjusted loss in any quarter since 2019, and the adjusted loss was less than the $2.03 per share loss forecast by analysts, according to a FactSet survey.

Fort Worth, Texas-based American’s revenue jumped more than four-fold from a year ago, but was down 37 percent from the same quarter in 2019.

Southwest reported a profit of $348 million, reversing last year’s loss of $915 million in the same three-month stretch. Excluding federal relief and other special items, the Dallas-based airline would have lost 35 cents per share — more than analysts’ prediction of 21 cents per share in losses.

Revenue quadrupled from a year ago to $4.01 billion but remained 32% lower than the same quarter in 2019.

As passengers have begun coming back, airlines are adding flights. Last year, as the airlines teetered on the edge of financial ruin, they persuaded thousands of employees to quit or take long-term leaves of absence. Now, labor shortages are contributing to massive flight delays and cancellations, and airlines are scrambling to hire workers.

American recently announced plans to bulk up staffing by recalling 3,300 flight attendants from leave later this year and hiring 800 more by next spring. It plans to hire 350 pilots this year and more than 1,000 next year.

In trading before the opening bell, shares of American Airlines Group and Southwest Airlines each fell about 2 percent.