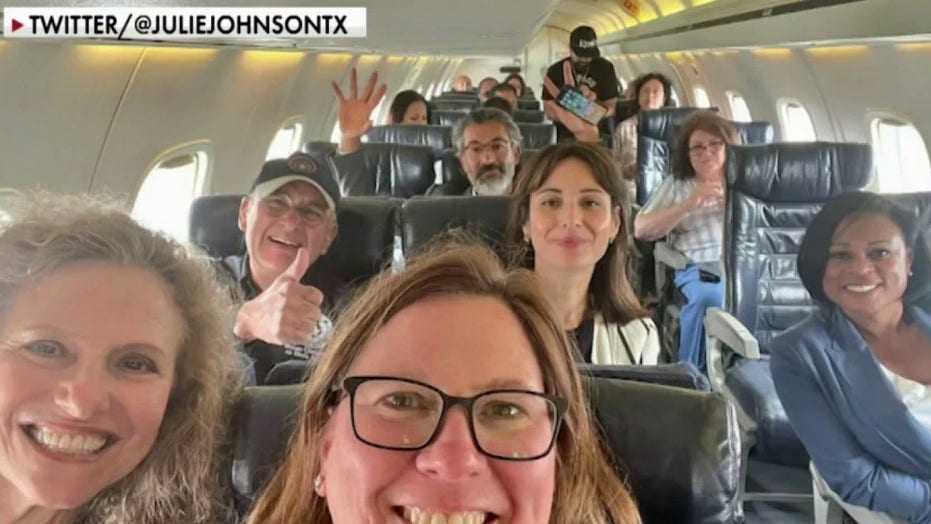 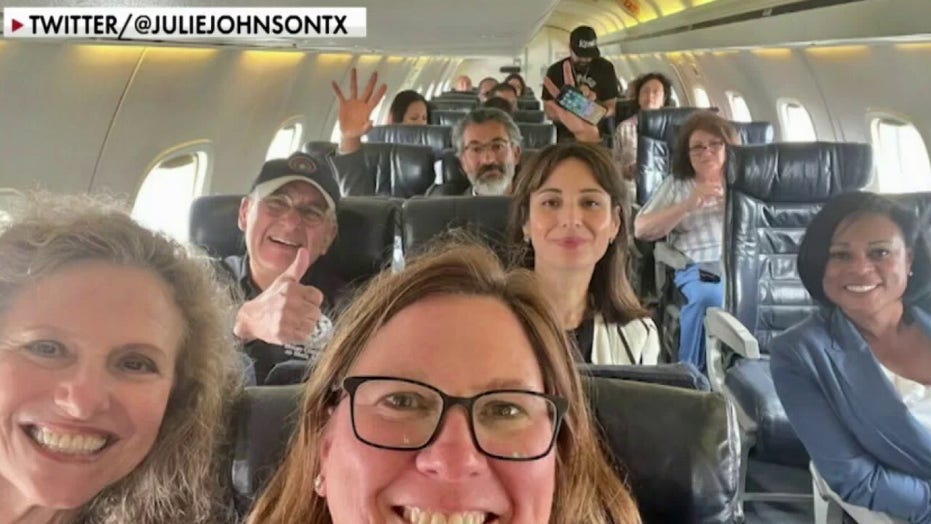 The Texas state Democratic delegation that fled Austin for the District of Columbia to deprive the state legislature of a quorum to vote on election integrity legislation is looking less similar to Republican abolitionist Frederick Douglass – whom Vice President Harris compared them to – and more like Fred Flintstone, Greg Gutfeld remarked Monday on “The Five.”

Gutfeld said the outing has turned from a self-described historic occasion into a “Super-Spreader Tour” after three fully-vaccinated Democrats tested positive for COVID-19 while in Washington, a short time after meeting with officials like Harris and Senate Majority Leader Charles Schumer of New York.

One unidentified member tested positive Friday but was asymptomatic, while another, State Rep. Celia Israel, D-Travis, said in a statement she is experiencing mild symptoms and will quarantine pending further testing. A third also tested positive on Saturday.

During the Texans’ meeting with Harris, she called the group “courageous” and compared them to Douglass, an escaped slave, scholar, and prominent Republican figure in the latter half of the 19th Century.

“Democrats voting stunt is now turning into a super-spreader tour. Sounds like fun. But the media is nowhere to be found,” said Gutfeld.

Gutfeld posited that, if the parties were reversed and it was a Republican delegation fleeing to Washington and testing positive after meeting with federal officials, they would be pilloried as potential murderers and general dangers to society.

“There’s no widespread outrage, condemnation, or even claims these Democrats are going to slaughter Americans.” 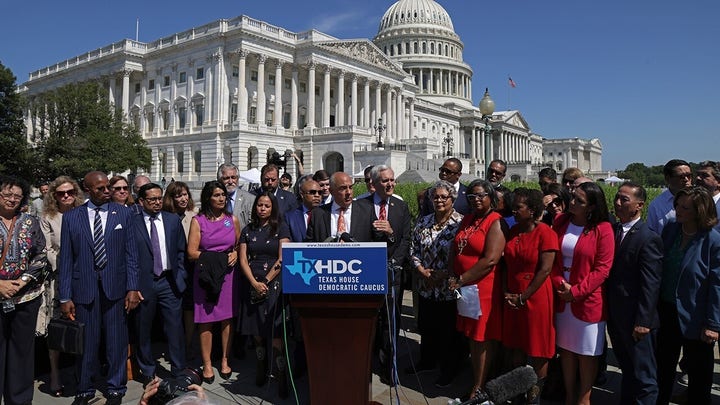 On “The Five,” Gutfeld further remarked that the ordeal has essentially made the delegation look foolish, noting Harris’ equating them to Douglass:

Speaking in Alexandria, Va., on Friday, Texas State Rep. Senfronia Thompson, D-Harris said that her caucus “refuse[s] to be a hostage” and compared Texas officials threatening her arrest to the act of arresting escaped slaves in the 19th Century.

“I’m ready to be arrested,” she said. “What do you do to a slave if you don’t do nothing but arrest them when they flee.”

“The Five” co-host Ainsley Earhardt added that Harris has warned Americans to quarantine upon coronavirus exposure, but pointed out she met with the Texas delegation Tuesday and has yet to do so:

“When the media asked her if you’re going to quarantine, her spokesperson said she didn’t need to do it,” she said, going on to point to a Trafalgar Group survey showing the vice president’s public approval continuing to tank, with 43 percent of Democratic respondents saying she is not prepared to be president.

Though no explicit link was made between the two situations, Earhardt said it is odd for someone to have a “routine checkup” with their general practitioner on a Sunday.

She went on to note other questionable dynamics about the Texans’ trip, as one lawmaker decried their purported hardship of having to do wash in a hotel sink, posting a photograph of laundry hung in the bathroom; while the entire delegation appeared to be mask-less on their private charter to Dulles International Airport, despite Biden-imposed FAA regulations and political urgings to the contrary from the left.

‘They say sacrifices when they have to wash and hang their wet clothes, sometimes their underwear, in the bathrooms, and they tweet about it,” she said.

Gov. Gregory Abbott, a Republican, has warned that the Democrats will be arrested upon their return to Texas, telling Austin’s ABC affiliate he has the power to detain them and have them “cabined in the Texas Capitol” until they fulfill their legislative duties.