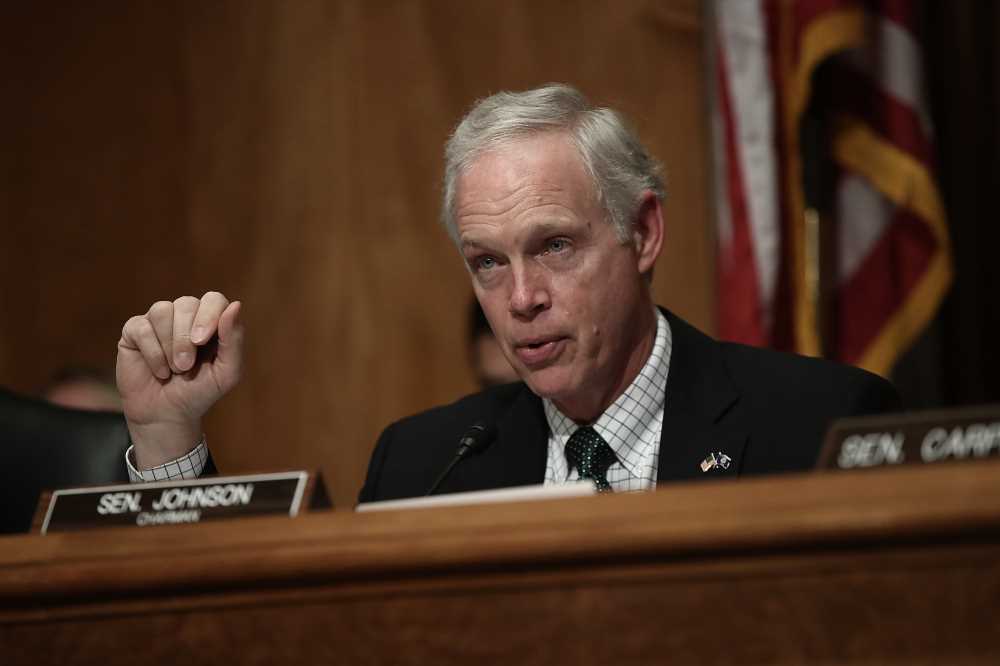 Republican Sen. Ron Johnson has said a lot of wild things about the Capitol riot—refusing to investigate it, calling it a “peaceful protest” and saying that that he would have been more concerned if the attackers were from Black Lives Matter or antifa—and a new progressive ad campaign is calling him out on it.

“You’re failing us, Senator Johnson,” the ad opens. “Protecting our democracy has never been partisan and yet you refused to investigate the deadly attack on our Capitol.”

The spot is part of an $800,000 print and TV ad campaign to oust the Wisconsin senator and is backed by a coalition of progressive groups calling themselves Democracy for All 2021 Action, NBC News reported. Included in the coalition are the NAACP, Sierra Club, Planned Parenthood Action Fund, Working Families Party and the labor union National Education Association. This is not their first ad buy. An earlier campaign by the group that ran in April of this year advocated for the For the People Act, voting rights legislation crafted by Democrats in an attempt to combat attacks on the right to vote by the Supreme Court and Republican state legislatures in recent years.

The ad also attacks Johnson for failing to protect voting rights. “You are more committed to the lie and rigging the system to retain power than you are to protecting Wisconsinites,” the ad said as it showed Johnson calling the Capitol riot a “peaceful protest” juxtaposed with rioters breaking glass as they tried to attack evacuating lawmakers.

Johnson has not yet committed to running for reelection when his term expires in 2022, but he is already outraising Democrats in the race. “I’m going to do everything I can to make sure that whoever runs, whether it’s me or somebody else, has got the best chance of winning and retaining the seat in Republican hands because of really what’s happening in this country and really the threat that Democrats in power pose to our freedoms,” Johnson told TV station WEAU at a local Republican event on Saturday.

But still, Democrats are determined. “Wisconsin’s a 50-50 state but somehow Ron Johnson only represents the views of the very fringe right wing,” said Democratic State Rep. Jodi Emerson, who has endorsed State Treasurer Sarah Godlewski for the 2022 Democratic primary.