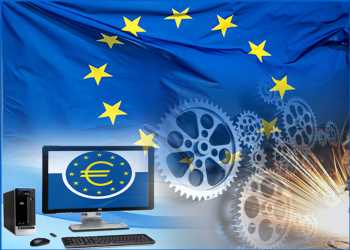 The euro area private sector grew at the fastest pace in 15 years in June driven by the improvement across manufacturing and services sectors amid the easing of the COVID-19 containment measures, final data from IHS Markit showed on Monday.

June marked not only the fourth successive month that the index has posted above the 50.0 no-change mark, but the highest index level since June 2006.

The services Purchasing Managers’ Index logged 58.3 in June, up from 55.2 in the previous month and the flash 58.0. The latest reading was also the highest since July 2007.

The PMI surveys suggest the region’s economy is firing on all cylinders as it heads into the summer, Chris Williamson, chief business economist at IHS Markit said.

Among big-four nations, Spain’s private sector grew the most since February 2000 and Germany posted the biggest growth for over a decade. Italy and France both registered their best performances for nearly three-and-a-half years.

The Germany’s composite output index rose to a decade-high of 60.1 in June from May’s 56.2, signaling a pick-up in the pace of recovery of the private sector as the second quarter came to a close. The flash score was 60.4.

France’s private sector completed the first quarter of uninterrupted growth since late-2019. The private sector expanded the most in just under three-and-a-half years in June.

Italy’s private sector logged its fastest upturn since January 2018. The composite output index improved to 58.3 from 55.7 in the previous month. The services PMI climbed to 56.7 from 53.1 in May. The expected level was 56.0.

Spain’s private sector activity continued to increase in June, rising for a fourth successive month and to the strongest degree seen since February 2000.

Spain’s composite indicator climbed to 62.4 in June from 59.2 in May. Growth rates were similarly sharp across both the manufacturing and service sectors. The services PMI improved to 62.5 from 59.4 a month ago.