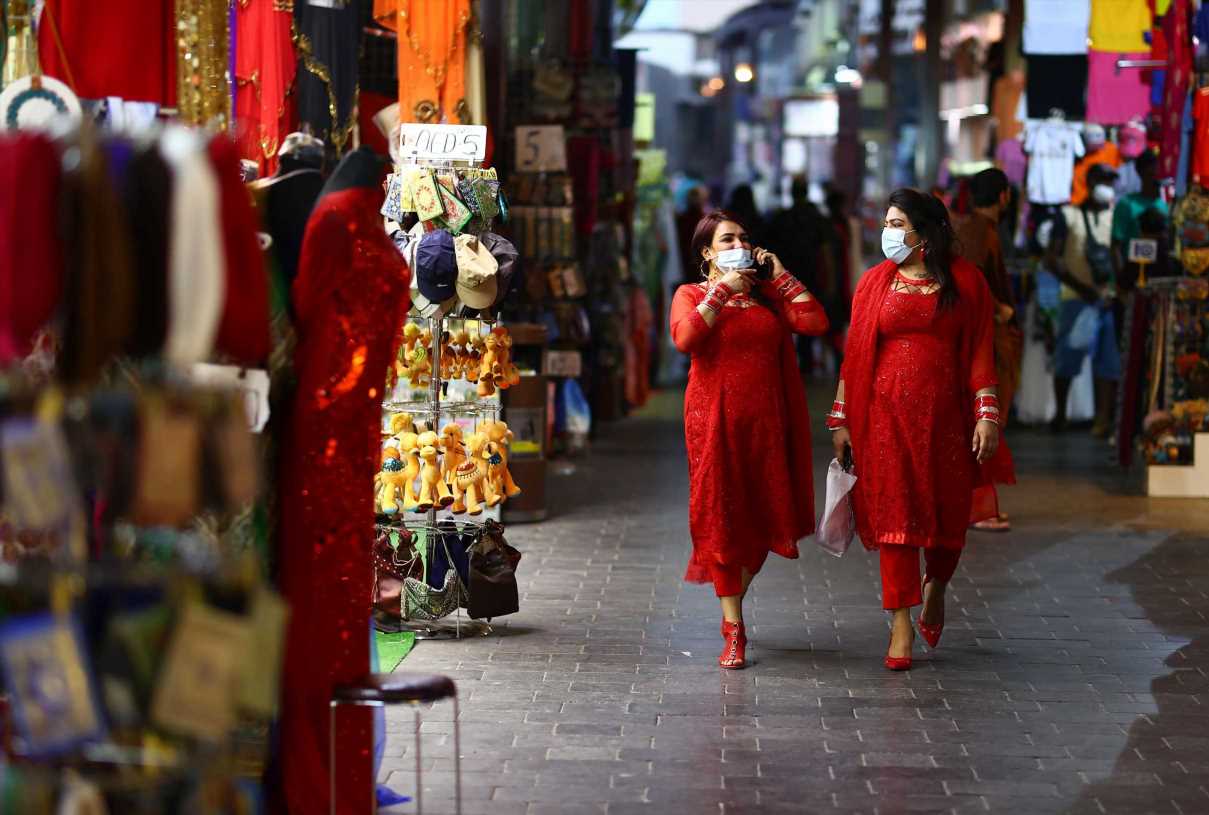 Vaccination campaigns in several Middle East nations raced ahead of the rest of the world at the beginning of 2021.

Israel, the United Arab Emirates and Bahrain topped the list when it came to doses administered per 100 people at the start of the year.

Six months later, all three are still among the top 10 most vaccinated countries — but charts show their Covid infection trends have varied greatly.

As of June 29, 57.8% of Bahrain's population were fully vaccinated and 59.7% of Israel's residents received both doses of the Covid vaccine, according to Our World in Data. The UAE's data on fully vaccinated individuals was last updated on April 20, when the figure stood at 38.8%.

Israel's new daily cases plummeted as its vaccination program ploughed on, and data showed that infections remained largely in the low double-digits for more than a month since the end of April. That was so until a resurgence emerged in late June.

Caseloads are a fraction of previous peaks, but have risen rapidly in recent days.

The highly contagious delta variant is responsible for about half the new cases, according to Nadav Davidovitch, chair of the Israeli Association of Public Health Physicians.

Still, simulations predict that even with "widespread transmission," there will only be several hundred severe cases, he told CNBC via video call. "Not like it used to be in the third wave," he added, referring to the spike that began late last year.

The United Arab Emirates ranks number one in terms of total doses administered per 100 people, according to Our World in Data. But new infections in the country have stubbornly hovered around 2,000 per day.

Cases have fallen from the record highs reported in January, and temporarily dipped to the mid-1,000 level in May, but have otherwise mostly stayed around the same region.

Still, the cases now remain higher than the average daily cases of about 1,200 reported in the fourth quarter of 2020.

The UAE's National Emergency Crisis and Disaster Management Authority in May announced that it would be offering a third dose of China's Sinopharm vaccine. It came amid questions over the efficacy of the vaccine as there were reports of infections in individuals who had received two shots.

The country later said those inoculated with Sinopharm's vaccine can receive the Pfizer-BioNTech shot as a booster, Reuters reported.

Infections in Bahrain hit record highs in late May even though vaccinations were well underway in the country.

According to Our World in Data, the kingdom reported 3,273 new cases on May 29.

At that point, more than 911,000 people in Bahrain had already received at least one dose of a Covid vaccine. It has a population of around 1.76 million people.

New daily cases have since fallen to the hundreds.

Bahrain is also offering third doses of Sinopharm's vaccine. Booster shots of the Pfizer-BioNTech vaccine are available to more vulnerable groups such as those above the age of 50, three months after they receive a second dose of Sinopharm.

Besides inoculation, a country's demographics and Covid restrictions also play a part in the severity of illness and how quickly the virus spreads.

Deaths in Israel and the UAE have fallen and stayed low, while daily new Covid-related deaths per million in Bahrain went as high as 17 in June.

Are Covid spikes a concern?

The outbreaks in the Middle East countries are not worrying, said Paul Tambyah, president of the Asia Pacific Society of Clinical Microbiology and Infection.

"I do not think that we should be too concerned," he told CNBC in an email. "The majority, or at least a significant proportion of cases have reportedly been in those who have not been vaccinated."

"The main concern is that it does not look like we can get away without vaccinating a very significant proportion of the population," he said.

A June 9 press release from Bahrain's ministry of health said the percentage of vaccinated people with active Covid-19 is very small — between 1% and 2%.

A health official from Israel reportedly said 40% to 50% of new coronavirus patients in the country have been vaccinated.

Davidovitch of the Israeli Association of Public Health Physicians suggested that even higher vaccination rates may be needed to slow the spread of a more transmissible variant.

Research has found that the Pfizer-BioNTech vaccine used in Israel is 88% effective against symptomatic Covid from B.1.617.2 — a subtype of the delta variant.

High vaccination rates will not rule out clusters of cases in future, medical experts said.

"I think that as long as the virus is circulating globally and borders remain open, there will be occasional outbreaks of the virus even in highly vaccinated populations," said Tambyah.

Davidovitch said "localized outbreaks" among children who are not vaccinated will probably continue.

He said it's "hard to tell" if a reliance on Chinese vaccines — as seen in the UAE and Bahrain — may be linked to dramatic spikes in Covid cases.

Tambyah noted that Israel, which has used mainly Pfizer vaccines, is seeing a resurgence in cases as well.

He said there are no scientific publications comparing traditional vaccines developed by China against vaccines that rely on messenger RNA technology, which instructs the body to produce a harmless piece of the virus that helps trigger an immune response.