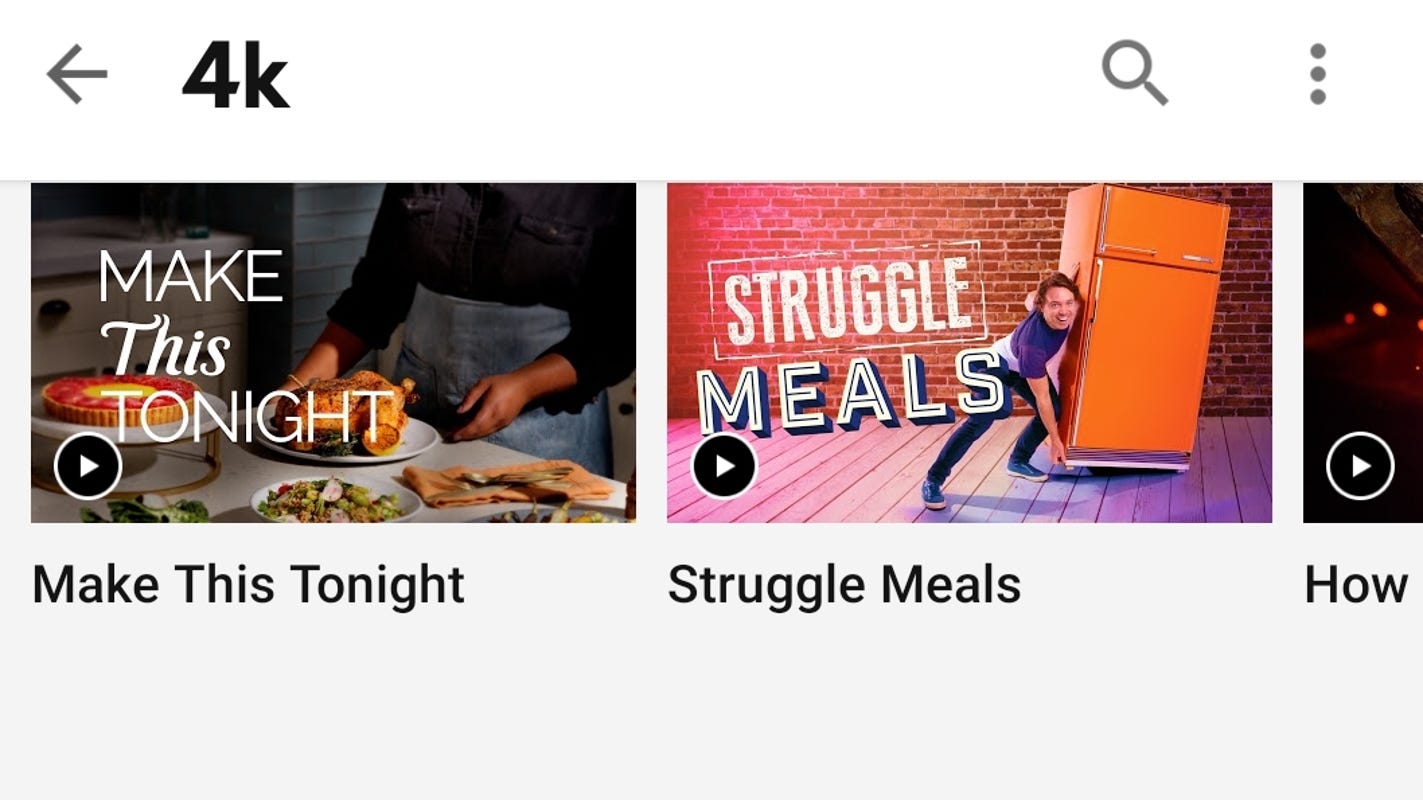 YouTube TV already comes with an all-you-can-eat DVR, but now you can download videos for when you may be offline.

But that new 4K Plus feature, so-called because it also includes 4K streaming of live TV, comes at an added price: $19.99 per month. That is on top of YouTube TV’s current monthly subscription price of $64.95, which gets you more than 85 channels of TV including local channels, plus CNN, Disney, ESPN, Fox News Channel, MSNBC, TNT and USA.

However, current YouTube TV customers can try out 4K Plus for free for 30 days. And if you sign up soon, you can get the new features priced at $9.99 for one year before it bumps up to the regular $19.99 fee.

Google data limits: Don’t forget your Gmail inbox. It could be stuffed

YouTube is also adding 5.1 Dolby surround sound, which will begin rolling out to select streaming devices over the coming weeks, said Kathryn Smith, product manager for YouTube TV, in a blog post. “You can soon watch movies as if you were in the theater, and enhance your watch experience even more with surround-sound audio,” she said.

4K Plus subscribers also get unlimited streams on their home Wi-Fi network (the standard subscription gets you three).

The 4K and Dolby surround sound option could come in handy for fans of the Olympics, as NBC plans to broadcast its primetime coverage in 4K with high dynamic range (HDR) and Dolby Atmos sound. Live competition on the Golf Channel and Olympic Channel – both available on YouTube TV – will also be shown in 4K HDR.

Currently, when you search “4K” on YouTube TV, most of the results are from Discovery 4K, Nat Geo in 4K and Tastemade in 4K. There’s no 4K sports broadcast planned in the next eight days by NBC, Fox Sports or ESPN, according to the service’s guide.