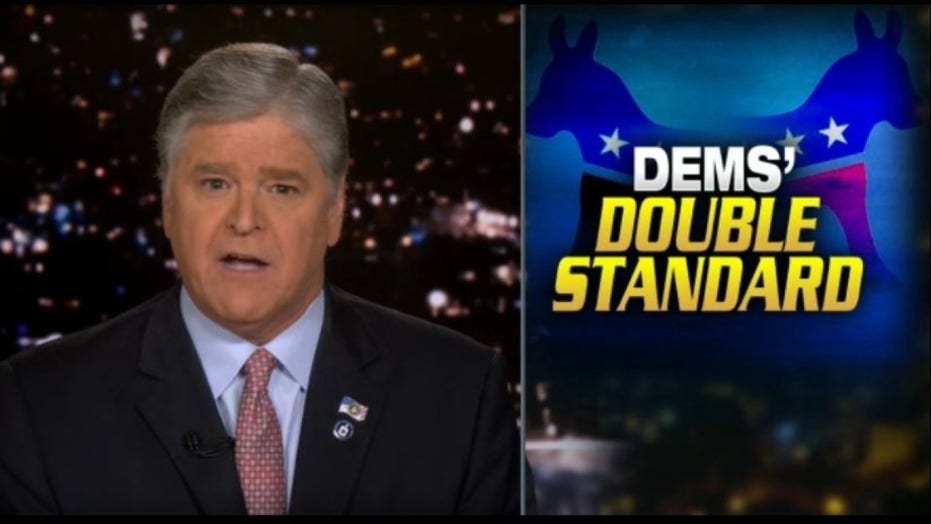 Hannity: Democrats are anything but immune to racism

Fox News host Sean Hannity spoke out against Sen. Sheldon Whitehouse, D-R.I., and the Democratic party for pushing curriculums like critical race theory, but failing to call out racist actions in their own party, Wednesday on “Hannity.”

Hannity pushed back against critical race theory saying, “This country succeeds with something called freedom, and individualism and capitalism and personal freedom, not collective guilt, not judging people based on the color of their skin, but the content of their character. What they are teaching and what they are preaching is the antithesis of what Martin Luther King Jr. dreamed of.”

Hannity went on to say that Democrats believe they are “immune” to racism, which is why they can’t see how critical race theory could be considered racist.

“Make no mistake, Democrats are anything but immune to racism,” he continued.

After playing several clips of President Biden making racially insensitive comments, Hannity turned to the New York Times questioning why “so-called” journalists haven’t asked the president about his “racist” past.

“Is The [New York] Times concerned with Joe Biden’s prior work in the Senate with segregationists? He wanted to stop the integration of schools, stop school bussing. Does the New York Times approve of Biden’s eulogy of former klansman Robert Byrd, where he praised Robert Byrd and his ‘incredible esteem?’” Hannity questioned. “Does the New York Times think it’s appropriate that Biden openly worried, as a Senator, if we had integration of schools in America, that our children would go to schools that are ‘racial jungles,’ his words?“

Hannity also referenced Biden’s infamous 1994 crime bill that many believe is responsible for helping to incarcerate minorities, questioning if The New York Times cared about the president’s past racial rhetoric or were letting it go because he is a Democrat.

“Ultimately, most on the left, they don’t really care about racism, only if they can politicize it. Lives matter, but only when they get to politicize it? For them, it’s a means to an end. On the left race is a political tool they use to take down their enemies.”