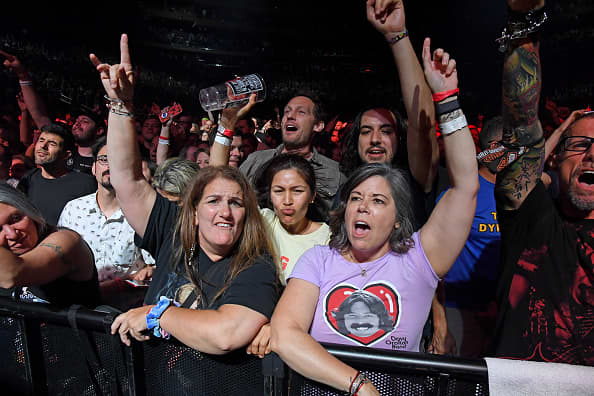 As the U.S. pushes ahead with its reopening, easing mask mandates and lifting public health restrictions, much of the rest of the world is seeing an alarming surge in the number of Covid-19 infections and deaths.

The stark contrast underscores how unevenly the coronavirus pandemic has spread, now hitting low-income nations harder as they struggle with access to vaccines, the rapid spread of new variants and heavily burdened health-care systems.

It also shows why, even with nations such as the U.S., China and the U.K. recording relatively low Covid-19 infections and fatalities thanks to a mass vaccination drive, the global health crisis is still far from over.

To be sure, more people have died from Covid-19 this year than in all of 2020, according to data compiled by the World Health Organization. The official global death toll stood at 1,813,188 at the end of 2020. More than 2 million people have died as a result of Covid so far this year.

U.S. Covid-19 cases have fallen far below the winter peak in recent weeks, with new diagnoses now down at a seven-day average of around 11,310 a day, compared to more than 250,000 at the start of the year. Fewer reported infections have coincided with fewer hospitalizations and deaths.

It has paved the way for most states to pursue plans to go back to business as usual, with California and New York both lifting most of their public health restrictions in recent days.

Mississippi and Texas both lifted all Covid restrictions in March with Texas Gov. Greg Abbott in May adding the additional threat of fines for cities and local officials that were still imposing mask mandates.

Across the U.S., amusement parks, sports stadiums and bars are reopening and at full capacity since the Centers for Disease Control and Prevention eased its mask guidance in May. The nation's leading health agency said it was safe for fully vaccinated people to ditch their masks whether they were outside or indoors.

The latest Axios-Ipsos Coronavirus Index found that the country's fears of Covid-19 continued to recede as people increasingly got out of their homes. In the week through to June 8, roughly two-thirds of Americans saw family and friends and 61% went out to eat.

Both of those figures were up from late May and were said to represent "the greatest level of out of home activity since the start of the pandemic." The Axios-Ipsos poll was conducted from June 4 to June 7 and was based on a nationally representative probability sample of 1,027 adults.

A return to a sense of normalcy in the U.S. has been boosted by the country's relatively high vaccination rates. More than 177 million doses have been administered in the U.S., giving 53% of the population at least one dose, according to U.S. data. By contrast, some of the world's poorest countries are yet to register a single dose.

Speaking on Tuesday during a news conference on the pandemic, White House health advisor Dr. Anthony Fauci said the highly transmissible delta variant was the "greatest threat" to the nation's attempt to eliminate Covid-19.

Delta, first identified in India, now makes up about 20% of all new cases in the United States, up from 10% about two weeks ago, Fauci said. He has previously warned the country must avoid falling into the trap of believing the coronavirus crisis was over and no longer needed to be addressed.

In the global scramble for Covid-19 vaccines, high-income countries, predictably, have sought to secure stocks for their own populations first. It has created a situation in which millions of people have received doses in countries such as the U.S., the U.K. and China, largely thanks to the domestic development of vaccines and by striking advance purchase agreements with manufacturers.

By comparison, parts of Africa, Asia and the Pacific Islands have recorded low vaccination rates to date. Less wealthy countries are relying on Covax, the WHO's vaccine-sharing initiative. Vaccine diplomacy has also played a significant part in the race to secure supplies, although health experts have raised questions about the effectiveness of China-made vaccines.

Ireland's Health Minister Stephen Donnelly seemed to get to the crux of why high-income countries are pursuing a me-first approach to vaccines when speaking to the country's Newstalk radio station earlier this year.

The idea that countries would be willing to give vaccines to other countries before they vaccinate their own population "obviously doesn't hold up," Donnelly said. Referring specifically to the U.K., he added: "They're not doing it. We wouldn't do it."

WHO Director-General Tedros Adhanom Ghebreyesus has described the persistent global inequity as "vaccine apartheid" and a "catastrophic moral failure" that has resulted in a "two-track pandemic."

The WHO has warned Covid-19 is spreading faster than the global distribution of vaccines. It has said the world's shared goal must be to vaccinate at least 70% of the global population by the time the G-7 meets again in Germany next year. Tedros has said it will require 11 billion vaccine doses to achieve this target.

G-7 leaders on June 11 promised to secure 1 billion more vaccine doses over the next 12 months either directly or via Covax.

"This is a big help, but we need more, and we need them faster. More than 10,000 people are dying every day," Tedros said at a press briefing on June 14.

"These communities need vaccines, and they need them now, not next year," he added.

Health experts have cautioned that billions of people worldwide may not have access to vaccines this year, a prospect that raises the risk of further mutations of the virus emerging — possibly undermining the effectiveness of existing vaccines — and prolonging the pandemic.

"The very unequal access to vaccines between rich and poor countries is probably the most stark example of how global inequalities are manifesting themselves during the Covid-19 pandemic," Dr. Michael Baker, an epidemiologist at the University of Otago in Wellington, New Zealand told CNBC.

Many groups have been pushing for the waiving of certain intellectual property rights on Covid-19 vaccines and treatments, including the WHO, health experts, former world leaders and international medical charities.

President Joe Biden's administration has thrown its weight behind the calls, but a small number of governments — including the U.K., EU and Brazil, among others — have stonewalled a landmark proposal submitted at the World Trade Organization.

The WHO's latest figures show that while the number of new cases worldwide has declined for eight consecutive weeks, this trend masks a worrying increase in cases and deaths in many countries.

A study in The Lancet medical journal, published on May 22, found that Africa has the highest global mortality rate among critically ill Covid-19 patients, despite recording fewer cases than most other regions.

"While a handful of countries have high vaccination rates and are now seeing lower numbers of hospitalisations and deaths, other countries in Africa, the Americas and Asia are now facing steep epidemics. These cases and deaths are largely avoidable," Tedros said.

Health experts are concerned about the spread of the highly transmissible delta variant. The Covid variant first identified in India is thought to be on track to become the dominant strain of the disease worldwide.

Former FDA commissioner Dr. Scott Gottlieb told CNBC on Thursday that the spread of the delta variant in the U.S. was "highly concerning," noting its prevalence in the country is currently doubling every 10 to 14 days.

"I think as far as the summer is concerned, we are unlikely to see a big resurgence of infections even with this new variant but this is a significant risk for the fall," Gottlieb said.