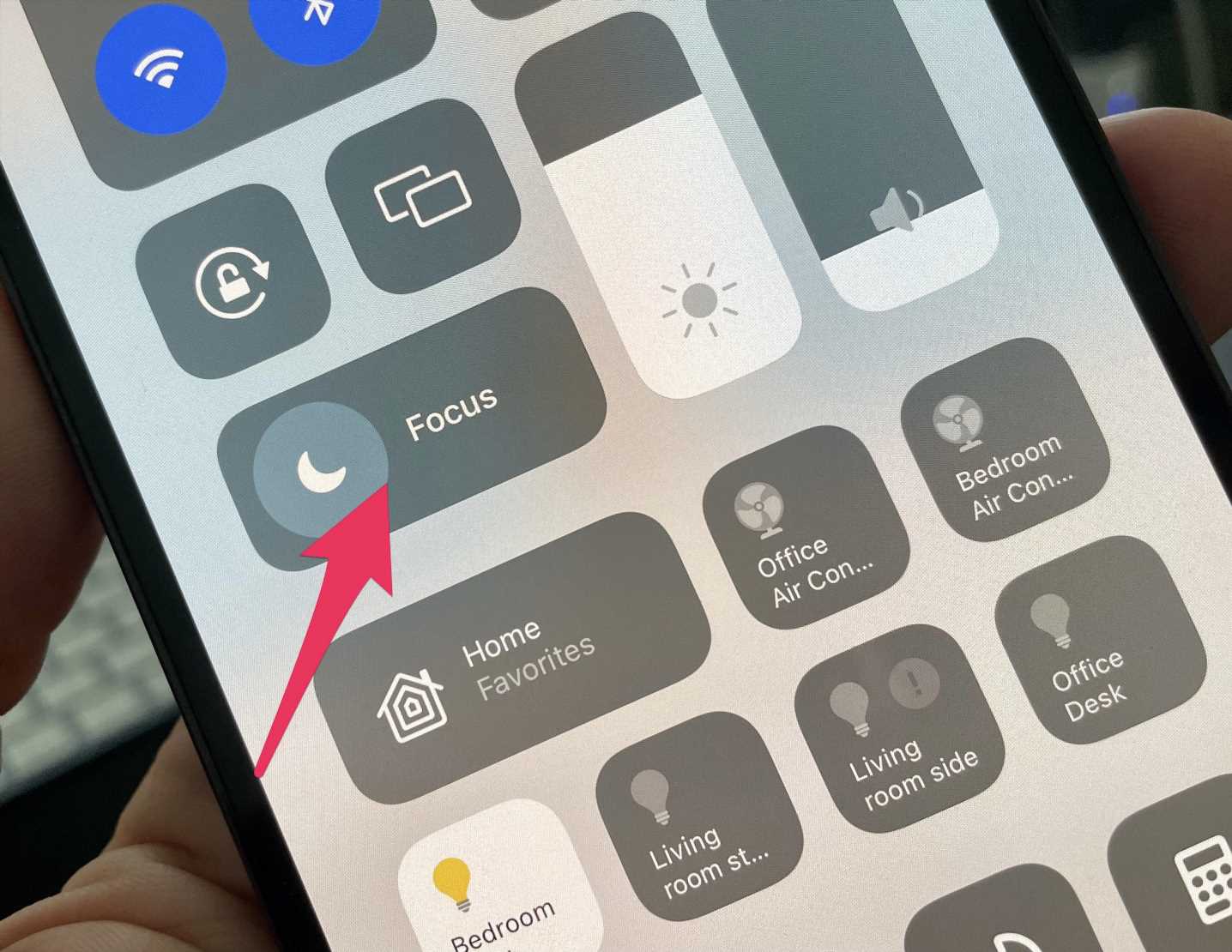 Apple's new iPhone software, called iOS 15, will be available this fall with lots of new features. But one of the ones I've enjoyed most while toying around with the developer beta is called "Focus." It lets you block out all the noise — any notifications from apps and messages you don't care about — during certain times. Then you can catch up on all those notifications later.

It means I can feed my son, hang out with my family, watch a movie or read a book without seeing any new notifications on my phone. Right now, even in the Do Not Disturb mode that currently exists, I might still pick up my phone and see that I've received new messages, Slack alerts, news alerts and more — even if it isn't dinging me every time.

But Focus is way more extensive and customizable than Do Not Disturb. It gives you total control over what apps and people are able to reach you. And it's just a tap away. On iPhones with Face ID, you just swipe down from the top-right of the screen in iOS 15 and tap a new button that says "Focus."

So, for or example, i can set Focus to interrupt me if I get a text from my wife, but I won't receive an alert from anyone else. (When everyone is running iOS 15 people will be able to push a message through to you if they see you're in Focus mode, which is good for emergencies.) Even if I pick up my phone, I won't see a notification that I've received a text message, a Slack alert or anything else I've deactivated.

IOS 15 will let you set different Focus profiles, which you can easily switch between. You might have one for "Personal" time, for example, which is what I turn on when I only want notifications from family members who are texting me. There are also "Sleep" and "Work" profiles that you can customize, and you can create others.

Even cooler, Focus can be applied to all of your Apple devices at the same time. So, when I turn on Focus mode on my iPhone, it automatically turns on for my Apple Watch, iPad and MacBook.

If you really need to see if you're missing a ton of incoming notifications that might be important, you can cheat and see a summary of the notifications you've received in Focus mode by swiping down from the top of the screen. But I've found this is a lot less tempting than seeing alerts pop up, and I usually don't even look. That helps me pay attention to what's going on around me instead.

IOS 15 has a lot of new changes that are exciting, like big updates to FaceTime, the Safari web browser, Messages and more. But most people will find Focus is one of those less-talked-about features that will really impact how we use our phones — especially in times when we prefer to put them down.

The update will be available to everyone in the fall but a public beta that will let people try the new features will launch sometime in July.