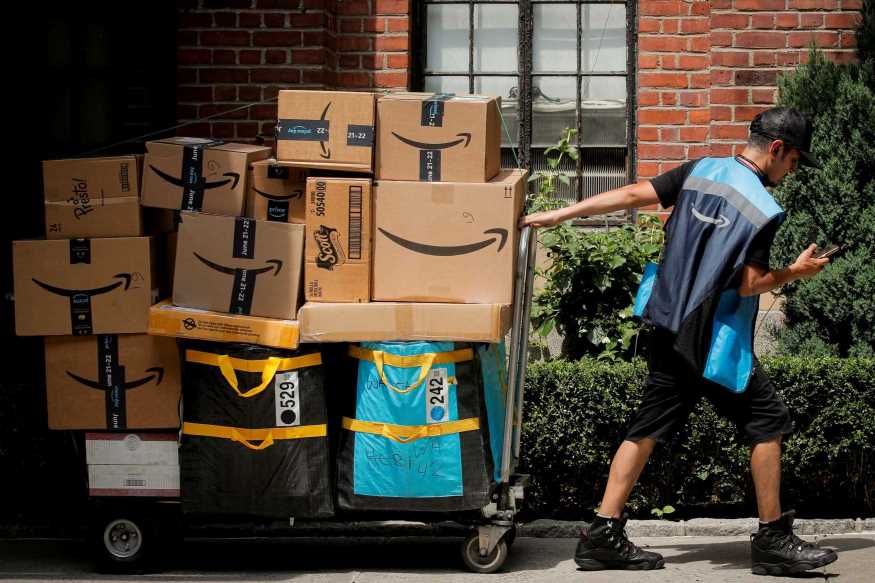 Amazon on Wednesday announced the results of its annual Prime Day sale, which ended Tuesday, highlighting how the event gave a lift to its third-party sellers.

But Amazon's publicity around the Prime Day results was muted compared with previous years, lacking the sales superlatives it typically offers to show how consumers flocked to the site to snap up heavily marked-down goods.

Amazon has previously characterized the event as its "biggest day ever" or the "largest shopping event in Amazon history." That language was noticeably absent from this year's results, with the company instead opting to note that Prime Day was the "two biggest days ever" for merchants.

Amazon never discloses total Prime Day sales, but last year it took the rare step of disclosing that third-party sellers brought in $3.5 billion during the event. That figure was also missing from this year's results.

Read more about what Amazon and others have planned for this year's sales events:

Amazon launched Prime Day in 2015. The multiday discount event helps Amazon attract new Prime subscribers and allows the company to promote its products and services. It's grown to become one of the busiest shopping days of the year for Amazon and other retailers who run competing deals.

It's likely that Amazon still hauled in record sales during Prime Day, but growth could be slower compared with previous years. Adobe Analytics estimated that Prime Day sales surpassed $11 billion, representing 6.1% growth compared with last year's mid-October event. According to Digital Commerce 360, Amazon sold $10.4 billion worth of goods on Prime Day last year, up 45.2% from $7.16 billion in 2019.

Supply chain issues may have contributed to a more muted Prime Day. Third-party sellers were under added stress this year as they tackled widespread supply chain disruptions, ranging from the global chip shortage to a spike in Covid-19 cases at two of China's busiest ports. Some sellers told CNBC they opted to run fewer Prime Day discounts this year out of concern that they might run out of stock.