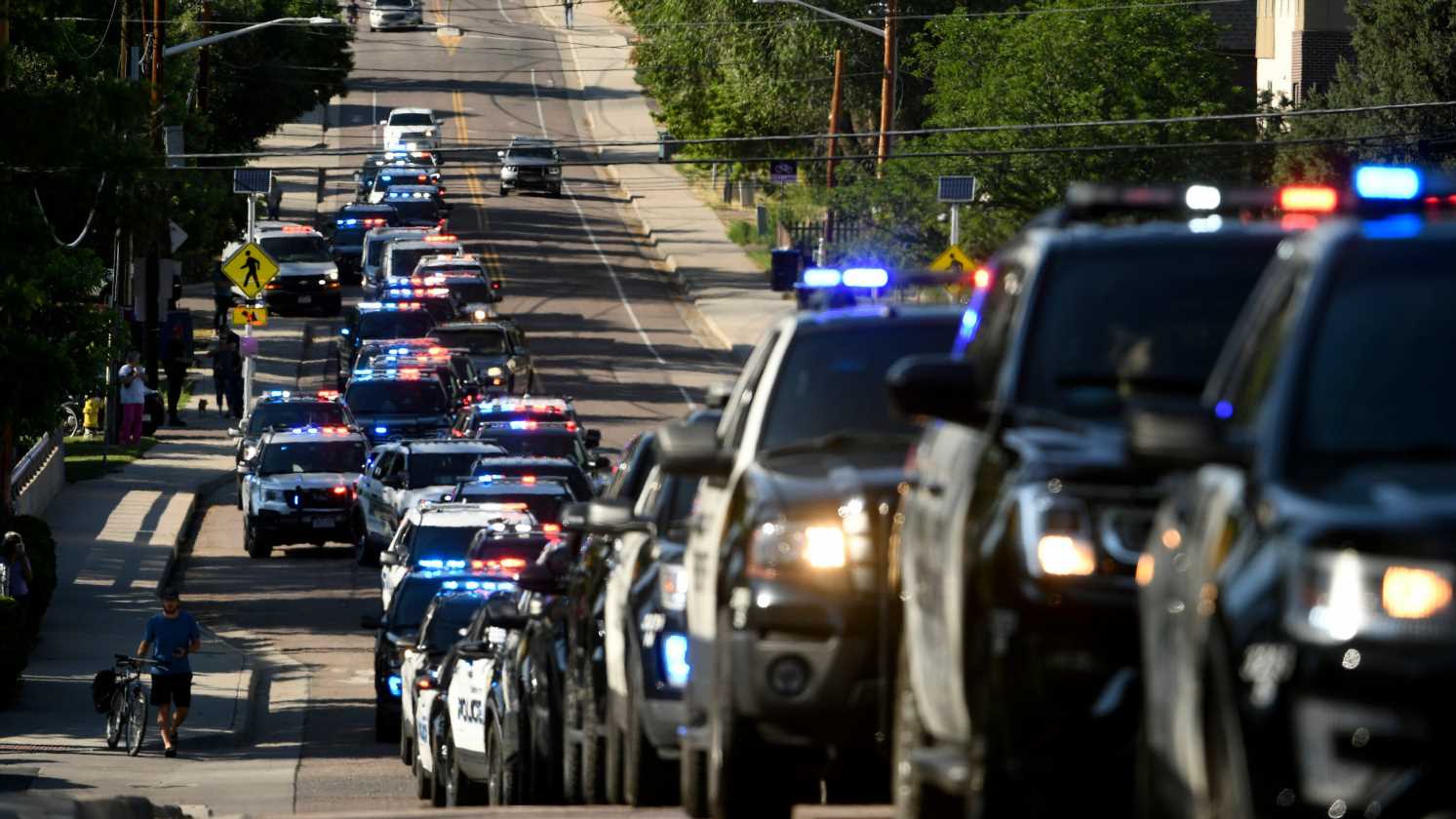 Authorities in Colorado were trying to determine Tuesday what prompted a shooting spree in suburban Denver shopping district that left a police officer, bystander and suspect dead.

The bills require an expanded background check before gun purchases and also reverse a ban that kept local governments from creating their own gun regulations. The state is also creating an Office of Gun Violence Prevention.

“My thoughts are with the family and friends of those killed including an Arvada Police Officer who was tragically killed in the line of duty while swiftly and bravely responding to protect civilians,” Gov. Jared Polis tweeted late Monday.

Arvada police could provide few details on the carnage. Police responded to a suspicious incident near the library in the area, then received a 911 call about 15 minutes later reporting shots fired, Deputy Police Chief Ed Brady said. The bystander was identified only as a “Samaratin”; the officer was 19-year police veteran Gordon Beesley.

Brady Turner, 18, was eating lunch at the Arvada Army Navy Surplus store when he heard three gunshots and screaming. He told the Denver Post he fled the area.

“I was looking in all directions to make sure no one was following me,” he said.

Dozens of police vehicles line up to take part in a procession held in the aftermath of a shooting in Olde Town Arvada that took the life of a police officer on Monday, June 21, 2021 in Arvada, Colo. (Photo: Helen H. Richardson, AP)

Employees at the Arvada Chamber of Commerce, less than a block from the shooting site, sheltered in the building’s basement for more than an hour after the shooting subsided.

“Our hearts are with the Arvada Police Department and all who were impacted today,” Arvada Chamber President Kami Welch said in a statement to the Post.

Mayor Marc Williams said he was driving in the area when he saw about a dozen police cars with their flashing lights and sirens race past.

“I knew something serious had happened,” he said. “I didn’t know how serious.”

Later, a phalanx of police officers in a lengthy procession of vehicles accompanied the slain officer’s body from the scene to the Jefferson County Coroner’s Office. Scores of local residents also gathered to pay their respect to the officer.

“Remember Officer Beesley and all the lives he touched during his career,” tweeted Colorado State Patrol Troop 2C. “Blessed are the peacemakers. #ThinBlueLine”