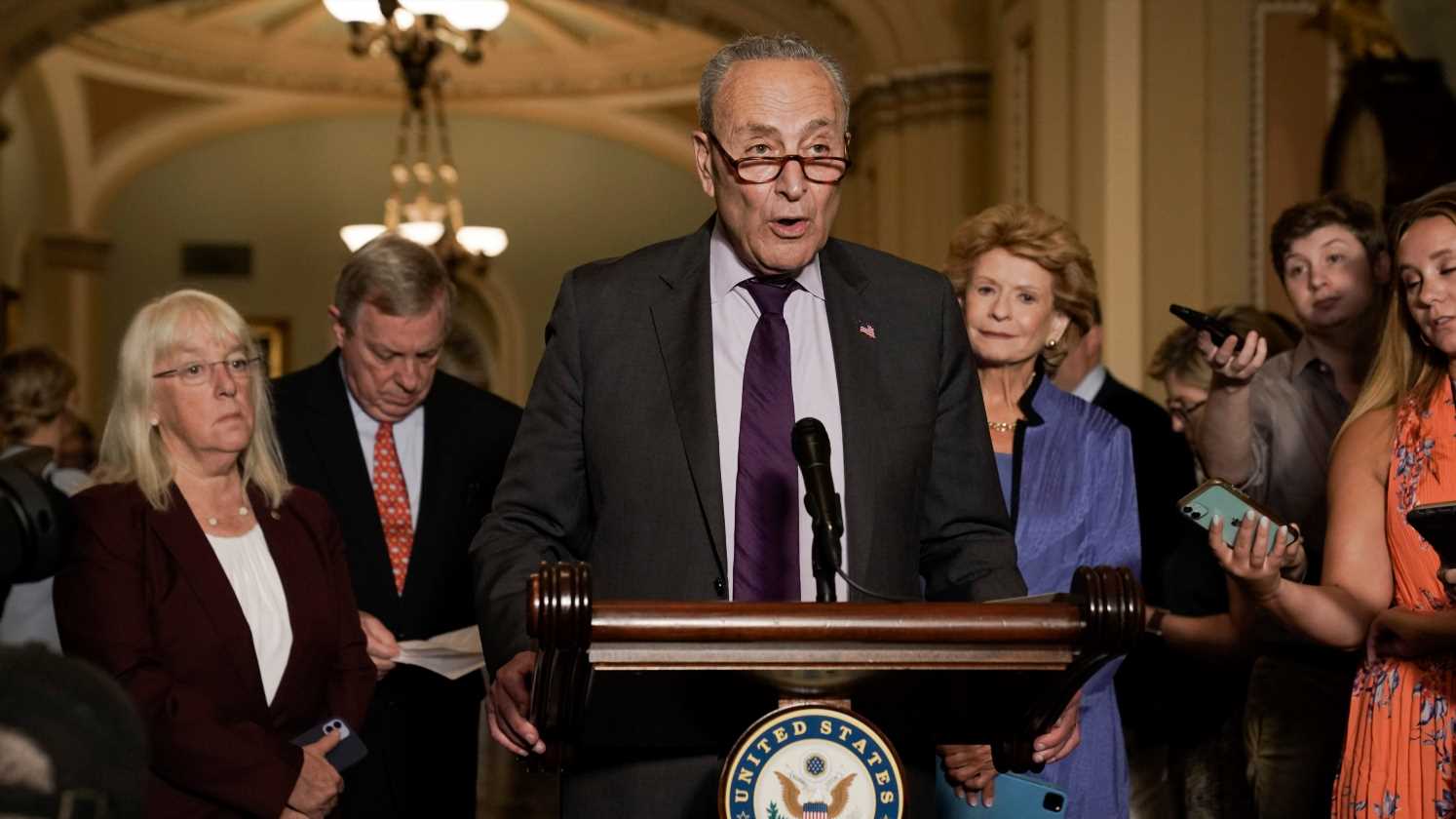 Senate Majority Leader Chuck Schumer, D-N.Y., and the Democratic leadership speak to reporters about progress on an infrastructure bill and voting rights legislation, at the Capitol in Washington, Tuesday, June 15, 2021. Today was the first day democrats met for an in-person luncheon since the pandemic began in 2020.  (Photo: Jessica Koscielniak, USA TODAY)

This week, the Senate could vote on the For the People Act, a bill that would strengthen voting rights.

Meanwhile, Joe Biden just may be the most LGBTQ-friendly president in U.S. history.

It’s Mabinty, with the news of the day.

The Senate is poised to consider voting rights legislation this week, possibly voting as soon as Tuesday. Its passage looks unlikely, but Democrats are working overtime to unify in its favor as Republicans stand firm in opposition.

Democrats hailed the For the People Act – a sweeping bill aimed at protecting voters’ rights, increasing election security and mandating independent redistricting, among other provisions – as a bold countermeasure to restrictive voting measures pursued in several states. Republicans slammed the legislation as overreaching.

In the Senate, Democrats need the support of at least 10 Republicans to overcome a legislative hurdle called a filibuster to bring the bill to a vote. Moderate Sen. Joe Manchin, D-W.Va., has sought to tweak the measure to bring Republicans onboard.

He offered some compromises last week. Wednesday, Manchin delivered a list of provisions in the bill he opposed and supported, saying he would not rule out voting for a modified piece of legislation.

Is Biden our generation’s FDR?

Many comparisons – not all of them favorable – have been made between the size and scope of Biden’s ambitions and former President Franklin D. Roosevelt’s programs and the World War II spending that lifted the nation out of the Great Depression.

Transportation Secretary Pete Buttigieg, who has been at the forefront of selling the infrastructure component of Biden’s plan, calls it the “largest jobs package since World War II.”

Biden’s plan to give all Americans access to affordable and reliable high-speed internet evokes the New Deal initiative to bring electricity to rural America. Updating Roosevelt’s Civilian Conservation Corps that put millions of men to work on conservation and development projects on rural lands, Biden wants to create a Civilian Climate Corps to address the threat of climate change.

Tick-tock 🕰: After swift passage of a $1.9 trillion coronavirus relief package in March, Biden’s hope of making generational and transformational changes is running up against the reality of a closely divided Congress and the clock.

Presidents typically achieve their biggest accomplishments early in their first terms. Democrats have no room for error in the 50-50 Senate, and Manchin has resisted moving forward without support from some Republicans.