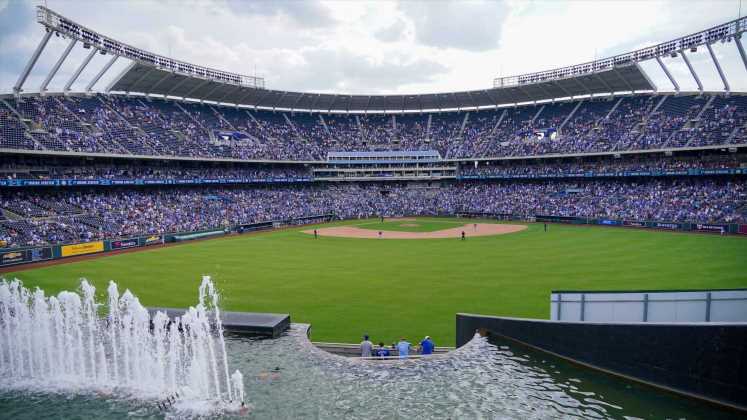 An Andy Reid doppelgänger fooled fans and apparently Kansas City announcers during a Royals-Red Sox game on Friday, and the moment went viral on Twitter after the team posted the video without clarifying that it was not, in fact, the Chiefs coach.

Reid wasn’t actually sitting with the general population at the Royals game, but it sure looked like he was. His doppelgänger donned a Royals ‘KC’ hat and a blue Chiefs Hawaiian shirt, which made the act all the more convincing since that is Reid’s signature shirt.

The man, who Royals announcers referred to as “coach,” is actually self-proclaimed Chiefs superfan Matt Black. His act started when he needed a quick Halloween costume and people started asking him for autographs, but he skyrocketed to fame through his TikTok account, Almost Andy Reid, which has over 250,000 followers.

The Royals tweeted the clip and never stated that it wasn’t Reid, leading to people – and several media outlets – to assume that the doppelgänger was the Chiefs head coach and not just a look-alike fan. Only after fans shared Black’s TikTok video in the comments did people catch on.

The announcers asked if “coach was taking a selfie” and acknowledged that “he’s human” before suggesting that Reid “dial up some deep patterns and maybe Salvy can go deep” or “bring in Mahomes in relief.”

All the announcers had to do was ask. Salvy, or Royals’ catcher Salvador Pérez, tagged a Red Sox player at the plate and then hit a single into left field that put two Royals on base. Adalberto Mondesi finished what Pérez had started with a three-run homer, and Reid’s winning record followed his doppelgänger as the Royals’ beat the Red Sox 5-3.