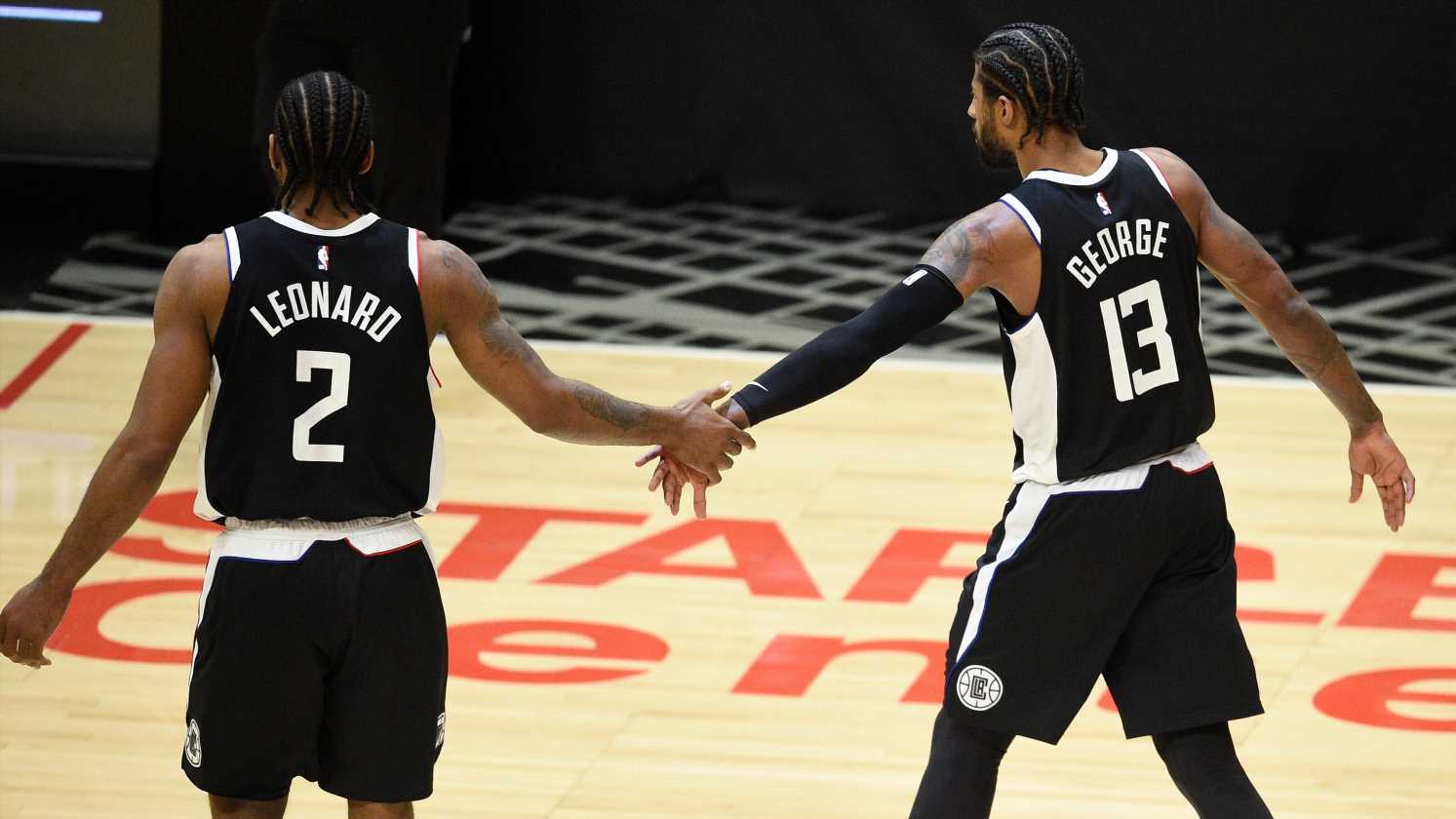 LOS ANGELES — After the shot left his fingertips and the ball splashed into the net, Los Angeles Clippers forward Paul George stared out toward the crowd and waved his hand.

After he swiped the ball out of the hands of Utah Jazz star Donovan Mitchell, Clippers forward Kawhi Leonard raced toward the basket and threw down a one-handed dunk.

These moments captured what makes the Clippers’ two stars so versatile, and dangerous. They have shown this potential throughout their NBA careers.

They have rarely lived up to it collectively, though, during their two years together with the Clippers.

That is until Leonard and George played a major factor in the Clippers’ 132-106 Game 3 win over the Utah Jazz on Saturday at Staples Center.

The Clippers reduced the Jazz’s first-round series lead to 2-1 partly because of Leonard’s 34 points on 14-of-24 shooting and 10 rebounds. The Clippers eliminated the possibility of a four-game Jazz sweep partly because of George's 31 points on 12-of-24 shooting, including a 6-for-10 mark from deep. Both dished out five assists. For the first time this playoffs, Leonard and George had 30-point nights in same game.

“They are two of the best in the league,” Clippers coach Tyronn Lue said. “I don’t go to Mastro’s to order a ketchup. I go there to order a steak. And tonight, our guys want steak.”