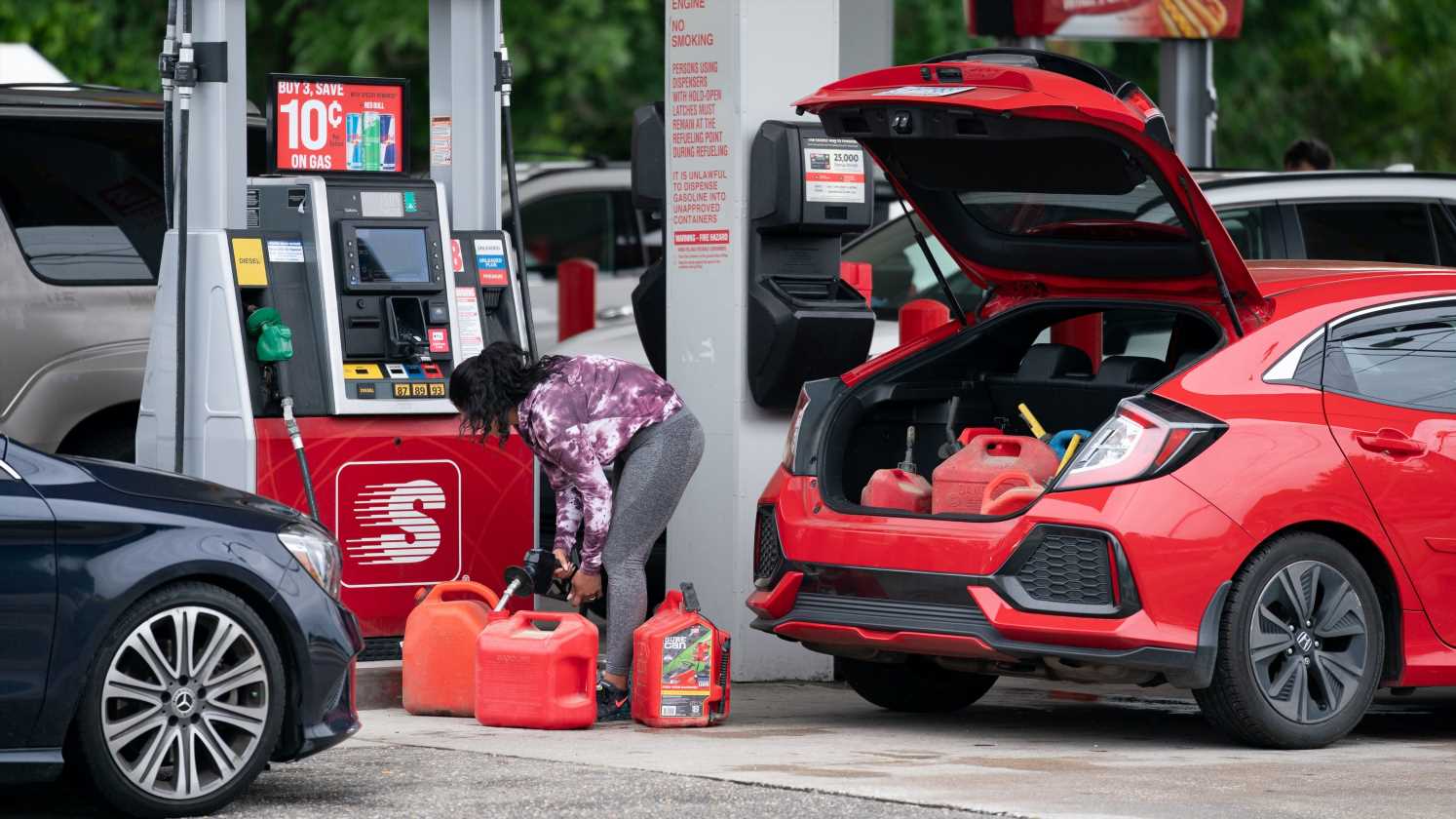 The claim: Joe Biden is to blame for higher gas prices

The rising cost of gasoline is being felt across the U.S., as the national average price has gone up from $2 per gallon last year to $3 per gallon as of June 9, according to data from the American Automobile Association.

Many on social media claim President Joe Biden is to blame for this change.

“Man I haven’t seen gas prices this high since the last time (a) Democrat was in office!” claims one meme shared to Facebook on May 22.

“Thanks to Biden another disaster to deal with,” said another under a May 11 post.

Blaming Biden for this uptick isn’t a new phenomenon. These claims have been in circulation since January and particularly allege Biden’s cancellation of the Keystone XL pipeline significantly impacted gasoline, “ensur(ing) a huge increase in gas prices for millions of us.”

USA TODAY has reached out to the posters for comment.

While it’s true gasoline prices have risen significantly since Biden took office on Jan. 20 the upward trend predates Biden’s time in office and is related to COVID-19 and market factors, not who occupies the White House.

Pandemic’s effect on supply and demand

As with any commodity, the price of gasoline is determined by the simple balance of supply and demand: a high supply and low demand means low prices, while a low supply and high demand mean prices rise.

The most important driver of this fluctuation is crude oil, from which gasoline is derived. This fossil fuel typically accounts for between 50% and 60% of the price at the pump, said Jeanette McGee, a spokesperson for AAA.

In 2020, crude oil prices became extremely cheap, so much so it was being traded at negative prices, McGee told USA TODAY. Brent crude oil, for example, a blend supplying most of Europe, was being sold at $9 a barrel, its lowest price in decades, the U.S. Energy Information Administration (EIA) reported.

The primary reason for this drop in crude oil prices was the pandemic, said McGee and Mark Finley, a fellow at Rice University’s Center for Energy Studies.

In response to the low demand due to reduced travel and lockdown restrictions, Finley said major oil-producing countries like Russia, Saudi Arabia and member countries of the Organization of the Petroleum Exporting Countries, or OPEC, decided to cut down on their own oil production.

But the cut meant oil producers weren’t ready to meet the demand for crude oil once it renewed this year thanks to easing of COVID-19-related restrictions.

“This year, demand has so far increased more quickly than production rates, which means the United States had to draw more on its gasoline storage inventories, which has contributed to prices going up,” EIA spokesperson Chris Higginbotham said in an email to USA TODAY. “We expect oil producers in the United States and globally to increase their production levels through 2022, which we expect to contribute to lower crude oil prices, and lower gasoline prices.”

While presidential actions and policies can have some impact on the crude oil market, they don’t have as much influence over gasoline prices as one might think.

“Some of (a president’s) decisions can impact or contribute to market changes, which can then impact (future) crude oil, but they don’t dictate gas prices,” said McGee. “If you go back and look at historical data, whether it was Bush, Obama, Trump or Biden, (gas prices) go up and down no matter who’s in office.”

During former President Donald Trump’s term, the national average for gasoline had gone up to nearly $3 a gallon in May 2018 and hovered close to that price until fall 2018, according to data maintained by AAA. The cost rose yet again to nearly $3 a gallon in May 2019 before dropping slightly below $2 per gallon when state and local governments mandated lockdowns in March 2020.

Gas prices slowly crept from $2.20 per gallon in September 2020 to $2.40 by the time Biden took office in January 2021. McGee said elections typically drive gasoline prices up.

This upward trend was expected to continue due to pandemic recovery, reduced crude oil supply and the approach of summer – historically considered a peak travel season – but arrived sooner due to the ransomware attack on the Colonial Pipeline, the East Coast’s major fuel supplier.

“We have expected gas prices to hit $3 a gallon around Memorial Day, but with the (Colonial) pipeline offline, it actually jumped the national average to $3 and more prior to Memorial Day,” said McGee.

Many critics point to Biden’s decision on the Keystone XL pipeline as fueling the gas price spike, but experts say there’s no such connection.

The extension of the Keystone pipeline, first proposed in 2008 by TC Energy based in Calgary, Canada, was rejected by former President Barack Obama in November 2015 but later approved by Trump in March 2017 . Biden then suspended the project in January. And on June 9, TC Energy announced it was terminating the project.

Even if construction wasn’t halted, the Keystone XL pipeline wasn’t in operation and therefore wouldn’t have an impact on current gas prices, said Finley of Rice University.

“That was something that would impact down the road,” he said.

David Dismukes, economist and executive director of Lousiana State University’s Center for Energy Studies, agreed, telling USA TODAY the pipeline would have had a “longer-run impact in providing a diversity of supply for refineries in the Gulf Coast.”

Similarly, other energy policies rolled out by President Biden, such as postponing oil lease sales, have a long-term, but not short-term, effect.

“If you look at some of the actions taken by the administration with regard to offshore drilling, drilling on federal lands, the outlook for fossil fuel energies in general, those are impacting the price of crude and expectations about crude oil,” said Diskmukes. “(Biden’s policies do) have an impact, but that’s not what you’re seeing at the pump right now.”

Based on our research, we rate FALSE the claim President Joe Biden is to blame for the current higher gas prices. The upward trend in gas costs we see now began months before Biden took office. Because of reduced demand amid the COVID-19 pandemic, oil companies had to cut back on the amount of crude oil produced. Now with restrictions being lifted and more travel happening, the demand has increased, which, coupled with lagging supply, has led to increased gasoline prices. Canceling the Keystone XL pipeline and other energy policies enacted by Biden have a long-term effect on crude oil supply but no present impact on gasoline prices.