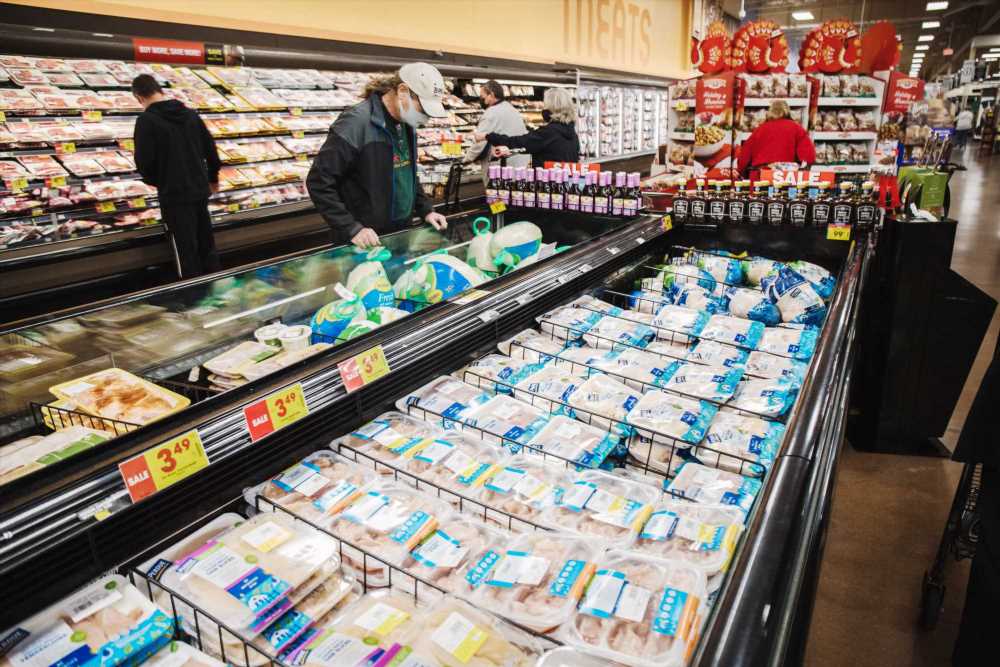 Consumer prices for May accelerated at their fastest pace in nearly 13 years as inflation pressures continued to build in the U.S. economy, the Labor Department reported Thursday.

The consumer price index, which represents a basket including food, energy, groceries, housing costs and sales across a spectrum of goods, rose 5% from a year ago. Economists surveyed by Dow Jones had been expecting a gain of 4.7%.

The reading represented the biggest CPI gain since the 5.3% increase in August 2008, just before the worst of the financial crisis sent the U.S. spiraling into the worst recession it had seen since the Great Depression.

Though the inflation readings are well above anything seen since the financial crisis, the Federal Reserve has been largely dismissive of the numbers. Central bank officials believe the current rise is due to temporary factors that will abate as the year goes on and look higher because of comparisons to the year-ago period when much of the economic activity remained restricted due to pandemic precautions.

Consequently, market participants generally do not expect to see the Fed react to the latest numbers when the policymaking Federal Open Market Committee meets next week.

Used cars and truck prices continued their climb higher, rising 7.3% on the month and 29.7% for the past 12 months. The new vehicles index increased 1.6%, its biggest-single month gain since October 2009 and was up 3.3% for the 12-month period, the highest move since November 2011.

However, the energy index was about flat for the month despite the huge run-up in gasoline prices this year, while the food index repeated its April rise of 0.4%.

The gasoline index is up 56.2% over the past year, part of an overall 28.5% increase in energy during the period. Food prices have remained comparatively tame, up 2.2% for the 12-month period.

A separate gauge that excludes volatile food and energy prices increased 3.8%, vs the Dow Jones estimate of 3.5% for so-called core inflation. That was the fastest pace since May 1992.

Another report released Thursday showed that jobless claims for the week ended June 5 came in at 376,000. The estimate was 370,000. The total still marked the lowest of the pandemic era.

Investors, though, remain heavily focused on inflation, which hasn't been a major threat to the U.S. economy since the early 1980s.

Prices urged across a variety of sectors as the economy continued to recover from the harsh restrictions government officials put in place during the pandemic.

Household furnishings and operations rose 1.3%, the biggest month-over-month gain since January 1976. Airline tickets continued their climb higher, rising 7% for the month and 24% from a year ago as more passengers take to the skies. Car and truck rentals rose along with sales prices, jumping 12.1% to compound a 16.2% increase in April and are up 110% from a year ago.

Shelter cost, which make up about one-third of the CPI, rose 0.3% for the month and 2.2% year-over-year. Within that group, an index that includes hotel and motel costs jumped 10% for the 12-month period.

While inflation was rising, weekly jobless claims were continuing to nudge lower.

The total of 376,000 represented a decline of 9,000 from the previous week and marks another low since the March 14, 2020 level that preceded an explosion in unemployment unlike anything the U.S. had seen before.

Continuing claims fell considerably, dropping by 258,000 to a new pandemic-era low of just below 3.5 million. Around the same time a year ago, the total was 18.9 million.

The total of those getting benefits under all federal programs declined by 95,099 to 15.35 million, about half where it was at the same time in 2020. Enrollment continues to decline in pandemic-related programs as the September expiration of expanded benefits nears and as many states are curtailing their programs.

This is breaking news. Please check back here for updates.