A BURNING cargo ship has resulted in environmental disaster for Sri Lanka beaches as they're now coated in toxic plastic pellets.

The X-Press Pearl vessel had sailed from India to Sri Lanka was anchored near Colombo when a fire started on May 20 and intensified over a week. 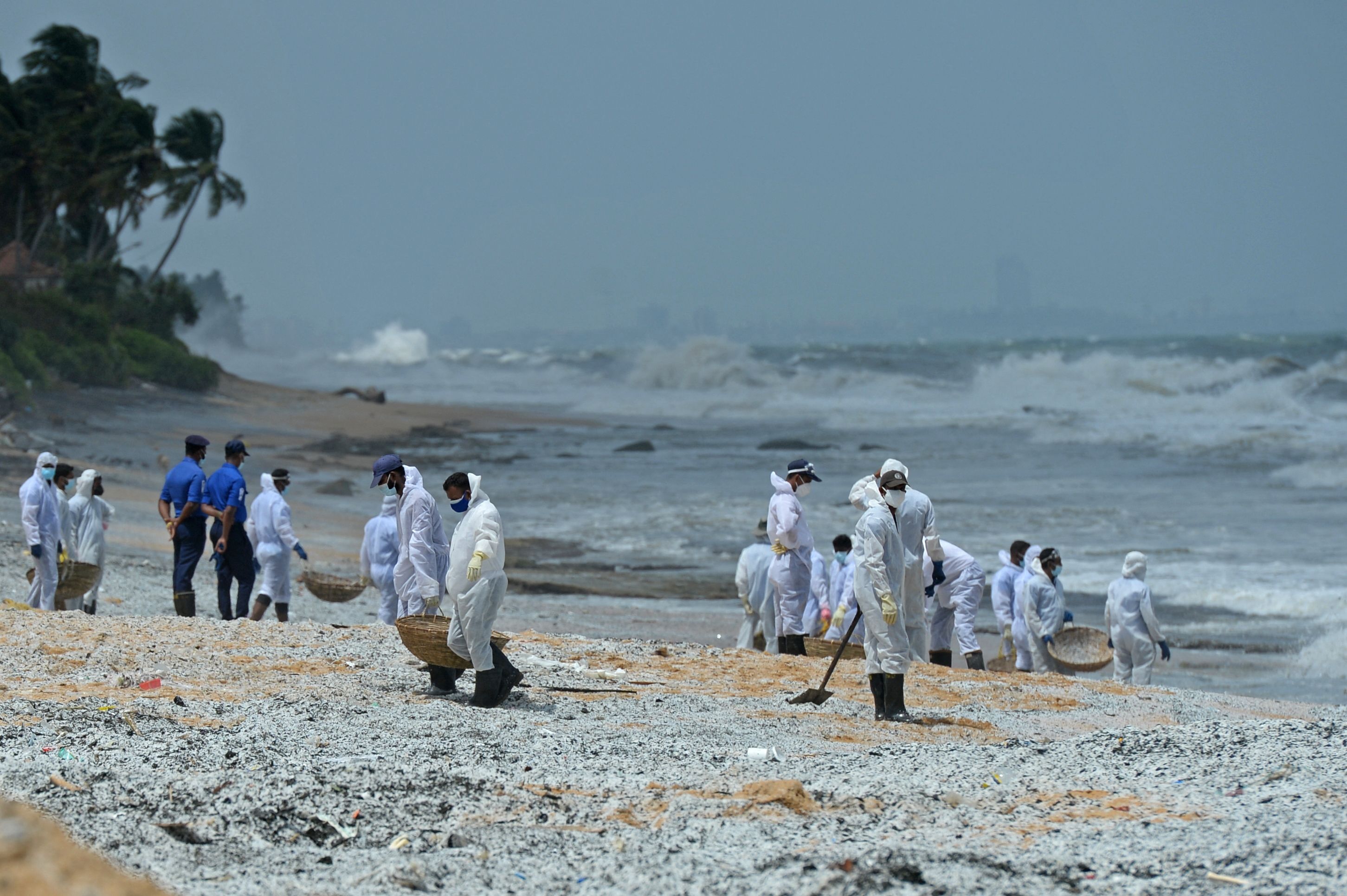 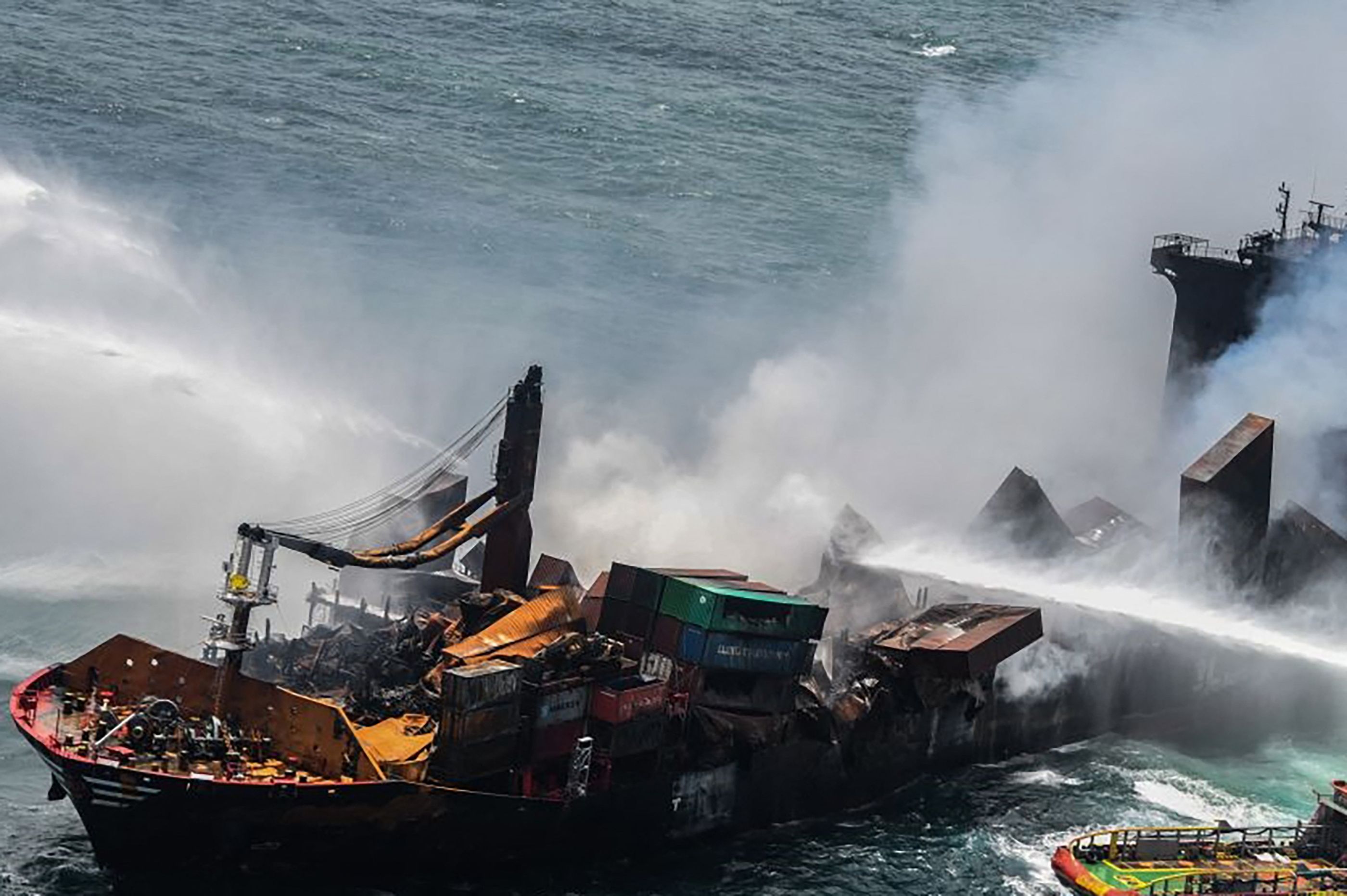 According to the X-Press Pearl Incident Information Center, the 13-person crew and 12-person firefighting crew had to be evacuated from the ship on May 24.

The fire continued to rage and burn through 81 containers full of "dangerous goods", such as the 25 tons of nitric acid said to be on board.

Although the fire was brought under control with the help of the Sri Lankan Navy, smoke continued to pour from the sinking wreckage.

The ship was also carrying 86 tons of plastic pellets that are now a white blanket over Sri Lankan beaches. 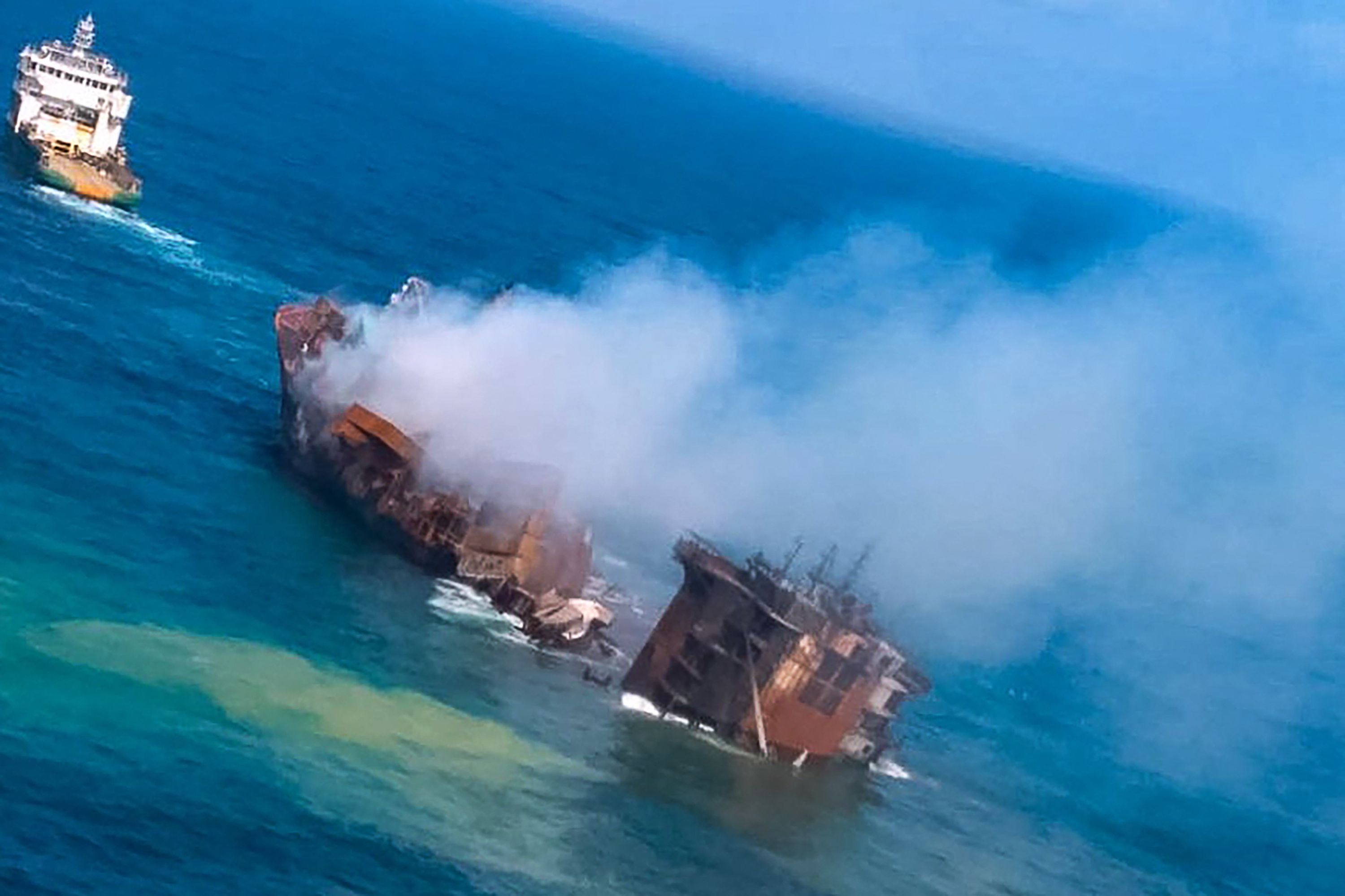 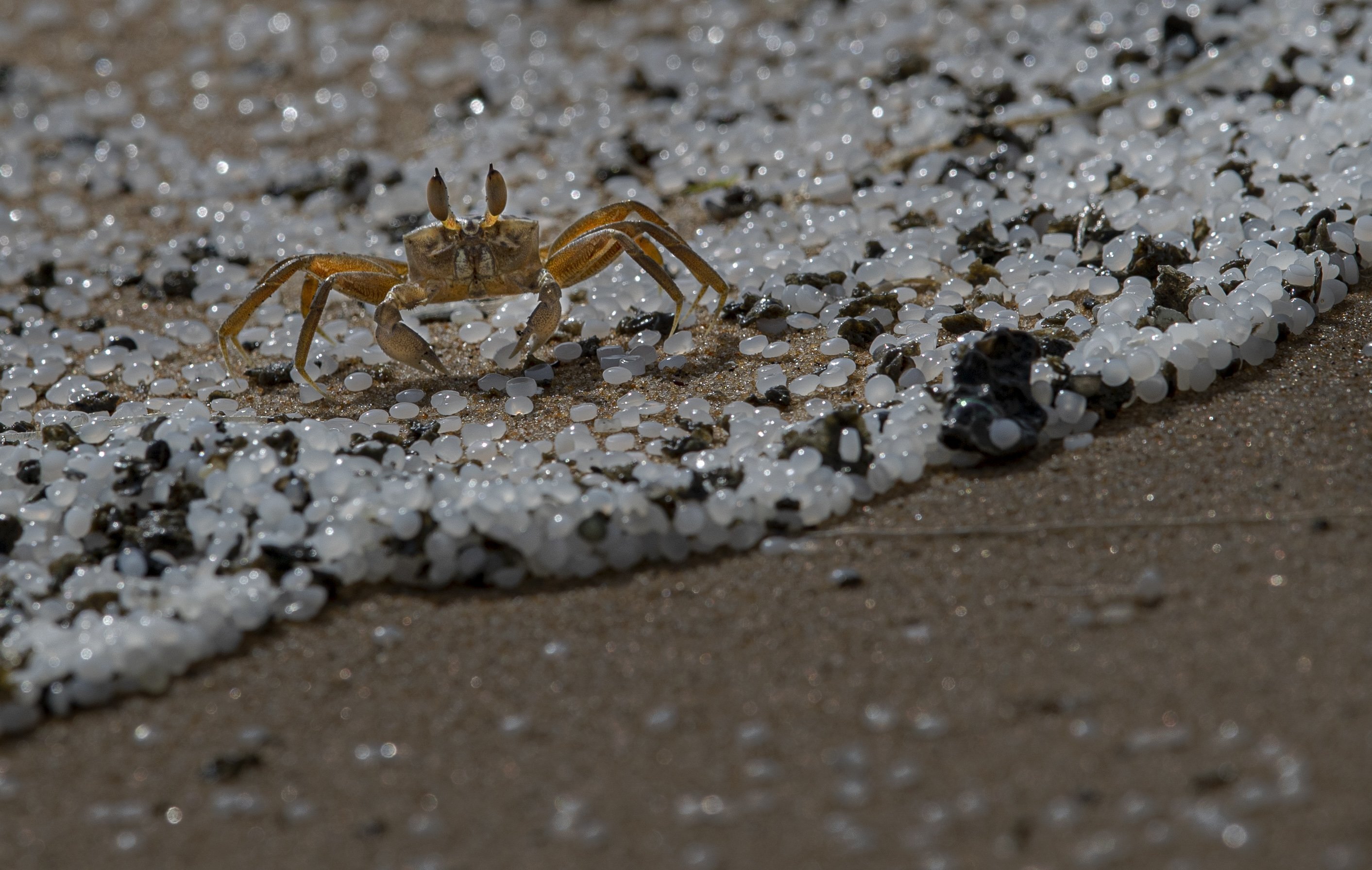 This toxic pellets are having a negative impact on the environment and the animals living there as a clean up team desperately tries to tackle the mess.

Experts are regarding this as one of the biggest environmental disasters to affect the country.

The ship is now sinking and its leaking contents could cause major damage.

According to Mongabay, multiple beaches along the south coast of Sri Lanka have been affected. 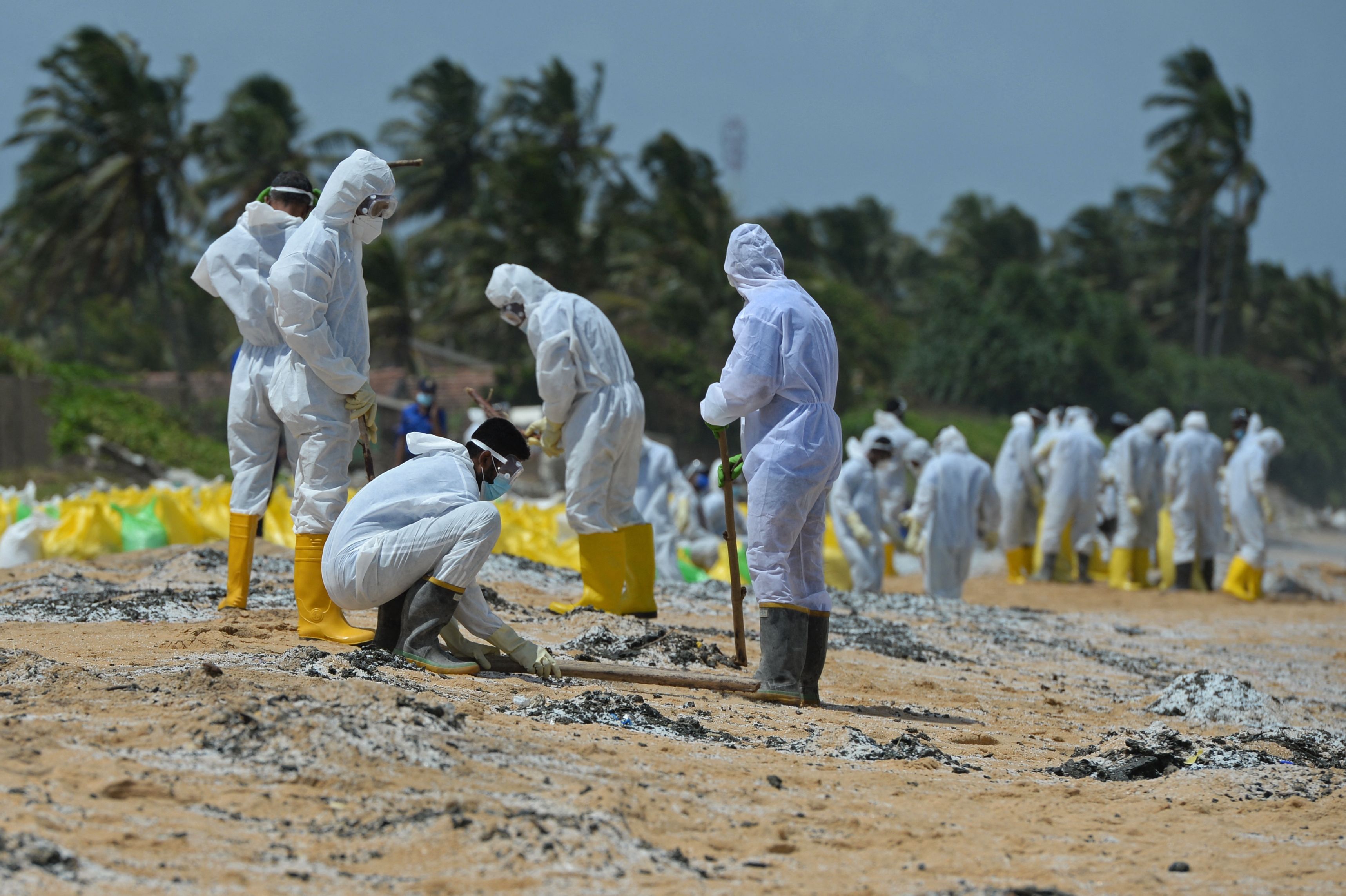 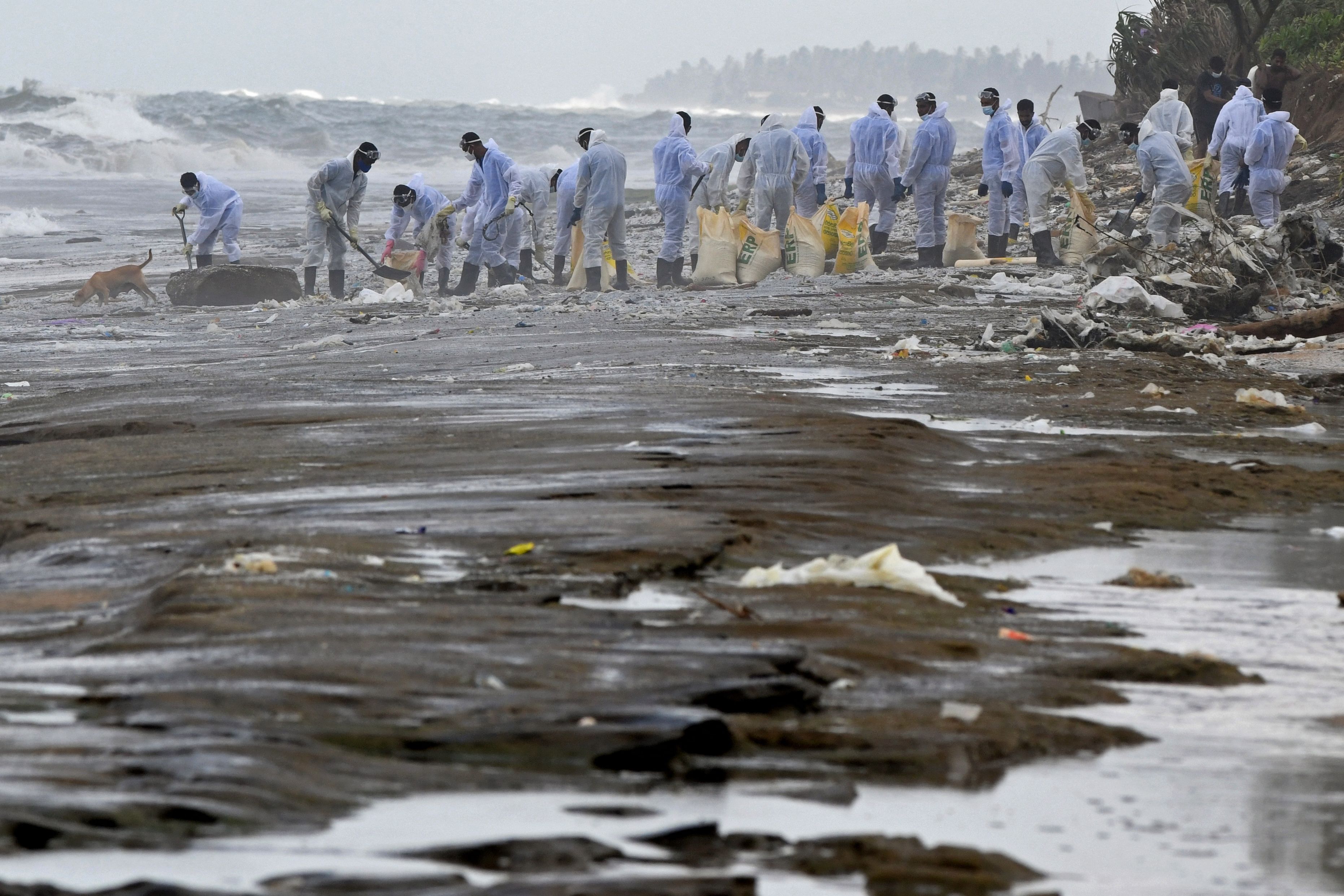 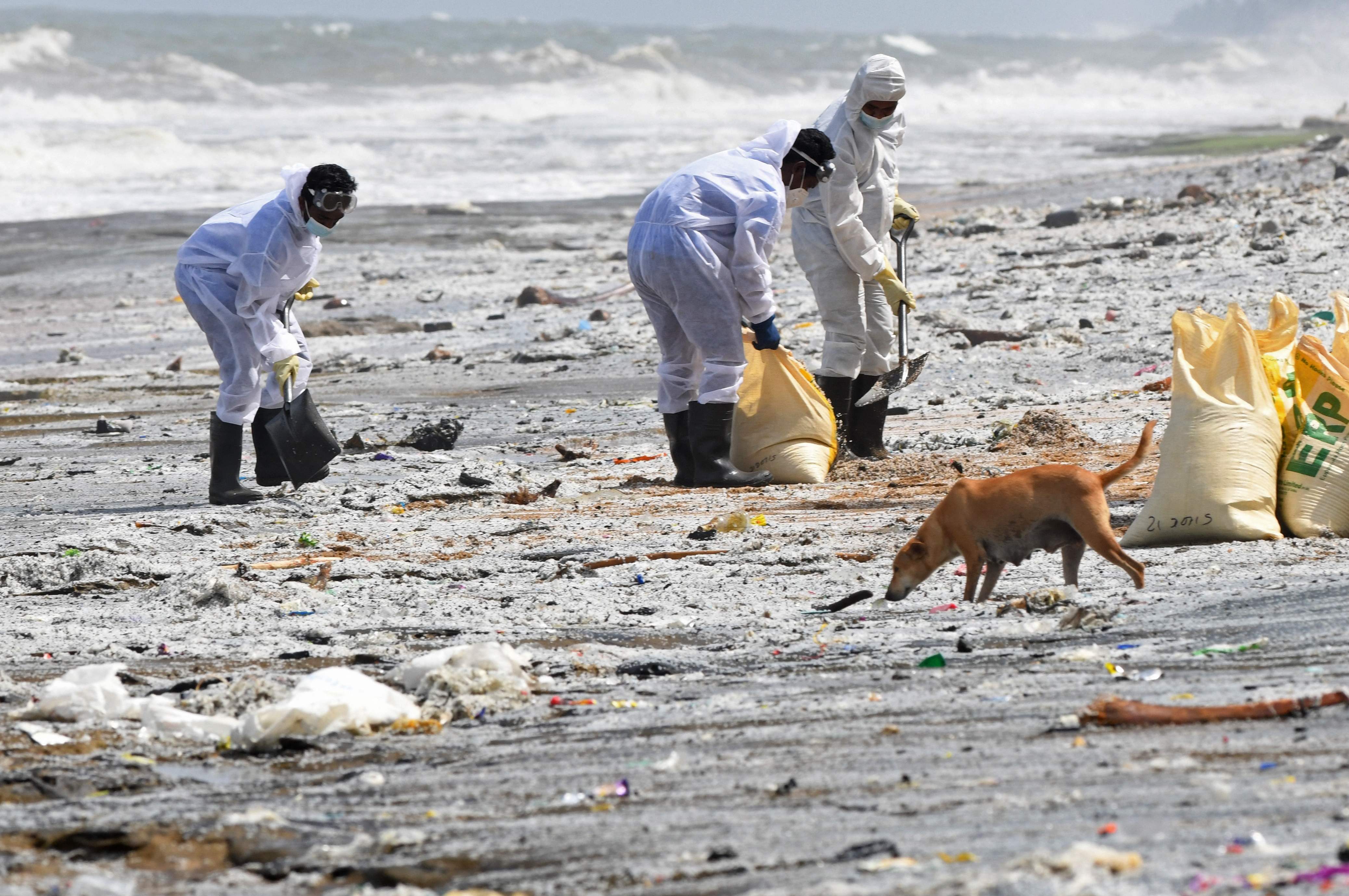 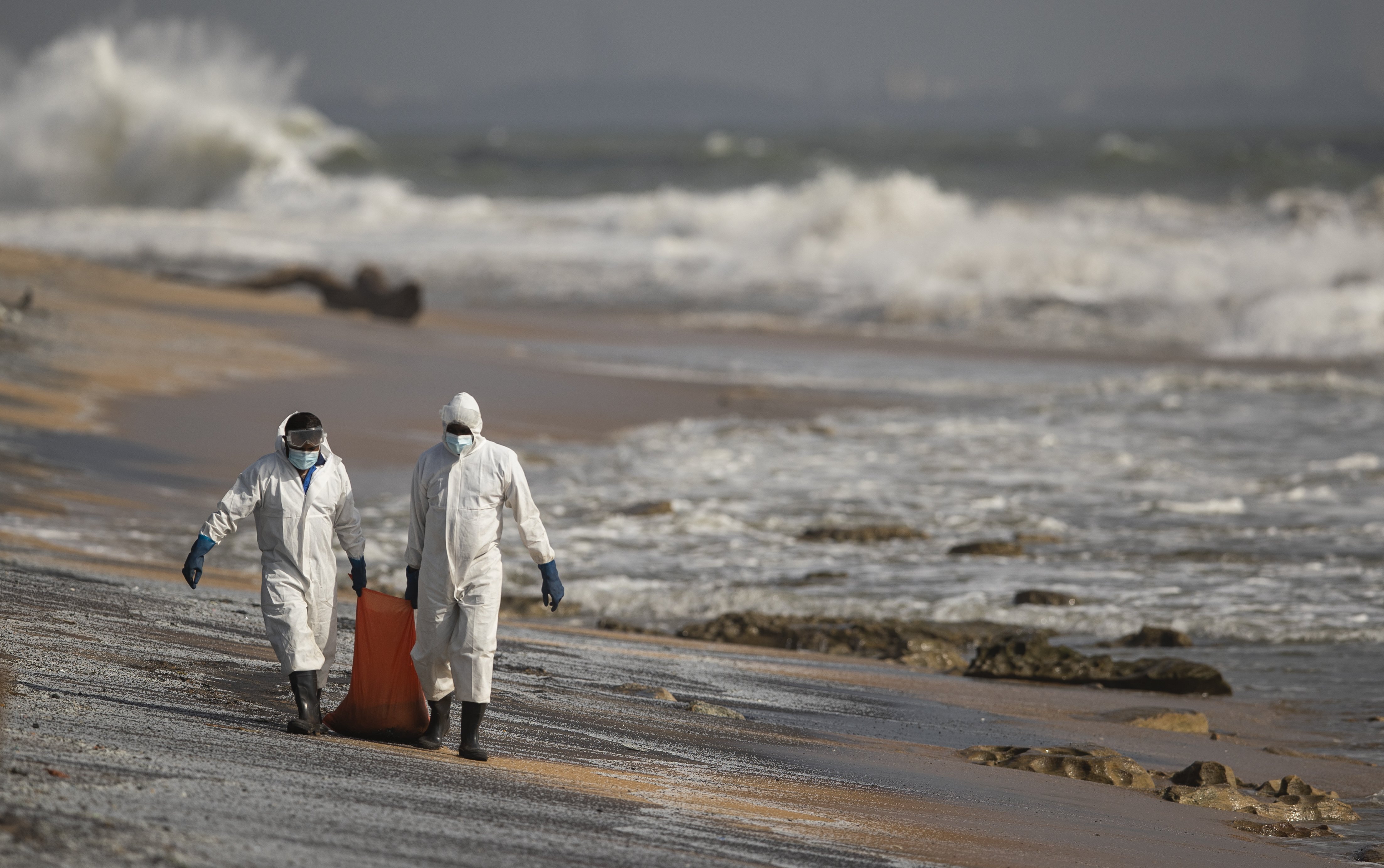 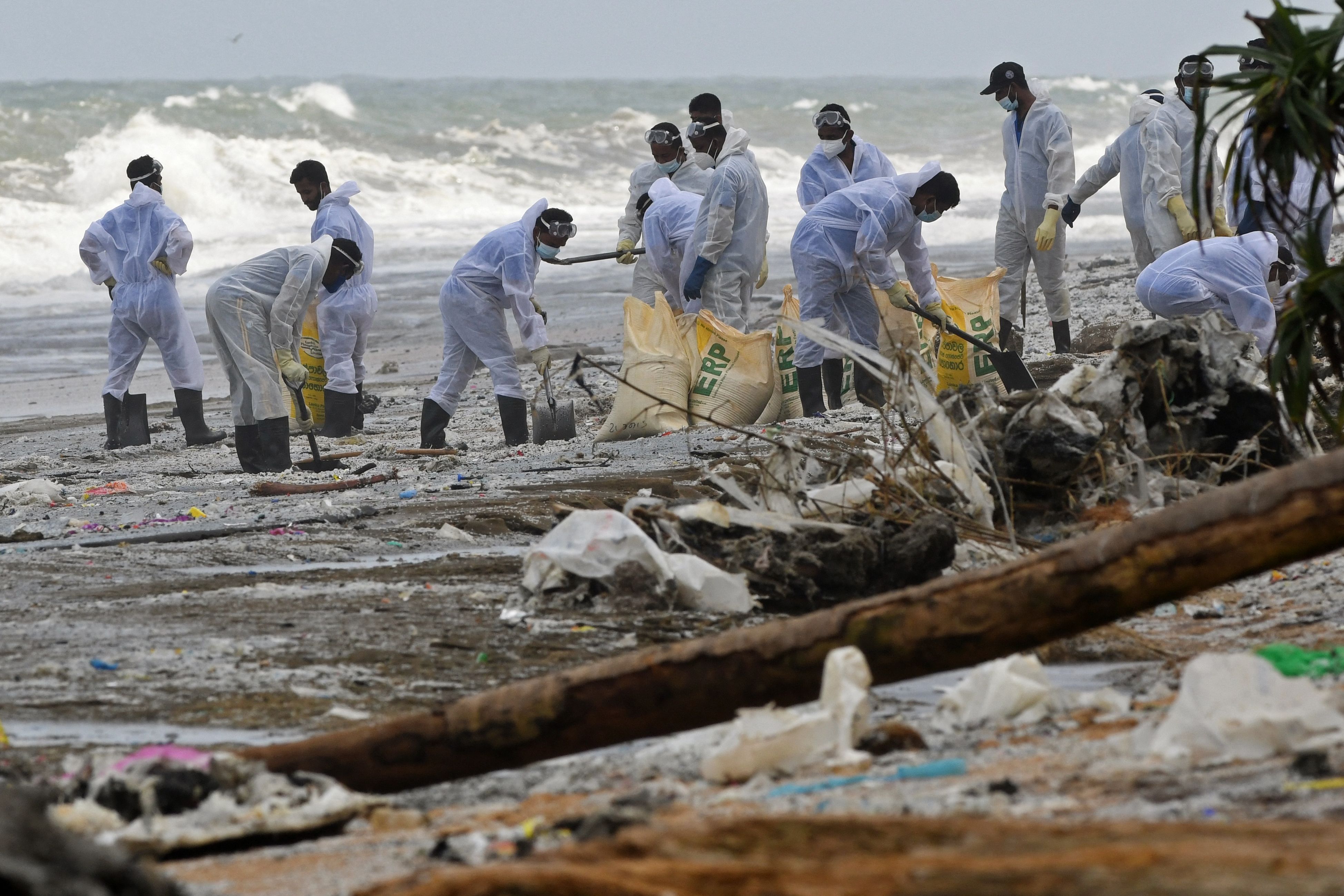 Locals are being warned not to touch the plastic pellets, called nurdles, because they could be contaminated by some of the dangerous chemicals onboard the boat.

Nurdles are often used to make other plastic goods but can absorb chemicals and disrupt the food chain if they're swallowed by animals. 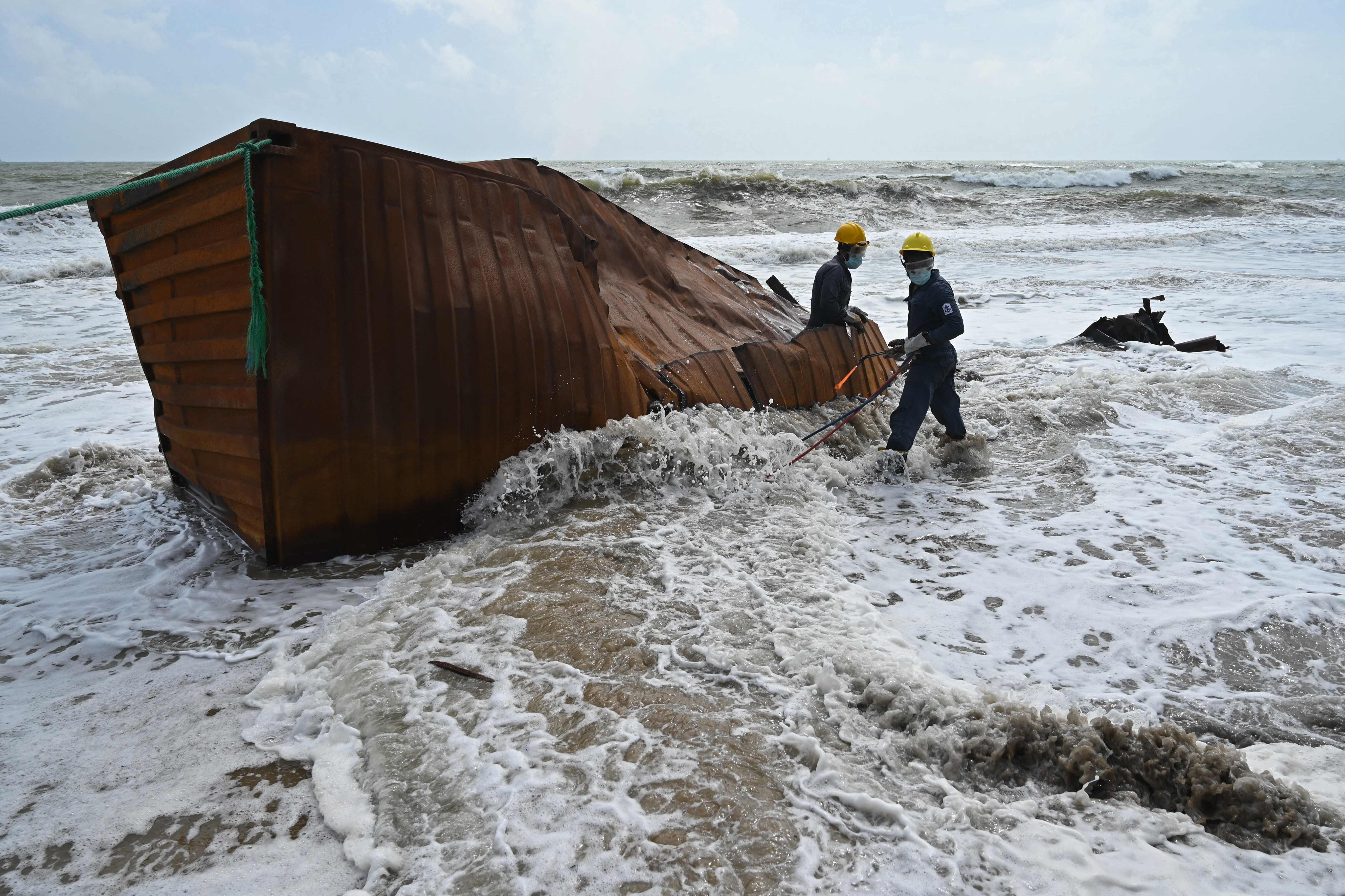 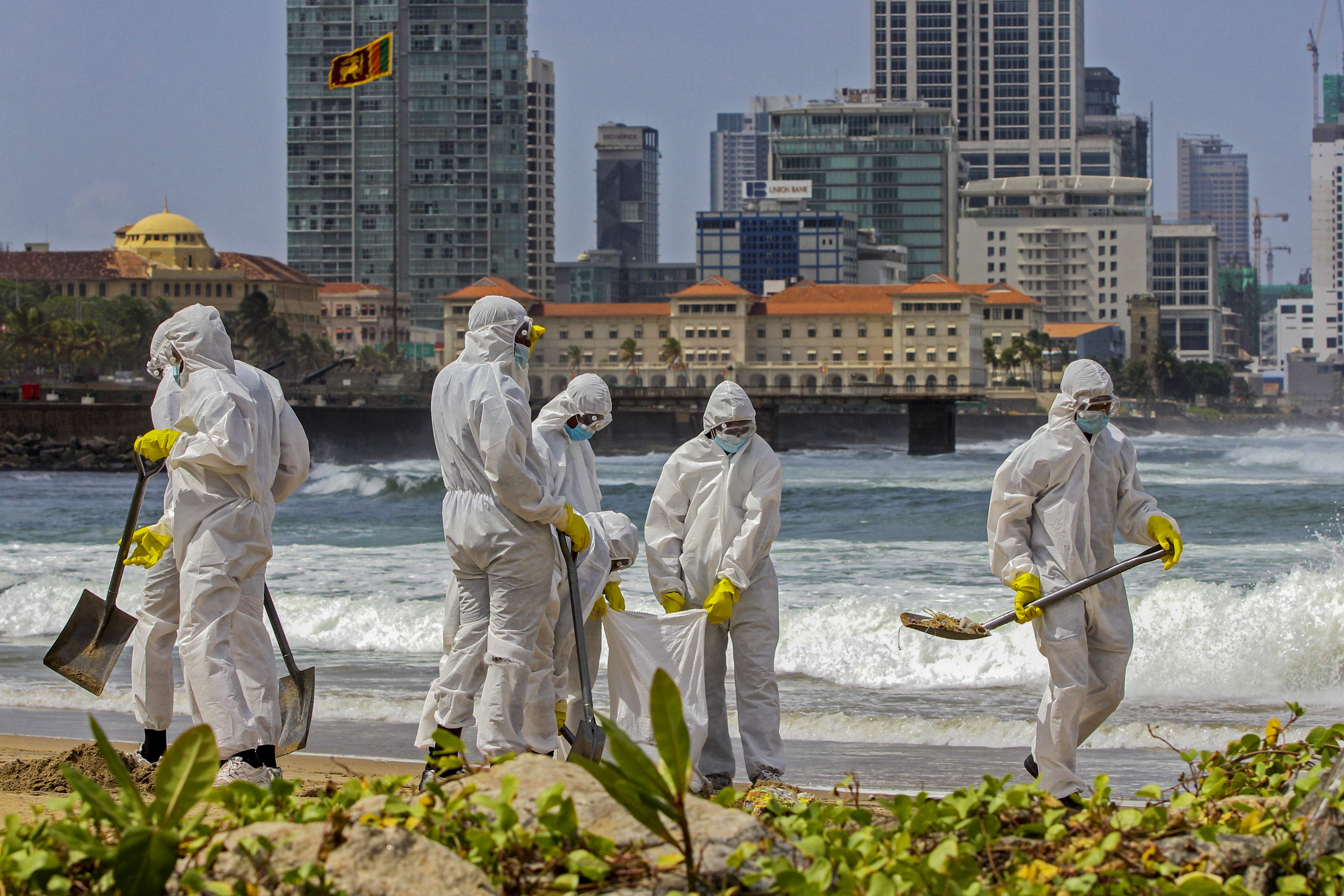 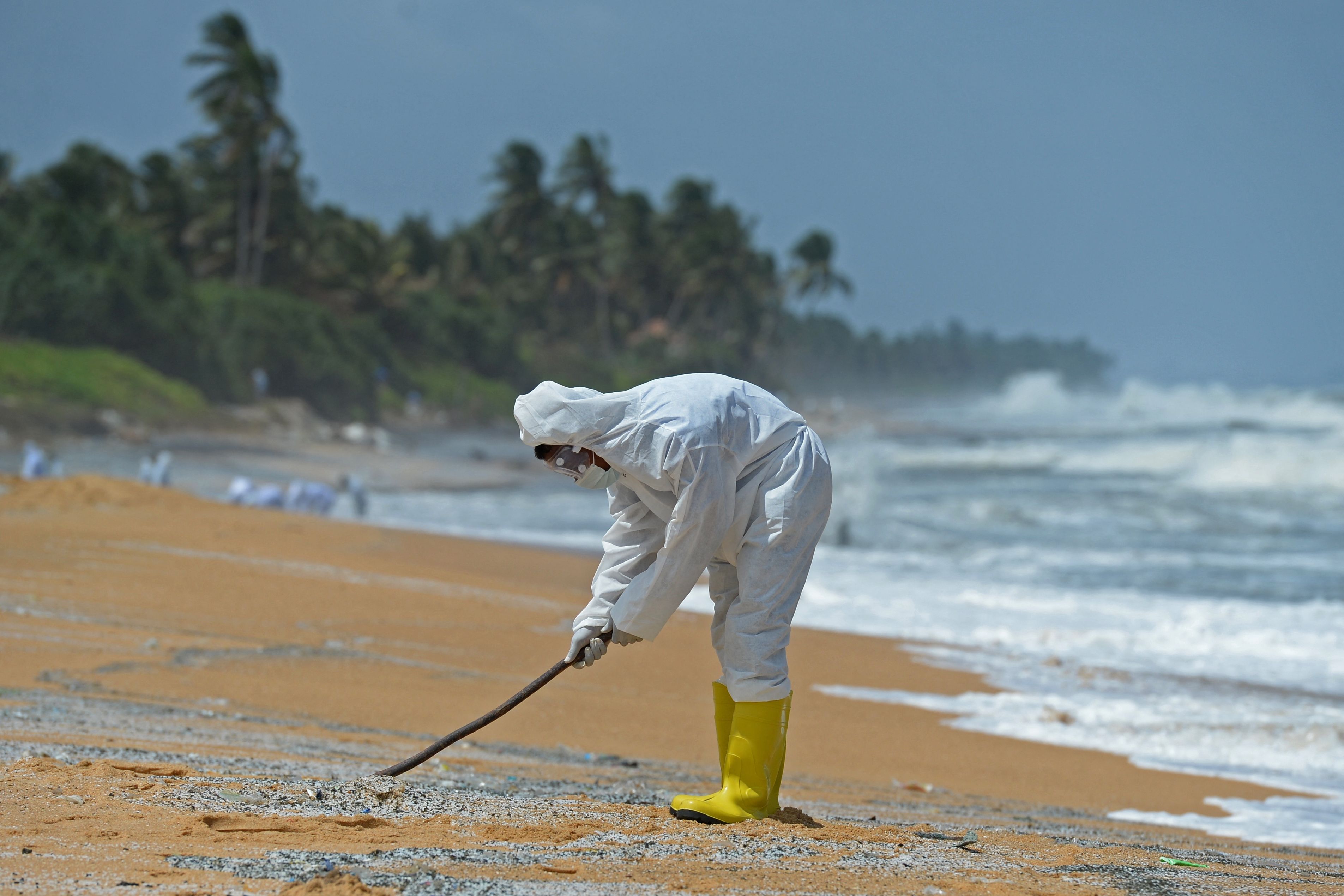 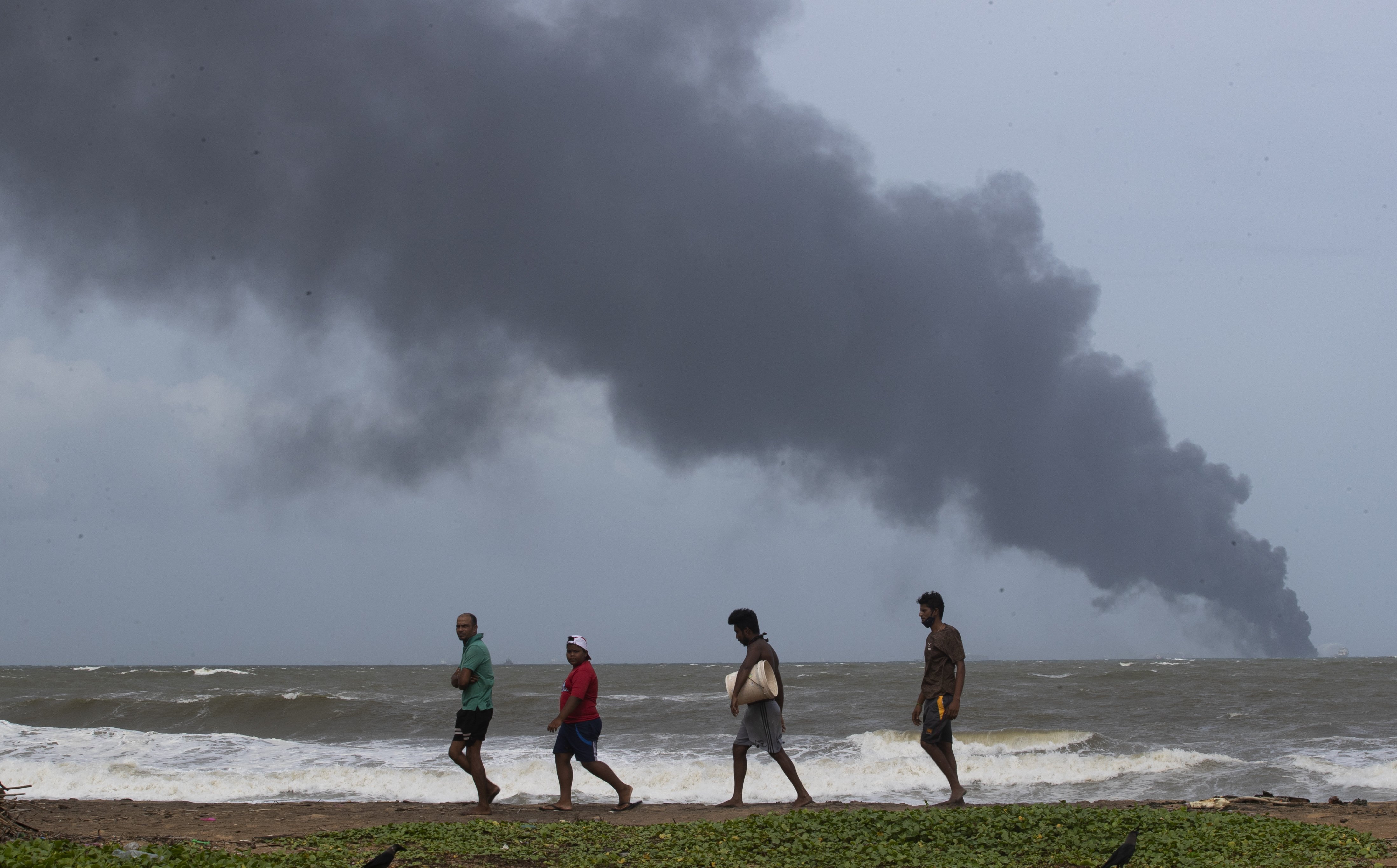 Authorities have had to ban fishing in the area and are analysing dead wildlife.

Sri Lanka's Marine Environment Protection and military are trying to clean up the pellets and stop them flowing back into the water.

Collected nurdles are being taken to a hazardous waste yard for scientific analysis.

It's unclear how long the cleanup operation could take but it could be lengthened by Sri Lanka's nationwide COVID-19 lockdown keeping volunteers away. 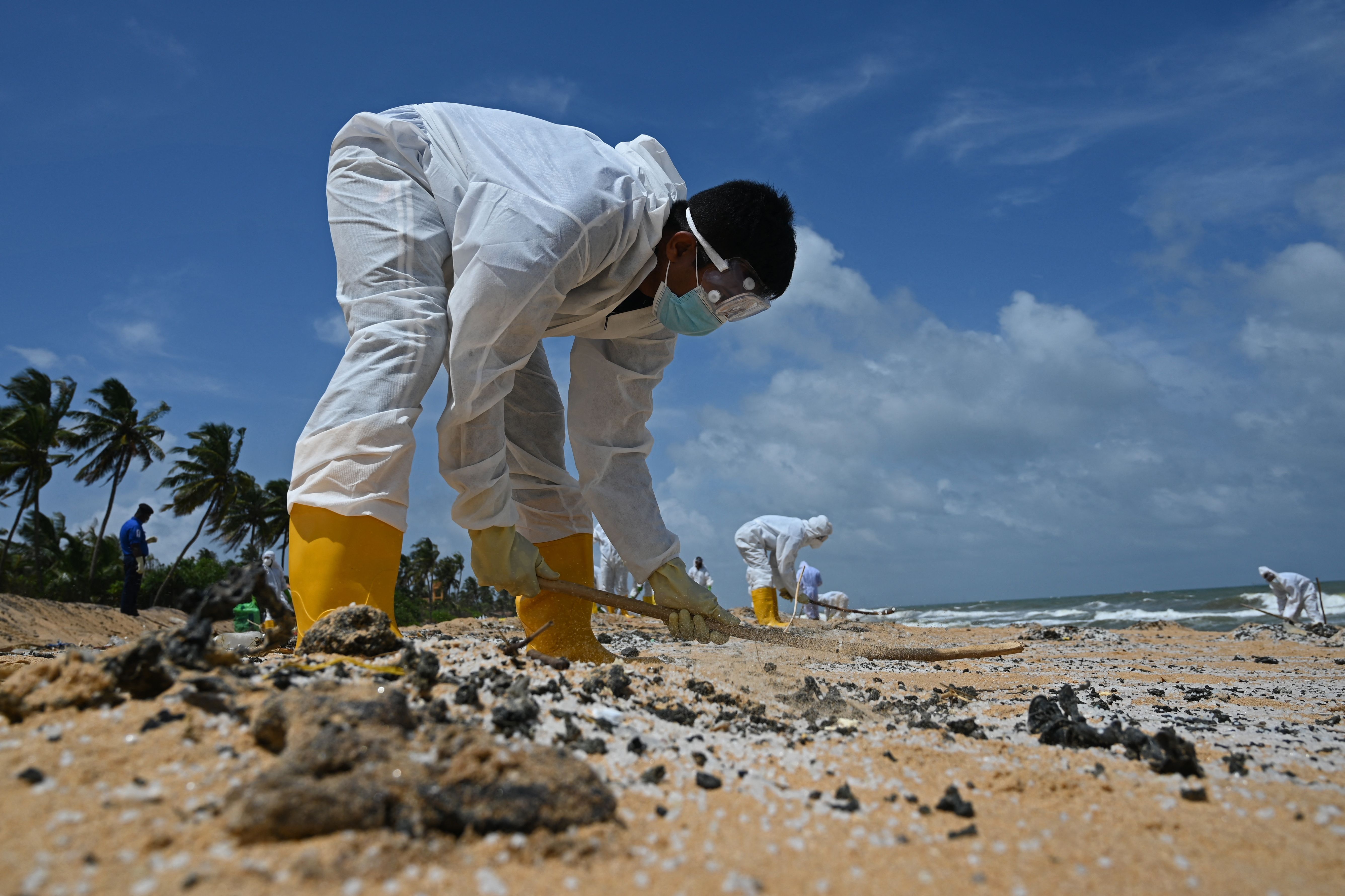 A survey of Sun readers for our Green Team campaign showed that 73% were more concerned about the environment than they were five years ago. And one in five have changed their habits because of something their children or grandkids said about green issues.

We want to know what your kids think about the environment, climate change and the future of the planet. What are their concerns, and what would they like to change? Add your child's comments here. We will print the best.

In other news, the deepest manmade ocean hole in the world has just been drilled off the coast of Japan.

The longest recorded earthquake in the history of the world lasted for 32 years and may have killed thousands, according to new research.

And, a giant slab of ice bigger than Majorca has sheared off from the frozen edge of Antarctica into the Weddell Sea.