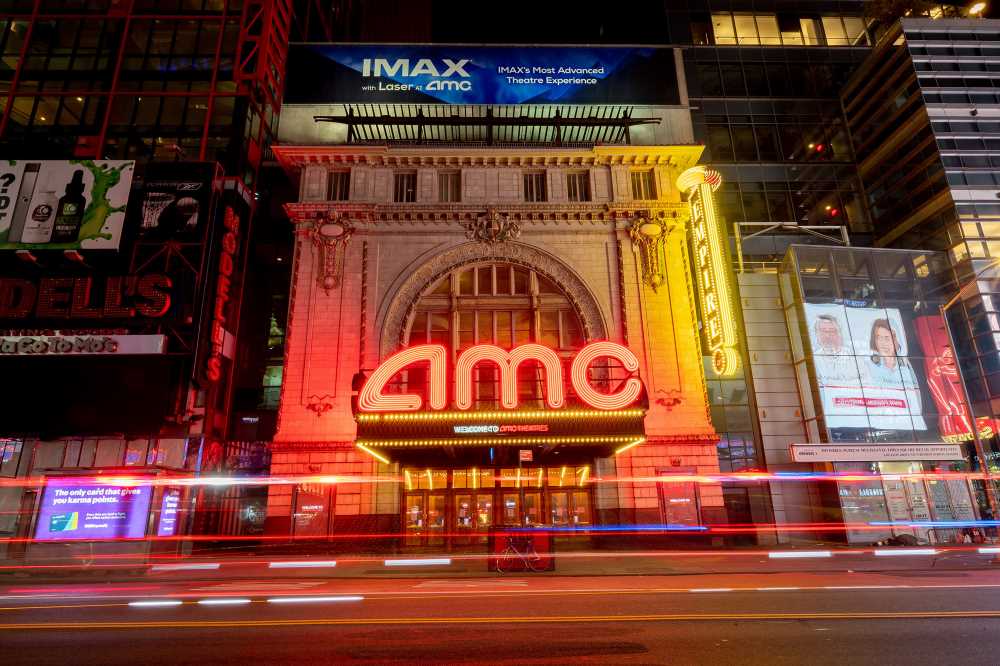 Emily Watson gets ‘Too Close’ in tense psychological thriller

AMC Entertainment announced Tuesday it will raise $230.5 million by selling 8.5 million shares to hedge fund Mudrick Capital, saying it plans to use the cash to “go on offense” by pursuing opportunistic acquisitions across the virus-ravaged movie-theater sector.

The deal with Mudrick values AMC stock at $27.12 a share, valuing the company at upwards of $13 billion — a remarkable number for a stock that had dropped to $4 six months ago as its business was on the brink of bankruptcy amid nationwide COVID-19 lockdowns.

“With this agreement with Mudrick Capital, we have raised funds that will allow us to be aggressive in going after the most valuable theatre assets, as well as to make other strategic investments in our business and to pursue deleveraging opportunities,” AMC Chief Executive Adam Aron said in a statement.

AMC shares on Tuesday were recently up 15 percent at $30.12. While the company has struggled through the pandemic, its shares have gotten a massive boost from day traders who have organized on Reddit to push so-called meme stocks including AMC, Gamestop, and Blackberry higher. AMC stock is now up more than 1,000 percent year to date.

Skepticism still reigns on Wall Street. Aside from the massive debts it has amassed to stay afloat over the past year, many analysts question whether AMC and other theater chains can adapt as people increasingly watch entertainment at home. Lightshed Partners analyst Rich Greenfield has given AMC shares a one penny price target, predicting the company will never generate cash again.

In a Tuesday securities filing, AMC admitted that its current market capitalization “reflects valuations that diverge significantly from those seen prior” and that “purchasers of our Class A common stock could incur substantial losses if there are declines … driven by a return to earlier valuations.”

“With our increased liquidity, an increasingly vaccinated population and the imminent release of blockbuster new movie titles, it is time for AMC to go on the offense again,” Aron said.