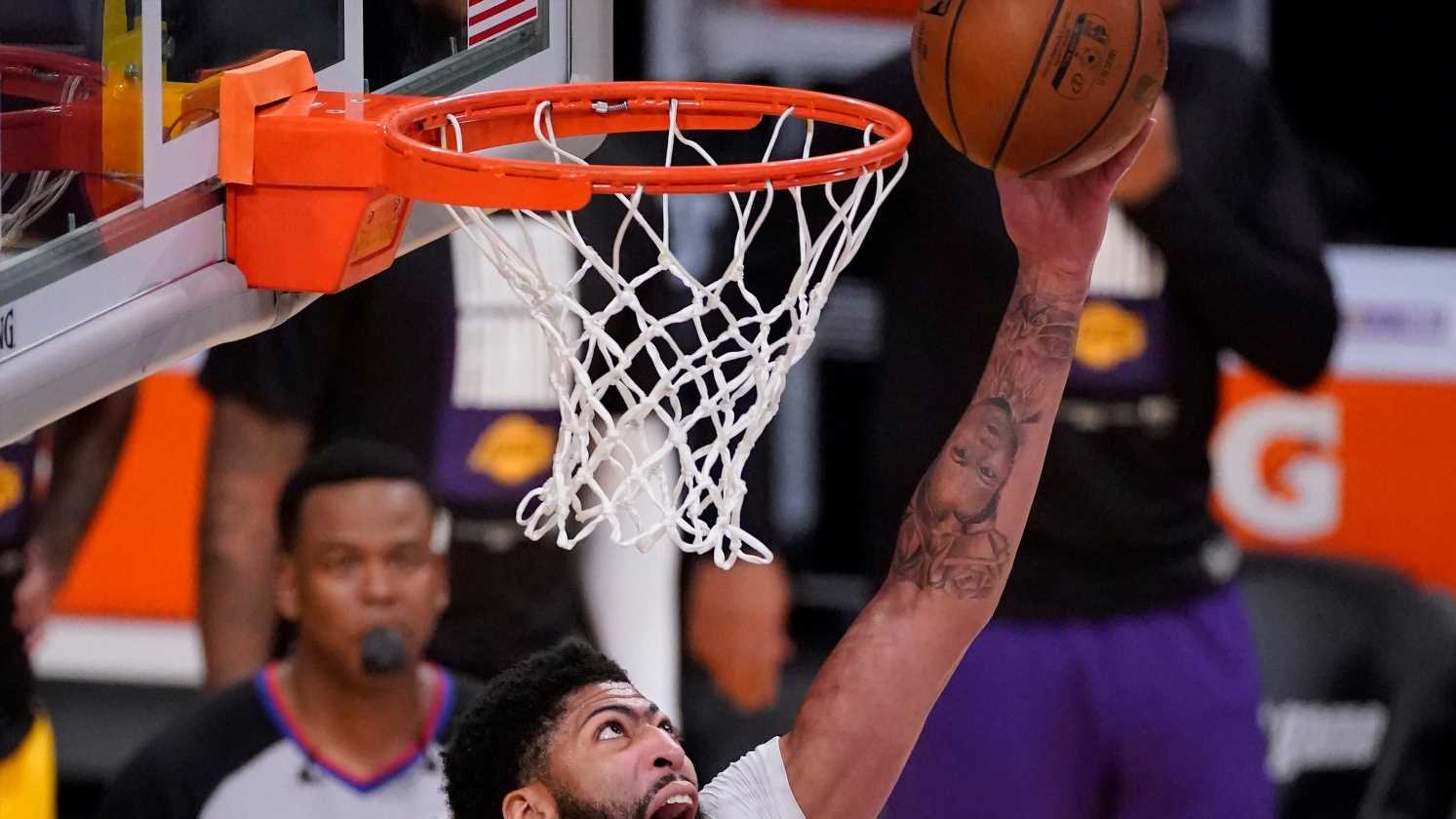 LOS ANGELES – One Lakers star has dealt with pain with a right high ankle sprain ever since injuring it nearly two months ago. But LeBron James still vowed to fight through his ailment.

Another Lakers star has dealt with pain with a hyperextension in his left knee ever since landing on his left leg awkwardly in his most recent game. But Anthony Davis still insisted on having a similar attitude with his ailment.

Therefore, the most encouraging development out of the Lakers’ 109-95 victory over the Phoenix Suns in Game 3 of their first-round series goes well beyond the obvious implications with having a 2-1 series lead. It points to James and Davis performing well while showing encouraging signs with their injuries.

James finished with 21 points and nine assists, including 10 in the third quarter while either driving aggressively to the basket or facilitating the offense. Most importantly, James showed the kind of sharpness that he lacked during a two-game return following his initial 20-game absence and even when he shed off his rust for the last two regular-season games. Even compared to the Lakers’ first two playoff games, James showed progress simply by appearing more geared toward finding shots at the rim as opposed to just behind the 3-point line.

Obviously, James will mostly try to make plays for Davis, who had a team-leading 34 points while shooting 11-of-22 from the field and 12-of-14 from the free-throw line and collecting 11 rebounds. He scored 18 of those points in the third quarter despite hyperextending his left knee after performing a chase-down block on Suns guard Devin Booker with 2:36 left in the second quarter. And just like he showed in a bounce-back performance in Game 2, Davis scored his points mostly by attacking the basket and dominating the paint instead of settling for jumpers.