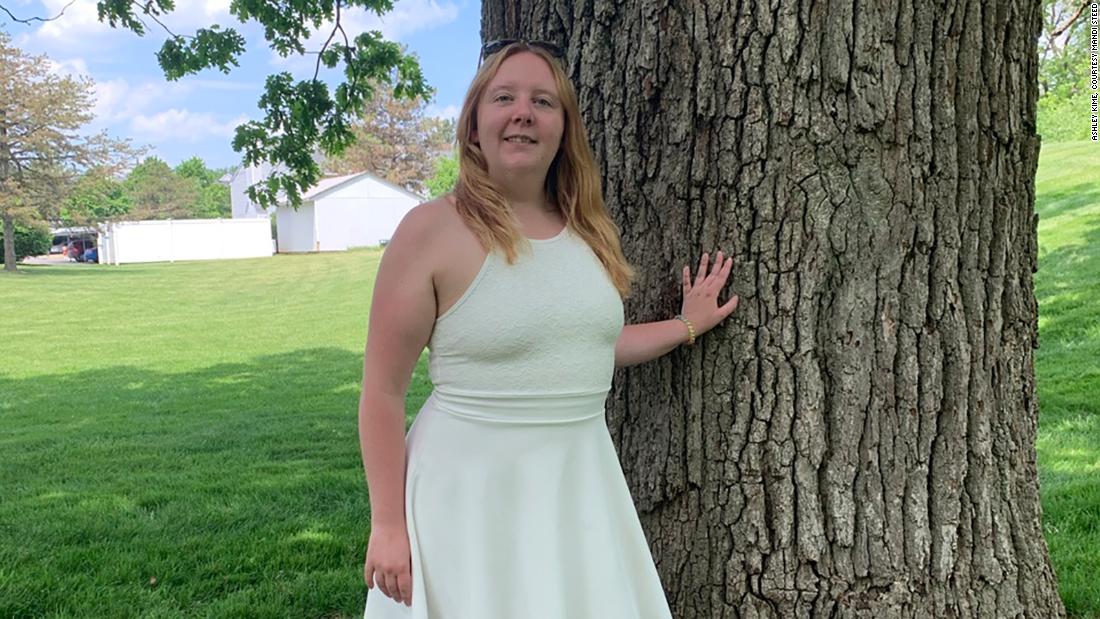 New York (CNN Business)After about four years at The Sports Bar, a neighborhood restaurant in Ann Arbor, Michigan, Mandi Steed put in her two weeks notice this past spring.

It wasn’t an easy decision. Steed, who is 29, had been working in restaurants for over a decade, and she was a fan of this one in particular. She loved her co-workers, and she had built up a rapport with customers, many of whom came in regularly. But in the past year, things fell apart.
In the early stages of the pandemic, her hours were cut by a third. They started to come back last fall, but since the restaurant was operating at limited capacity, she was making less in tips.

And it wasn’t just her income that was suddenly unreliable. So were the customers she thought she knew, she said.

“I’ve literally been asked to take my mask off, so that [customers] could see me smile, or they were not going to tip me,” she said. Steed had been shocked by the attitude of some of her regulars, who questioned the state’s mask mandate. They “were like totally different people,” she said. 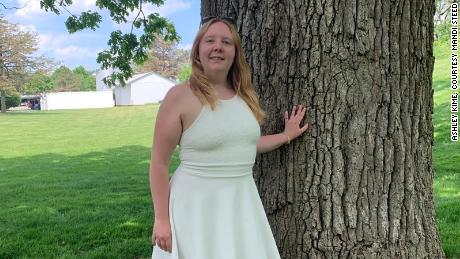 Restaurant jobs are notoriously hard: Workers are on their feet all day, often interacting with customers who can be rude or disrespectful, often for little money.
During the pandemic, the job got even harder. For many, it was unstable, with restaurants shutting their doors abruptly last spring and operating at limited capacity throughout the year, sometimes closing again if workers fell ill. Essential workers like restaurant employees risked getting sick with Covid-19 while many office workers were able to work remotely.
Now some workers like Steed aren’t going back. The exodus is one factor in a labor crisis for restaurant operators, who say that hiring has become a huge challenge. A number of chains, including Olive Garden owner Darden Restaurants (DRI), Chipotle (CMG) and McDonald’s (MCD), have announced that they are raising wages in a bid to attract new employees.
Some former restaurant workers say they found options outside the industry that they consider to be a better fit. Ben Carnahan, in Bend, Oregon, signed up to drive for Lyft and Uber (UBER) just before the pandemic hit to help pay for his new car. After he got laid off from his job as a cook last year, he decided to drive for the rideshare companies full-time.
“I’m making about double what I did in the kitchen,” he said. “It’s just a better, nicer job. I get to set my own hours. I have complete and total autonomy and freedom. I’m not getting cuts and burns and working in a 110 degree kitchen and getting occasionally screamed at by a chef.” 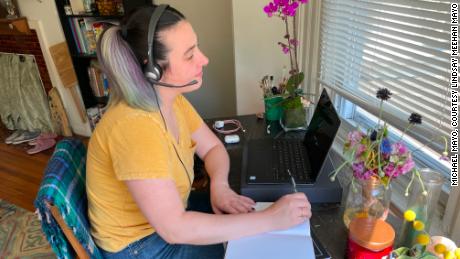 For Lindsay Meehan Mayo, a former executive pastry chef, getting furloughed last year presented a chance to rethink her career path.
Mayo now works two part-time jobs for mental health and peer support groups. It can be hard to toggle between the two, and the pay is “significantly” lower, she said. But she still feels that the move is the right one. “I feel so good about what I’m doing now,” she said. She likes helping people and “working from home is wonderful,” she said.
The pay cut means she’s putting less away in savings and is careful about spending money on luxuries like restaurant meals, Mayo said, but she and her spouse have not had to dip into their savings.

Steed, the former server in Michigan, got her start in foodservice at a Panera Bread location through a work for credit program at her high school. She was later pursuing a chemistry major in college and was intrigued when a professor used cooking to demonstrate reactions. She switched to culinary school and, though she didn’t complete the program, continued working in restaurants after that.
About four years ago, she found a job at the Sports Bar.
Steed describes herself as a social person and says she liked being in an environment where she got to interact with different kinds of people. The bar attracted regulars who would come in often and with whom Steed had become friendly. She even connected with some of them on social media.
The Sports Bar closed from March to June 2020. Steed, who had been working double shifts regularly before the pandemic because the bar was often short-staffed and because she liked being at work, had her hours capped at 40 per week once she got back, preventing her from earning overtime pay.
Her hours stayed low over the summer, and then started ticking up again when employees who were students went back to school in the fall. But even as her hours increased, it wasn’t the same as before: The restaurant, which has a full menu and table service, was short-staffed. Steed was spread thin between tables, and the tips she was earning weren’t as good since she couldn’t pay as much attention to each party. The environment had become stressful.

“You knew how hard it was going to be to get through the night,” she said. And then there were the customers. “You knew the interactions that you were going to have with people, and they weren’t going to be great.”
Rick Buhr, who owns The Sports Bar along with his son, said that getting customers to wear their masks and maintain their distance was difficult.
“Mandi was one of the people that really stepped up and … was working a ton of hours, filling in, and I’m sure it wore on her,” he said. “We lost a lot of good people who either got other jobs or decided to leave this industry for something else.”
When Covid-19 cases surged in Michigan earlier this year, Steed started thinking about looking for a second job to make up for lost income, and to make sure she’d have money coming in if the restaurant was shut down again. 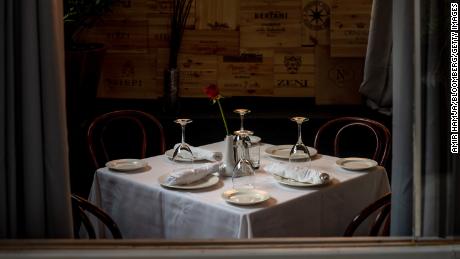 Instead she wound up quitting after a difficult day.
“I was running around like crazy, having to deal with all of the problems that come up in a restaurant, from undercooked food to whatever it is that is displeasing the [customer] at the moment,” Steed said.
She decided the job wasn’t worth it anymore. Soon after that, Steed found a new position as an office assistant at an insurance firm and put in her two weeks notice.
When she first made the decision to leave The Sports Bar, Steed felt heartbroken. But with some distance and a new job, she can see how taxing working in restaurants really was. Now, she wouldn’t want to do it again unless she knew her income wouldn’t rely on tips.
“For me to go back, it would have to be guaranteed pay,” she said. “A guaranteed pay with benefits.”

Now she makes about the same as she did before the pandemic, but in 40 hours a week instead of the 60 or 70 she was putting in at the bar pre-pandemic. She has benefits and weekends, and is working on getting licensed to be a sales agent.
“If I’m at my desk now for too long, people come check on me and ask me if I need a break,” she said. “It’s just like, a totally different atmosphere. And I love my new job. It’s amazing.”
Source: Read Full Article