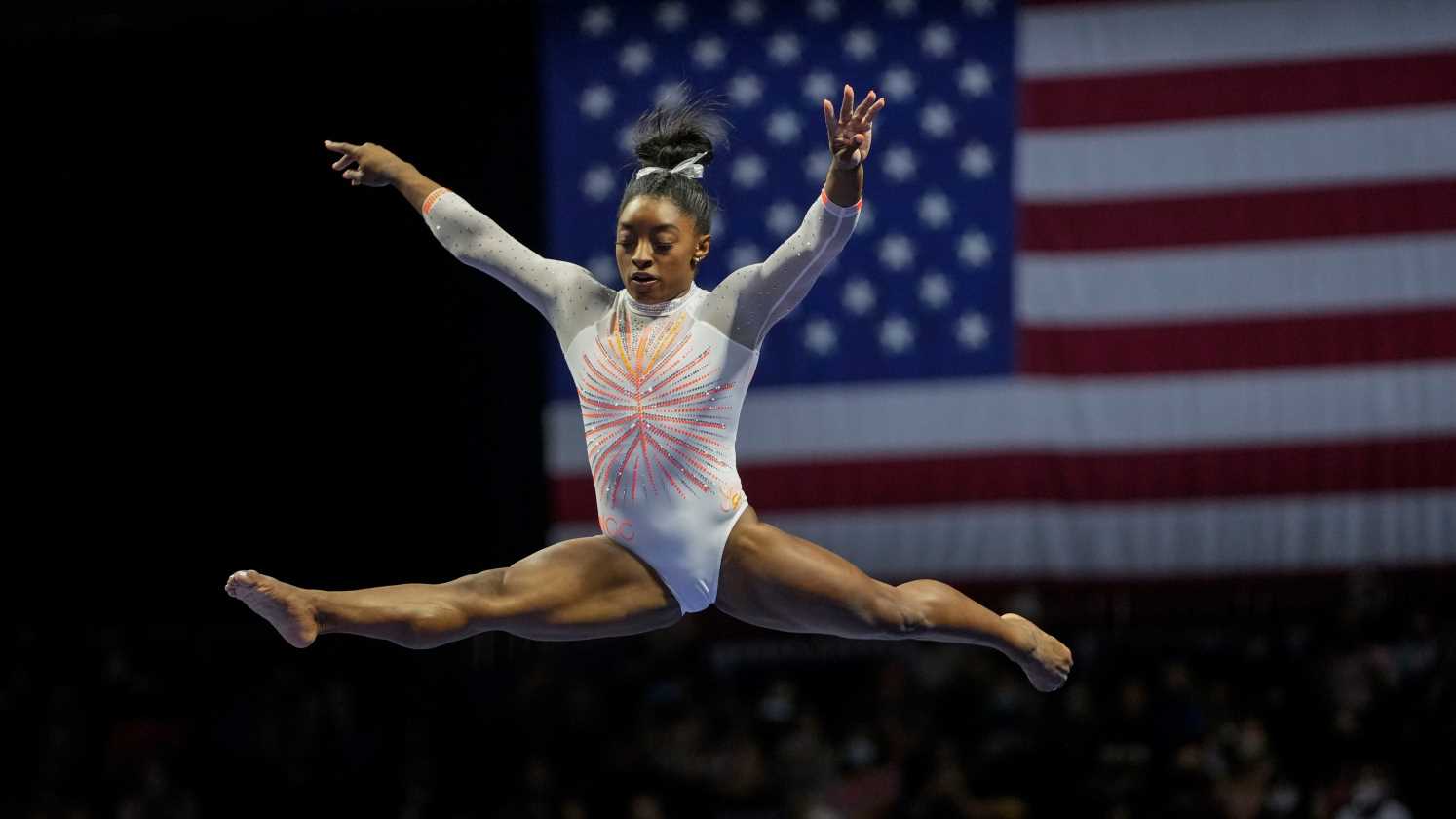 Simone Biles makes history in return to competition at US Classic

No matter how many superlatives are used to describe Simone Biles and her greatness, it’s not enough. Not even close. Competing in her first meet since the 2019 world championships – that’s 587 days, for those counting – Biles became the first woman ever to compete a Yurchenko double pike vault at the U.S. Classic in Indianapolis on Saturday (watch her land it here). When it’s officially recognized by the International Gymnastics Federation, likely before the Tokyo Olympics, it will be the fifth skill named for Biles. Wearing a white leotard with a rhinestone goat — a nod to her status as the greatest of all-time — the 24-year-old won the U.S. Classic with a score of 58.4 — more than a point higher than teammate Jordan Chiles, even with a fall on uneven bars.

A manhunt was underway Sunday for a gunman who opened fire at a crowded house party in New Jersey, killing two people, wounding 12 more and shocking a quiet, rural community 50 miles south of Philadelphia. State Police, called to the scene just before midnight Saturday, said they arrived to find the bodies of a 30-year-old man and a 25-year-old woman. One of the wounded partygoers was hospitalized in critical condition, police said in a statement. On Sunday, police with dogs were patrolling the perimeter of the expansive property. “Nobody knows when someone’s going to come out of the woods with a gun,” Fairfield Township Mayor Benjamin Byrd Sr. said.

COVID-19 cases, deaths fall to numbers not seen in almost a year

New cases across the U.S. – now at a seven-day average of less than 30,000 per day – have tumbled to rates not seen in more than 11 months, sparking optimism that vaccination campaigns are stemming both severe COVID-19 cases and the spread of the virus. Hospitalizations and deaths steadily declined last week, with the average number of deaths over the last seven days down to 552. Hugs and unmasked crowds returned to the White House, a Mardi Gras-style parade marched through Alabama’s port city of Mobile, and states that have stuck to pandemic-related restrictions readied to drop them. Still, experts warn the pandemic is not over as variants continue to circulate around the world.

At least 21 ultramarathon athletes died after brutal weather swept across a mountainous area of northwest China during a race, state media reported Sunday. Another 151 participants in the 100 kilometer race – 62 miles – in Baiyin City in Gansu Province were accounted for, with eight hospitalized in stable condition, local rescue headquarters reported. The officials said a sudden, dramatic change in the weather during Saturday’s race — hail, freezing rain and gales — hit the area of the race’s high-altitude stage as runners were climbing 6,500 feet above sea level in shorts and t-shirts. Among the dead was Liang Jing, 31, an ultramarathon champion and three-time winner of the race.

At least three people were killed and three others were wounded in shootings Sunday outside a bar in Youngstown, Ohio, police said. Chief Carl Davis of the Youngstown police department said gunfire was reported shortly after 2 a.m. Sunday in the area of the Torch Club Bar & Grille in Youngstown. Authorities said no one was in custody, but they were talking to several individuals. Mayor Jamael Tito Brown said that, as a father of four, unnecessary violence involving young people “just continues to pull at my heart.”

This is a compilation of stories from across the USA TODAY Network. Contributing: Associated Press.