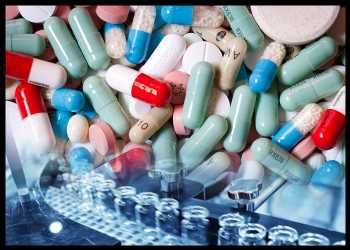 This clinical-stage oncology company, developing therapeutics for patients suffering from rare and aggressive cancers, made its debut on the NASDAQ Global Market on May 8, 2020, by setting a public offering at $15.00 per share.

The company has two product candidates – AL101 and AL102 that have a potential to treat a variety of tumors in underserved patients, including: Desmoid tumors, Adenoid cystic carcinoma, Triple negative breast cancer and T-cell acute lymphoblastic leukemia.

Adenoid Cystic Carcinoma (ACC) is a rare malignancy of the secretory glands including salivary glands, accounting for about 10% of all salivary gland tumors with an annual incidence of 3,400 in the U.S. There is currently no approved standard of care for patients with recurrent/metastatic ACC.

Additional data from ongoing ACCURACY trial is expected to be reported in mid-2021.

Interim data from the TENACITY trial is expected in the second half of this year.

Another indication that is being explored with AL101 is T-cell acute lymphoblastic leukemia, with a phase II trial expected to be initiated next year.

Next up in the pipeline is AL102, which is expected to move into a pivotal phase II/III trial in patients with Desmoid tumors, dubbed RINGSIDE, in the first half of 2021.

A phase I clinical trial evaluating AL102, in combination with Novartis’ investigational anti-B-cell maturation antigen (BCMA) agent, WVT078, for the treatment of patients with relapsed and/or refractory multiple myeloma is also underway.

Ayala Pharma has an agreement with Novartis that was signed in December 2018, under which Novartis is responsible for the conduct and expenses of any trials of AL102 in combination with their BCMA-targeting agents, as well as potential commercialization, in multiple myeloma. Ayala retains worldwide license rights to AL102 in all other indications.

Ayala ended the year 2020 with cash and cash equivalents of $42.4 million. In February 2021, the company announced a $25 million strategic financing with investors including Redmile Group and SIO Capital Management, extending its cash runway into 2023.